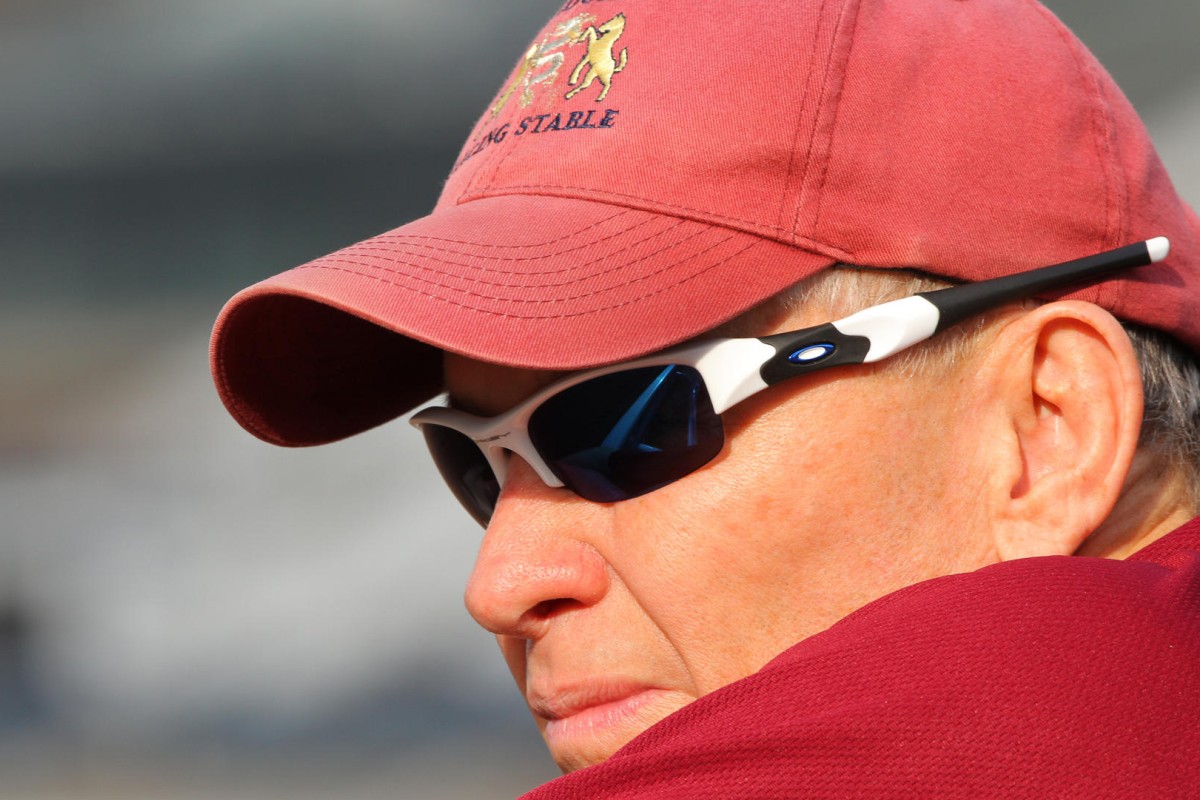 Trainer John Moore believes he has Abel Friend fit for what is an eagerly awaited clash in the Queen Anne Stakes at Royal Ascot. Photo: Kenneth Chan

As handlers of his rivals looked for a chink in Able Friend's armour, they promised a test of stamina over the straight mile in Tuesday's Queen Anne Stakes at Royal Ascot that could bring John Moore's Hong Kong star undone.

Able Friend has romped to six successive wins, all in effortless style, but each one has been around a bend at Sha Tin, where less demanding sit-and-sprint tactics usually prevail.

We've done all we can with him. I'll let my horse do the talking on raceday
Trainer John Moore on Able Friend

John Moore's five-year-old has been slighted by bookmakers, installed as second pick behind Solow, and the favourite's trainer, Freddy Head, called Royal Ascot's opening race "a very different proposition" to what Able Friend has faced this season.

"Look, Able Friend is a champion, and a very good horse," the Frenchman said. "I've watched his progress and he is very impressive. But running over a straight course at Ascot and running at Sha Tin, they are very different - this is a very tough mile."

Solow won over 2,400m as a three-year-old and has notched dominant Group One victories at 1,800m at his last two starts, and Head believes this gives him an advantage: "We will be in our backyard, and for him, it is another thing to run abroad. It's going to be a real test for him."

Richard Hannon prepares Night Of Thunder and Toormore, third and fourth favourites with bookies, and he predicted a hard-run race that could dull Able Friend's blistering acceleration.

"They'll go quick from the gate to the wire," Hannon said. "I think he will find it more difficult than people expect over a straight mile because they will go very quickly. Toormore and Solow really need a mile and-a-quarter, and they will test his stamina over a straight mile. They won't sit around waiting like they do in Hong Kong. Still, he has beaten the best of them in Hong Kong and he is due an awful lot of respect. He is still the one to beat."

Toormore's jockey, Richard Hughes, even took the opportunity in his Racing Post column during the past week to pot Able Friend's chances, writing: "I don't fancy Able Friend at all. He finds it easy around Sha Tin, where they jump fast and then slow to a crawl."

Moore has spoken openly about the perceived weakness, distance-wise, of his superstar, but believes he has his horse fit for what is an eagerly awaited clash. "We've done all we can with him. I'll let my horse do the talking on raceday," he said.

Hannon said Night Of Thunder and Toormore have come on from impressive first-up efforts in the Group One Lockinge Stakes last month, where they were first and third respectively.

"It had been a long break for both of them before that," he said. "I thought last time was a fair result. Night Of Thunder is an exciting talent. Toormore is very tough, and worthy of his place - he needs a mile and a quarter so this is going to suit."

Sunday's barrier draw set up what should be a tantalising tactical clash, with Able Friend to jump from gate seven and Solow four, the top two in betting bookending Hannon's pair, with Night Of Thunder drawing barrier five and Toormore six.

Able Friend's jockey, Joao Moreira, left for London on Sunday night and has picked up the ride on Jeremy Gask's Medicean Man in the King's Stand Stakes.

Moreira rode in energy-sapping conditions at a hot and humid Sha Tin on Sunday, riding the last two winners, but was looking forward to "a day of rest" in London: "I'll try to fully recover and hopefully we can perform - not only the horse but myself."