Blessed with an imposing physique and phenomenal acceleration, John Moore’s hulking miler was a dominant force in Hong Kong racing 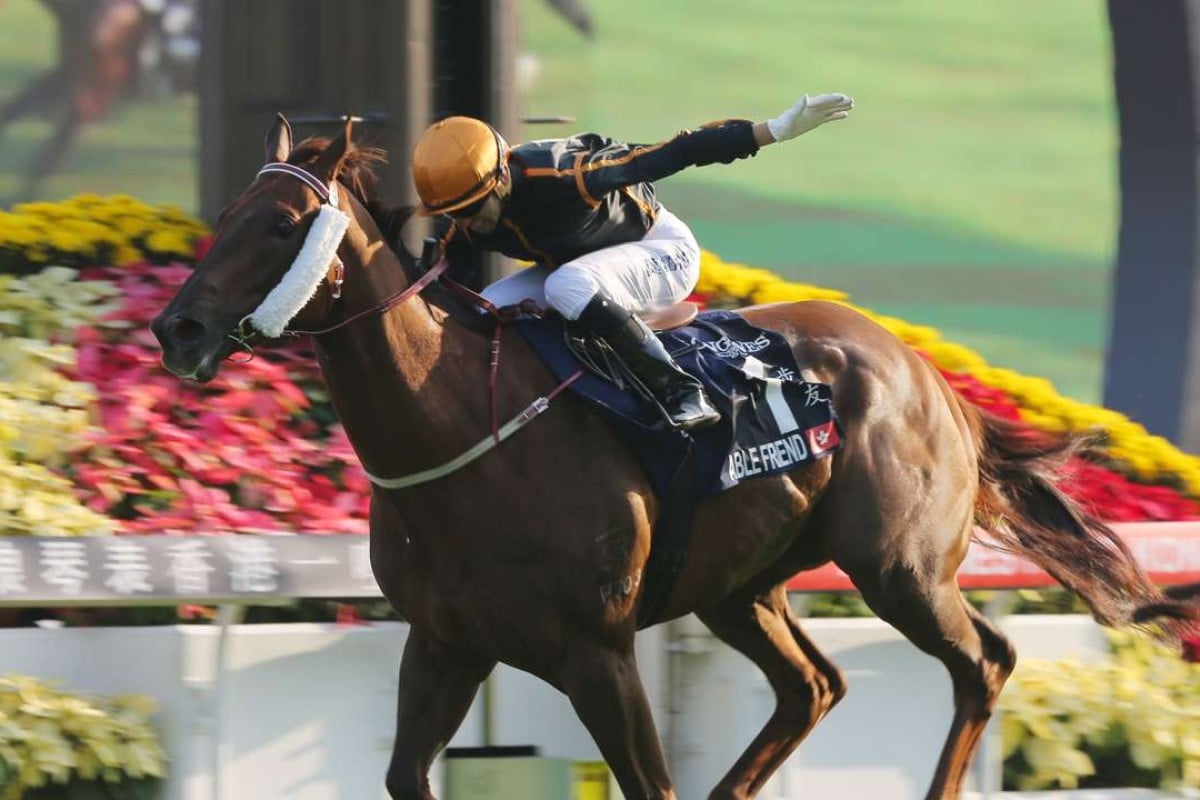 Able Friend, Hong Kong’s highest ever rated horse, the 2014-15 Horse of the Year and a five-time Group One winner, but defeated in perhaps his three biggest tests, leaves a somewhat complicated legacy – but the charismatic chestnut also leaves an amazing highlight real.

Wherever Able Friend ranks in the pantheon of Hong Kong racing’s modern greats, one thing that cannot be argued is that the gentle giant possessed an amazing turn of foot and was seemingly unbeatable at his best at Sha Tin.

Let’s leave the “which horse was better?” debates for now and simply enjoy the breathtaking nature of Able Friend’s five greatest performances. 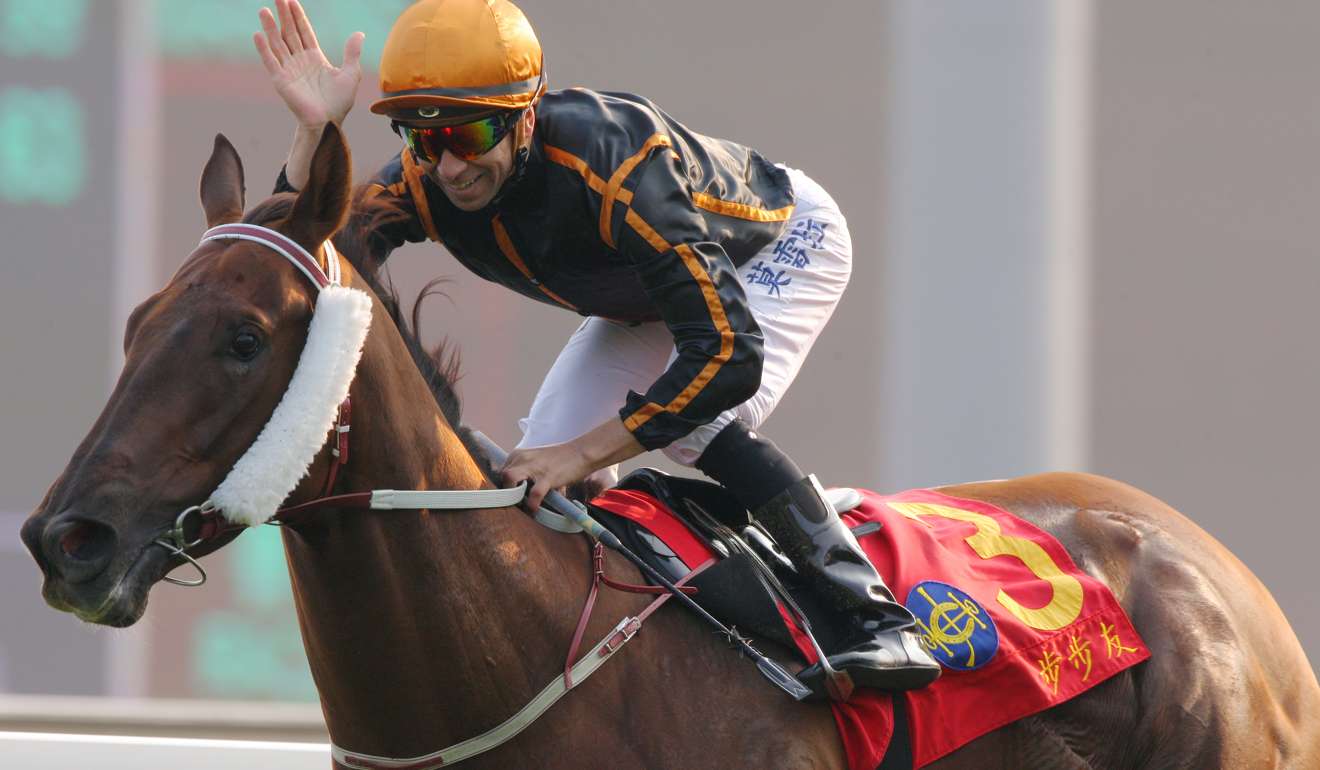 Able Friend had already signalled himself as a superstar by winning three of his four races for Moore, but this match-up against his own age group that really announced him as a superstar in the making.

“I think I’ve got the real deal on my hands,” Moore said after the half length win. “I believe he’ll be one of Hong Kong’s leading lights in the future.” The time of 1:33.43 would remain Able Friend’s fastest ever for a mile at Sha Tin. 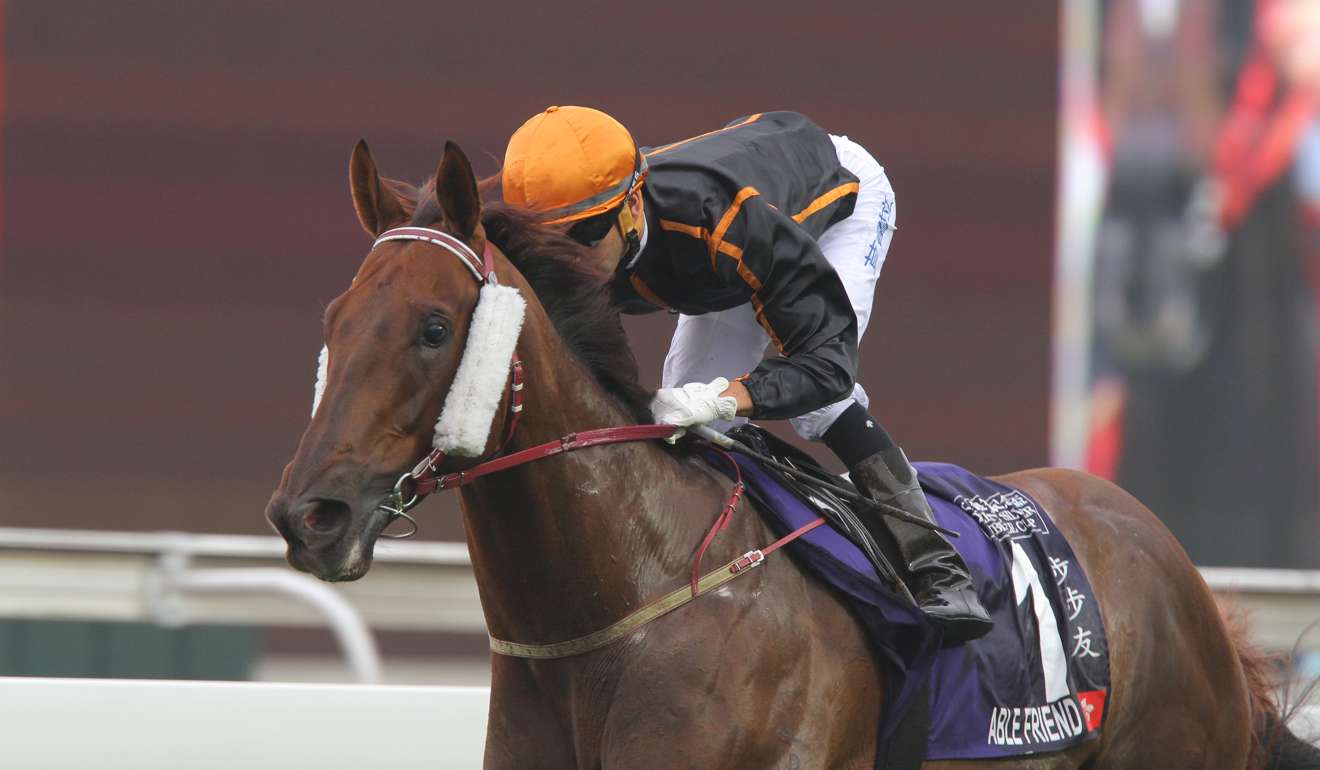 This one goes in for pure drama. With Joao Moreira saving ground along the fence, the Brazilian ended up awkwardly placed. The big crowd were worried with 200m to go with the 1.3 favourite pocketed, but Able Friend showed the footwork of a salsa dancer, Moreira extricating the horse through a gap. Able Friend then sauntered away, ears pricked and under a hold, to clinch another Group One.

“I was about to call my cardio specialist at the top of the straight,” Moore quipped after Able Friend’s two and a quarter length win. “But he sprinted like the superstar we know he is. He’s the best miler in the world and he’s proven himself again today.” 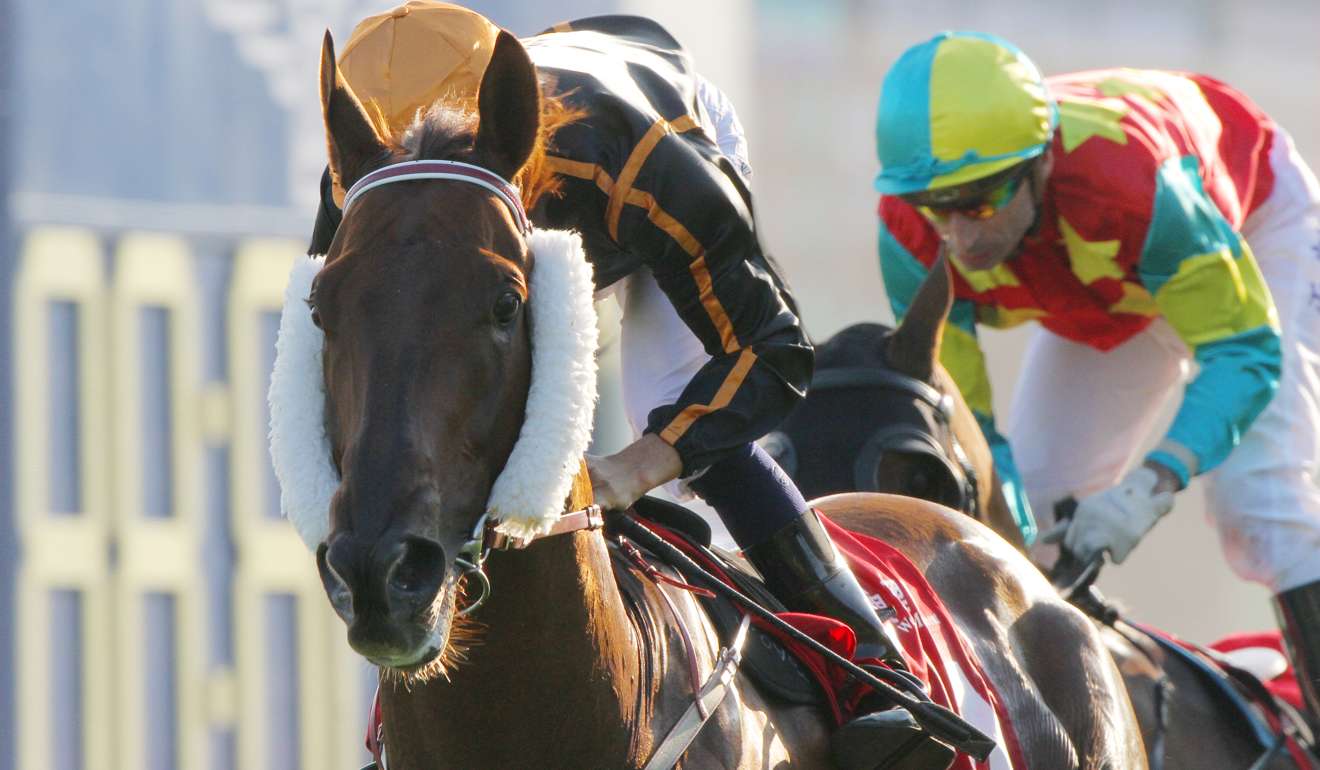 Drawn awkwardly in the traditional international day lead-up, Moreira found a position just behind midfield, crept into the race and blew his rivals away with ease.

Caller Darren Flindell announced “he’s back” and called the effort a “spine-tingling performance” while Moreira said later, “riding horses like that makes our job easy”. This was the first of six straight wins, a sequence that captured Horse of the Year honours. 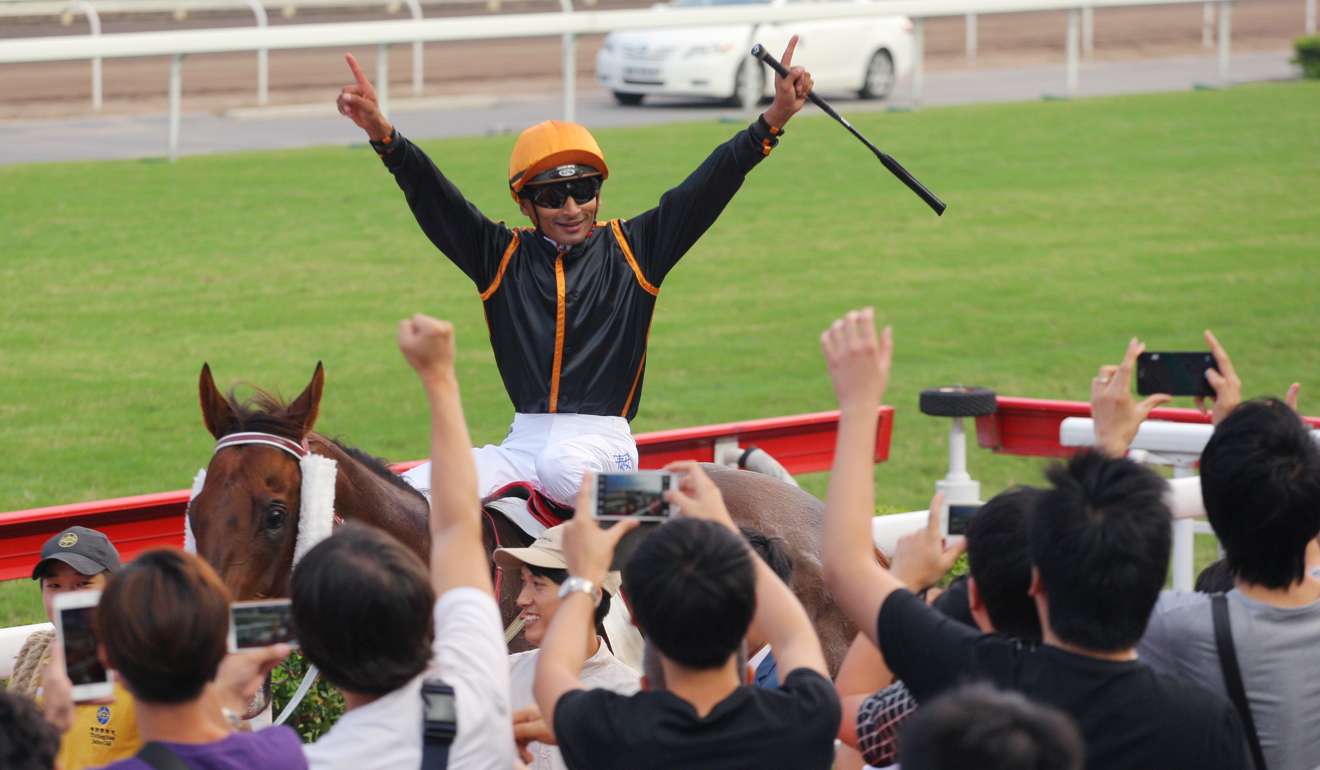 First-up after the disappointment of his Royal Ascot failure in the Queen Anne Stakes, expectations were not high for Able Friend as he returned over what was thought to be a “too short” 1,200m. Carrying top weight of 133 pounds and matched up against Hong Kong’s best sprinters, the six-year-old was sent out at double figure odds.

Sure, some crazy early sectionals helped Able Friend’s cause, but only a truly great horse could produce this type of last-to-first performance. Still last with a furlong to go, Able Friend enters the tight camera shot with 150m to go and somehow manages to win by half a length. Moreira, who had taken the ride on Peniaphobia, watched helplessly as Able Friend zoomed past.

“I did say before the race to never underestimate the big boy,” he said afterwards. “He is the best horse around and I said he could just go there and beat them all because of his quality and class. Still, I was surprised at the way he just shot past us.” 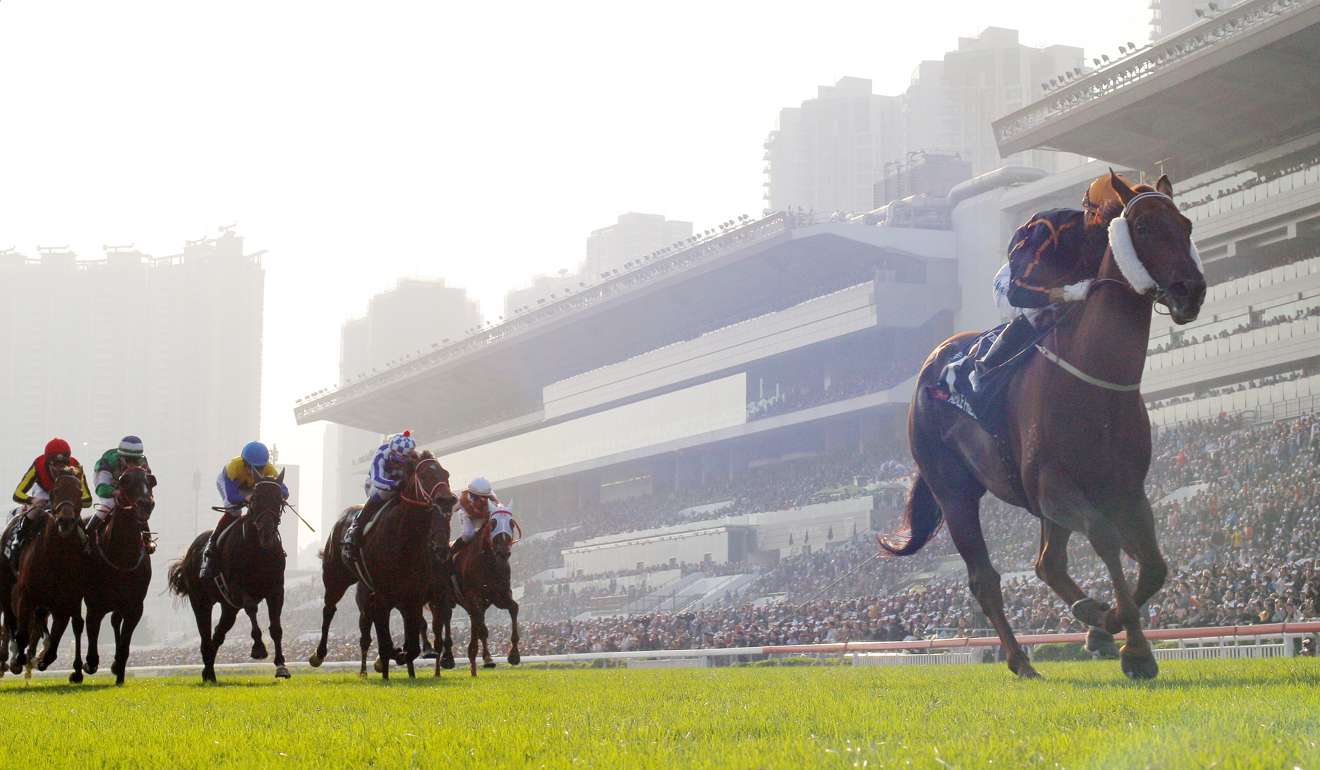 Talk about career defining, footage of this four and a quarter length demolition speaks for itself. Sent out a 1.3 favourite on Hong Kong racing’s biggest day, Able Friend toyed with a class field. After the win Moreira called Able Friend “the best horse I’ve ridden”.