The real globetrotters: 10 of the world's best travelling racehorses 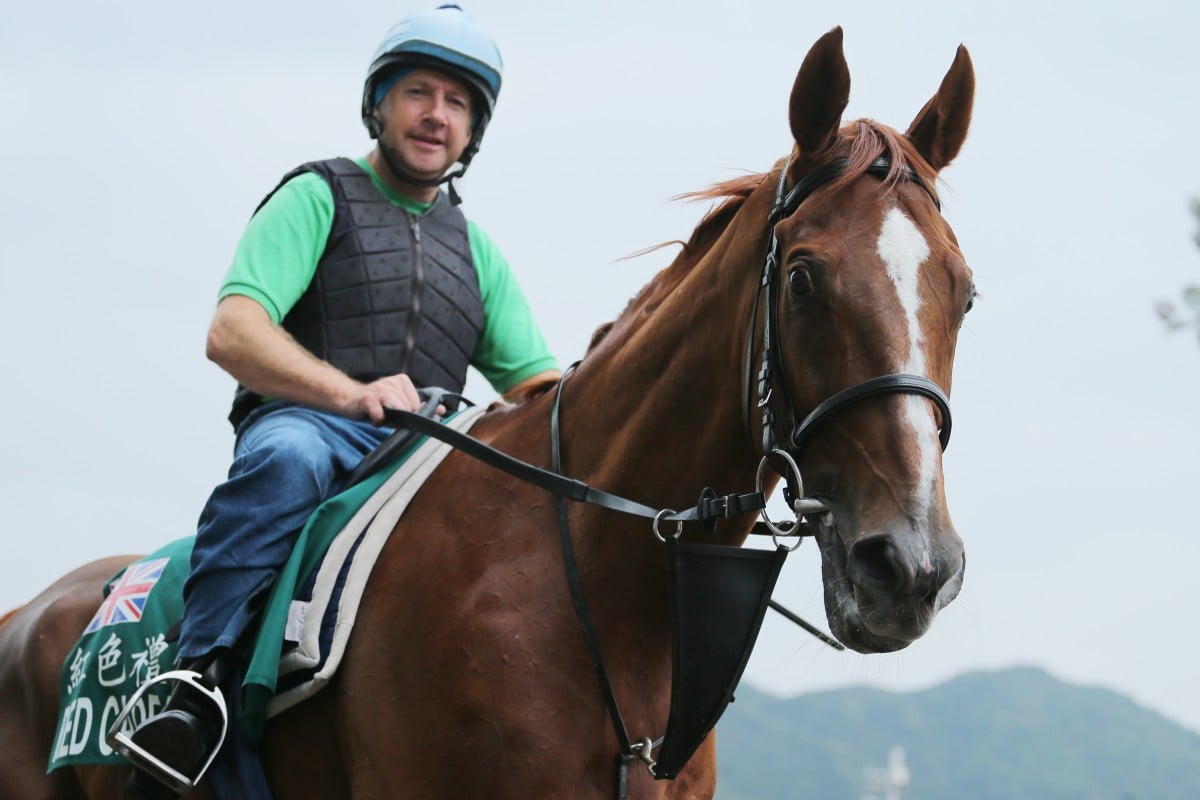 This five-time visitor to Hong Kong ranks on top in any list of globetrotting racehorses. Who is it? Photo: Kenneth Chan 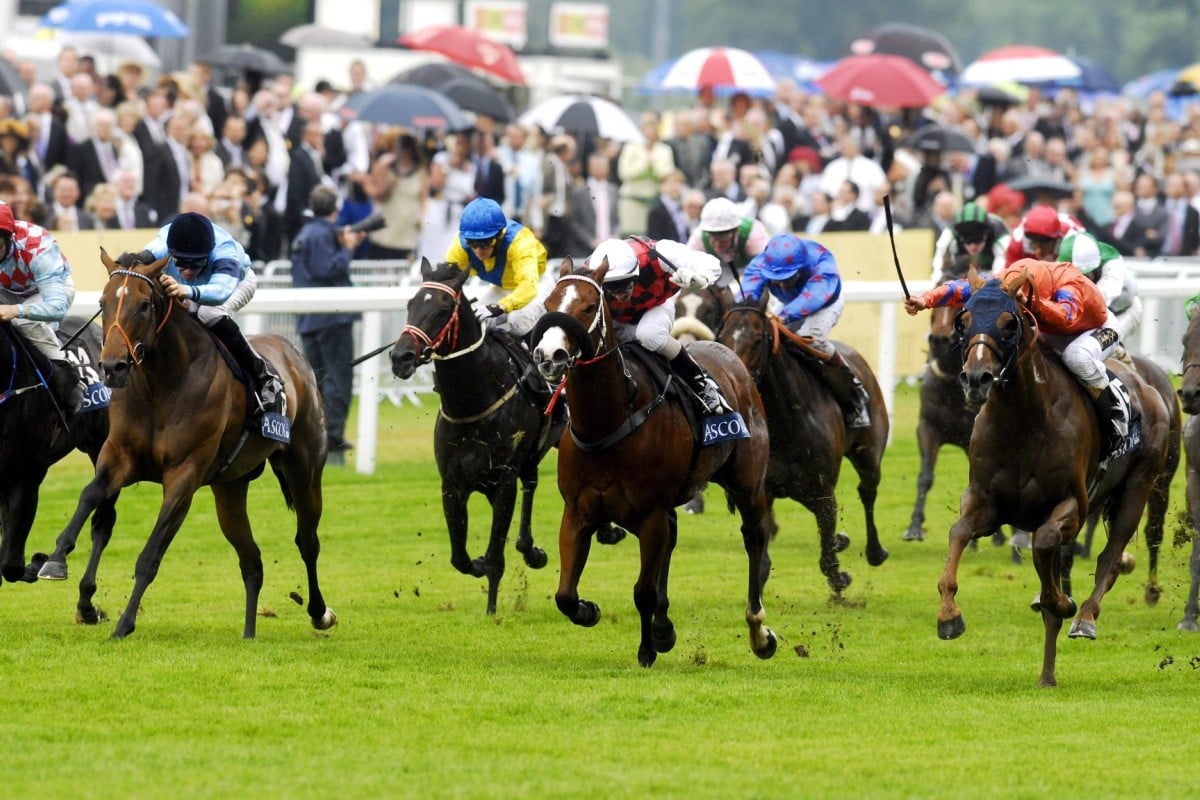 Takeover Target (red colours) was a Royal Ascot winner and became one of world racing's most popular gallopers.

Racing is in a unique position as a global sport, with some of our best ambassadors – the horses themselves – constantly appearing in all sorts of different countries and regions all over the world.

This was made clear to The Griffin twice in the last week.

The first was an American reader who asked about the form of a New Zealand-bred horse called Alcott. He began his career at the provincial track of Geelong, just outside Melbourne, before being bought by the China Horse Club and having two runs on the mainland, including a win at the prosperous-sounding Nine Dragons racecourse, near Shanghai. Now, he races on the Southern California circuit.

Alcott definitely has an interesting form card - from a Geelong maiden to China, now in California #horseracing pic.twitter.com/IwJrode64Y

The second came after the perplexing and disappointing decision to reinstate Simple Verse as winner of the St Leger, throwing out the original correct call to award the race to Bondi Beach – as we had written last week.

There was little time to react, though, as Aidan O'Brien's Bondi Beach has now begun quarantine in preparation for a trip to Australia for the spring carnival and a tilt at the Melbourne Cup.

The first shipment of European horses, who have already been in quarantine for two weeks, arrives in Melbourne on Saturday morning after a 40-hour trek from Heathrow to Tullamarine with stops in Amsterdam, Sharjah and Singapore.

Both incidents point to the shrinking nature of world racing, particularly in the last quarter of a century, as well as a point of difference that racing has over other sports.

Therefore, as our heads still spin from the St Leger decision, we feel that it is time for some fresh air – let's celebrate some of those horses who have come to prominence for their global antics over the last 25 years.

Old Vintage Crop wasn’t much of a globetrotter, especially in the sense that we have come to expect it today, but Dermot Weld’s charge opened up the world with his historic Melbourne Cup win in 1993.

Since his unprecedented success, 113 internationally-trained horses have contested the Melbourne Cup. In essence, it opened up the world to the globetrotting antics that are rather commonplace in 2015.

Perhaps an honourable mention can go to stablemate Go And Go, who launched the wily Weld on the world stage when he won the 1990 Belmont Stakes

''The world is not as big as people think it is,'' the Irish trainer told the New York Times after the victory. ''In the years to come, you'll be seeing horses from many parts of the world racing here.” And there. And everywhere.

Lucky Nine has become a synonym for consistency at the highest level both at home and abroad.

The now eight-year-old has only won abroad in Singapore, taking the 2013 and 2014 KrisFlyer Sprints before a third to Aerovelocity last year, but he has been honest elsewhere, placing in Japan, Dubai and Australia.

And not only did he build up a stellar record abroad, but he raced solely in Group One and Group Two races in 36 starts between November 2010 and May 2015 – finally dropping back to Class One company earlier this month.

Surely there are few horses who have been able to build up such a record of consistency at the highest level over such a period of time.

A typical rags to riches story – a failed pinhook and a disastrous beginning leads to a stellar career around the world. And it’s not over yet.

Who could possibly have thought that this Irish nag, pulled up on debut at Roscommon and a 44 length last at the Curragh at start two, would go on to travel the world? Not only travel, really, but win at Group One level in France, the UK and Australia. And he’s become a fixture in Hong Kong, too, where he has recorded fourths in both the Mile and the Sprint.

Remarkably, his form in Ireland is far from strong, with only the one Group Three win at Leopardstown among his victories.

The sole mare on this list, Ouija Board established Ed Dunlop as one of the world’s great travellers of horses – a pattern he would later follow with Snow Fairy and Red Cadeaux.

Ouija Board won in the United States, Hong Kong and Japan, while also finishing top four in Ireland, France and Dubai to establish herself as one of the world’s top mares – and certainly one of its best travellers.

Of course, Ouija Board has since risen to further prominence as the dam of Coolmore’s dual Derby winner Australia.

Cape Of Good Hope is not the most prolific traveller, nor is he the most talented horse on the list.

And the reason for his travels? Simply to escape a freak in Silent Witness, who had become so dominant locally that the best way to win was to look elsewhere.

He only won twice overseas from 12 runs in Australia, the UK and Japan, taking out the 2005 Australia Stakes at Moonee Valley and the Golden Jubilee Stakes that same year when the Royal Ascot carnival was run at York, but he finished top four on all bar one occasion. That oddity, an 11th in the Sprinters Stakes at Nakayama, came behind a familiar face – it was the last win of Silent Witness.

The career of Falbrav has two distinct parts – the D'Auria era and the Cumani era.

Under D’Auria, Falbrav rose to become Italy’s best galloper, taking all before him in his homeland. He was so highly regarded that he was aimed at the Arc, where he was a somewhat disappointing ninth to Marienbard. However, he atoned at his next start, winning a shortened Japan Cup, run that year at Nakayama.

Cumani took over as trainer after Teruya Yoshida bought a half-share in Falbrav, and so his globetrotting continued. Victories in France and the UK followed, with placings behind High Chaparral in Ireland and the US to boot.

To this day, his swansong in the 2003 Hong Kong Cup remains the highest-rated performance achieved at Sha Tin, as determined by independent firm Racing Management Asia.

In 1999, recognising the growth of international racing, the Emirates World Series was launched, eventually taking in 12 of the world’s most prestigious races.

While the series was short-lived, it encouraged horses to travel and a number of horses became prolific on the circuit – the likes of Jim And Tonic, Grandera, Fantastic Light and Paolini.

Silvano was one such horse. In 2001, the German horse travelled from Singapore to Dubai, back to Singapore, then to Chicago, New York and Melbourne before ending his season in Hong Kong.

Another who was encouraged to travel at the turn of the century, Jim And Tonic particularly became familiar to Hong Kong racing fans.

Across almost four seasons, he travelled to Canada, the United States, the UK, Hong Kong, Singapore and Dubai. He was a prolific winner at Sha Tin, snaring the Hong Kong Cup, the QE II Cup and the Hong Kong Bowl, while he broke Hong Kong hearts by nosing out Fairy King Prawn in the Dubai Duty Free. Otherwise, he was consistent but usually found one or two too good.

Still, his prize money skyrocketed, so much so that by the time of his retirement he was by far the highest earning French-trained thoroughbred of all time with nearly five million euros (HKD$43.5m) – a record that took almost a decade to break. He is now fifth on that list behind three other globetrotting types – fan favourite Cirrus des Aigles, Dubai World Cup winner Gloria De Campeao and Caulfield/Melbourne Cup winner Dunaden – as well as wonder mare Treve, who shoots for her third Prix de l’Arc de Triomphe next weekend.

Imagine spending A$1,250 (HK$6,800) at a tried horse sale for an unraced cripple, two weeks away from turning four.

For Joe Janiak, a hobby trainer living in a caravan who paid his way as a cab driver outside Canberra, that investment would take him all around the world.

The unraced cripple, Takeover Target, went on to race until he was nine, winning a Group race in every mainland Australian state (and by today’s standards, it would have been a Group One in each of the five states) and becoming a beloved fixture as he criss-crossed the globe constantly.

Four English campaigns for a win in the King’s Stand Stakes and multiple placings in both of Royal Ascot’s sprint features saw the cabbie from Queanbeyan become well-acquainted with Her Majesty Queen Elizabeth, while he also notched victories in Singapore and Japan. And if not for a drug controversy, perhaps the 2006 Hong Kong Sprint would have been on his resume too.

A clear standout on this list, Ed Dunlop’s charge due into Melbourne again on Saturday morning for the sixth time as he prepares for his fifth tilt at the Melbourne Cup.

In the last four years, the Hong Kong-owned galloper has racked up more frequent flyer points than most people will ever dream of accumulating.

Six runs in Australia, five in Hong Kong, three in Japan, two in Dubai and one each in France and Singapore are sprinkled throughout the nine-year-old’s 53-start career. And it’s easy to forget he’s only won once in those 18 starts outside England and Ireland, when he took the 2012 Hong Kong Vase – three seconds in the Melbourne Cup along with placings in the Dubai World Cup, Tenno Sho, Queen Elizabeth Stakes and another Hong Kong Vase give him a unique place on this list.

The popular chestnut, who is expected to become a permanent Australian resident when he retires to Melbourne’s Living Legends next year, is a deserved number one.