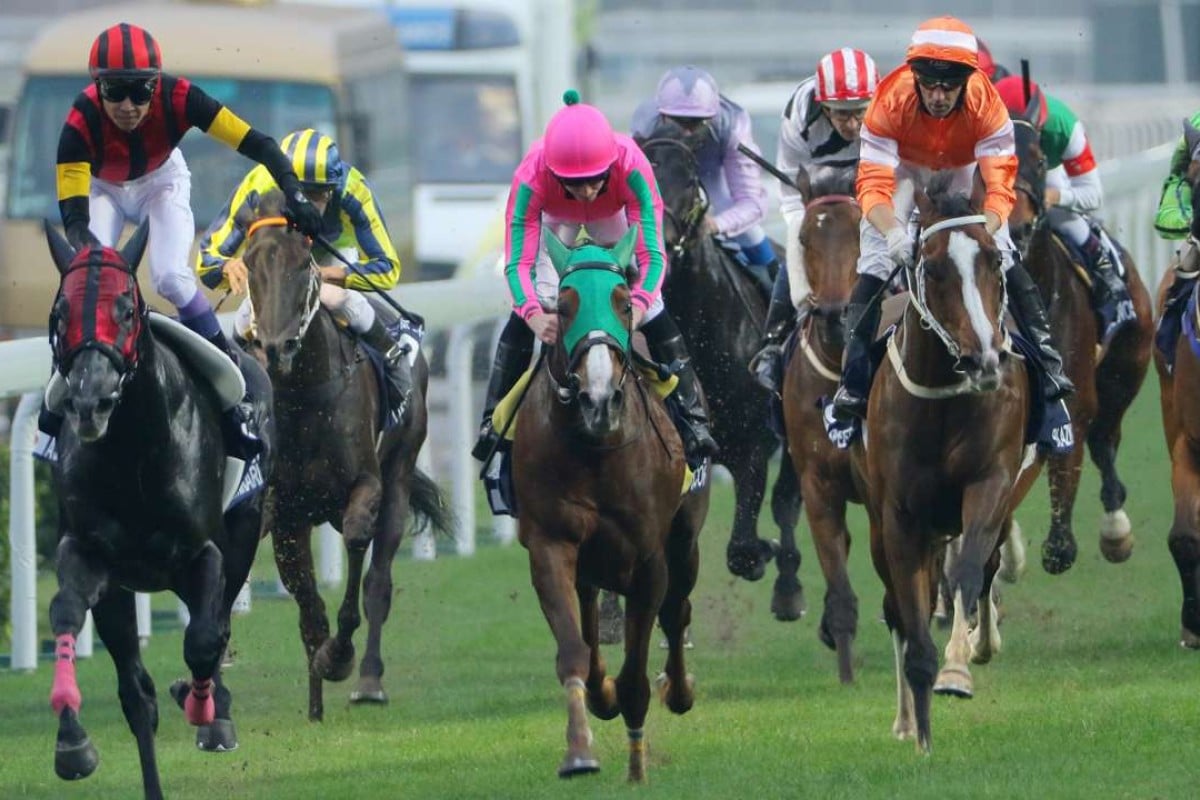 Nuovo Record (pink) finishes a slashing second to A Shin Hikari in last December’s Longines Hong Kong Cup and will be fancied to go one better in the $20 million Audemars Piguet QE II Cup at Sha Tin on April 24. Photo: Kenneth Chan

Hong Kong’s stars will have their work cut out defending an excellent recent record at home in the HK$20 million Audemars Piguet QE II Cup on April 24 after the Jockey Club unveiled the best field yet assembled for the race.

The international Group One will bring together the might of Japan, Coolmore, the Aga Khan and Sheikh Hamdan bin Rashid al-Maktoum against the last three locally trained winners of the race lining up in an edition that confirms again the QE II Cup’s place in the world’s top 10 horse races. 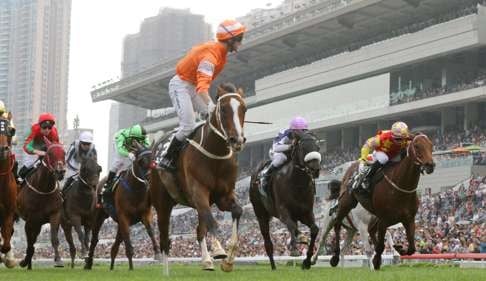 The biggest challenge looks to come from the Japanese, as ever, with Lovely Day, Nuovo Record and Satono Crown.

Rated 121 internationally, Lovely Day shares joint second ranking in Japan with Maurice and Duramente behind Hong Kong Cup winner A Shin Hikari, who was to make this trip but connections have been unhappy with his condition and given him a break instead.

In 2015, Lovely Day won six of his 10 starts in Japan, two of them Group Ones in the Takarazuka Kinen and Tenno-Sho (Autumn) and was the beaten favourite when a close third in the Japan Cup. 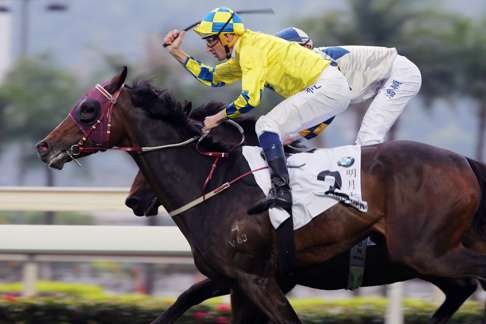 In fact, Lovely Day’s only real disappointments were when he failed to stretch out to 3,000m and beyond. He has not run since his fifth in the Arima Kinen in December but has a good fresh record.

Hong Kong fans already know Nuovo Record from her brilliant second to A Shin Hikari in December, while Satono Crown has won four of seven starts and was third to Duramente in last year’s Japanese Derby. 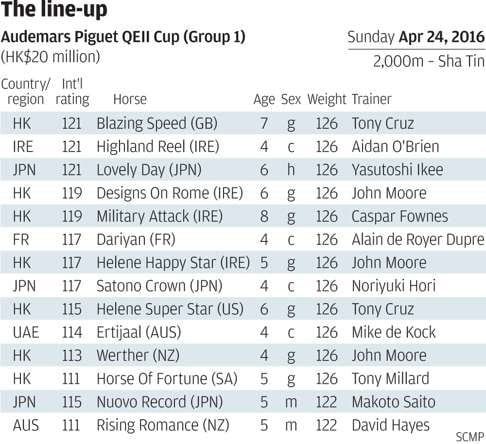 He resumed from a break to win the Group Two Kyoto Kinen (2,200m) on soft ground in February but is equally adept on firm footing and is an exciting on-pace runner in the style of A Shin Hikari.

Champion South African trainer Mike de Kock revisits a tried and true formula with Ertijaal, who comes off his fourth in the Dubai Turf last weekend under Douglas Whyte, who has been booked for the mount again. 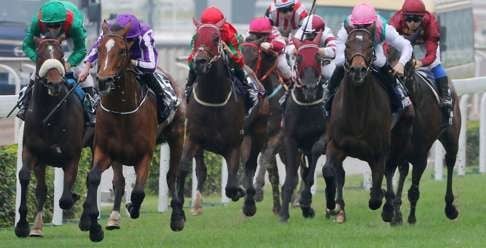 The Godolphin operation of the Maktoum family frequently has runners in Hong Kong but Australian-bred Ertijaal (not to be confused with the Irish-bred of the same name and ownership who ran in the Al Quoz Sprint last weekend) will be Sheikh Hamdan’s first starter at Sha Tin for more than nine years and only his third ever.

De Kock won the QE II with Irridescence (2006) and Archipenko (2008) coming through similar campaigns in Dubai and has also brought third-placed Vercingetorix through the Dubai Turf two years ago.

First and third from the Hong Kong Vase in December, Highland Reel and Dariyan will drop back in distance in the QE II after finishing fourth and sixth respectively over the 2,400m of the Dubai Sheema Classic last Saturday, while David Hayes, who saddled up beaten favourite Criterion in this race last year, returns with Rising Romance.

An Oaks winner at three, runner-up in the Caulfield Cup at four, Rising Romance hasn’t won for two years but has been second in close finishes to four Group Ones in that time and her latest form includes a third in the Australian Cup.