Wet weather greeting: Overseas contingent greeted by showers as they get first look at Sha Tin

Despite 20mm of rain in three hours, international contenders for Sunday’s Audemars Piguet QE II Cup – including Lovely Day, Ertijaal and Buffering – have a hitout 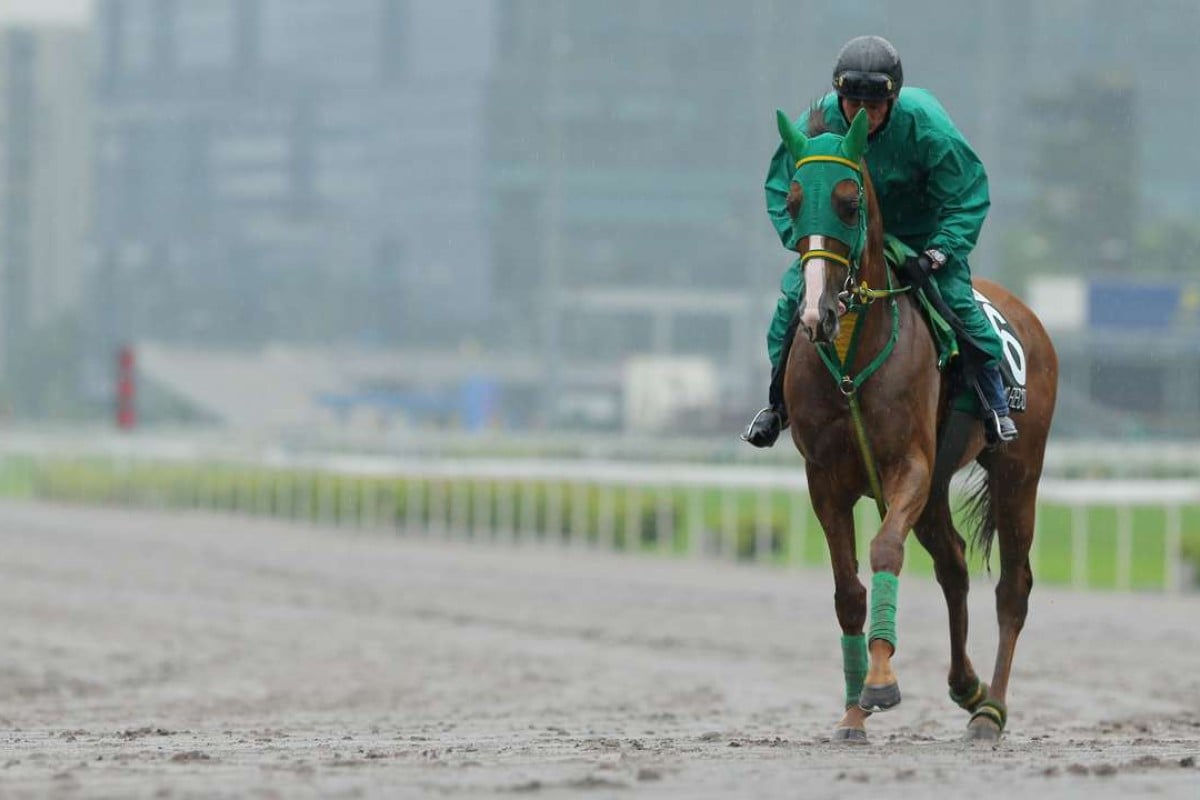 He’s fresh this morning, we didn’t take him out yesterday, but he’s taking the trip really well
Melanie Sharpe on Buffering

Sha Tin saw almost 20mm of rain in three hours, with little respite expected in the lead-up to Sunday’s HK$20 million feature, but it didn’t stop the international contingent stepping out in force.

Mike De Kock-trained Ertijaal, a last-start fourth in the Dubai Turf behind Real Steel, was given a solid hitout after his arrival on Saturday night, with assistant trainer Trevor Brown giving a nod and a wry smile as he watched the gallop.

As for Lovely Day, he was given a leisurely gallop on the turf, with trainer Yasutoshi Ikee not due to arrive until later in the week.

“He’s fresh this morning, we didn’t take him out yesterday, but he’s taking the trip really well,” said Melanie Sharpe, racing manager to trainer Robert Heathcote, as she fulfilled her second role as the eight-year-old’s trackwork rider. “He’s put on weight too, he’s enjoying being here.” 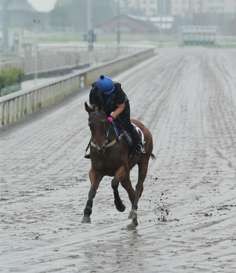 “The rain’s making them all look good,” one observer noted drily, and for the most part, it was true as horse after horse got gold stars for appearance.

But the exception was Hong Kong Vase winner Highland Reel, the bay turned nearly white through foam and sweat.

Aidan O’Brien’s four-year-old is an old hand at travelling now, having covered plenty of territory since he raced outside Ireland for the first time almost 12 months ago, but one thing that hasn’t changed is his penchant for sweating up.

“That’s just him,” said Pat Keating, O’Brien’s travelling head lad. “He gets himself worked up, but he’s travelled over well, we are really happy with how he has done since Dubai, he came out of the run in good order and went home for a couple of weeks.” 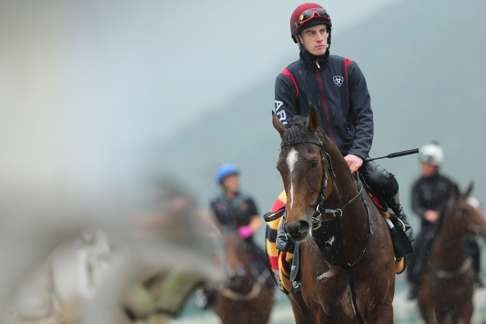 Keating believes the step back in trip from the 2,400m of the Sheema Classic, where he finished fourth behind Postponed, holds no fears and that he shouldn’t merely be dismissed as a stayer.

“Coming back to the 10 furlongs should be no problem,” he said. “He won easily in America over the trip and he ran a big race in the Cox Plate, he just ran into a champion filly.”

Australian representatives Chautauqua (Chairman’s Sprint Prize) and Bow Creek (Champions Mile) are the next horses due to arrive, with their flight to land in the early hours of Tuesday morning, but the Australian assault on Sha Tin’s features also stepped up a notch with champion rider Blake Shinn making his first appearance at trackwork.

Shinn, a Melbourne Cup-winning rider based in Sydney, only rode at Sha Tin for the first time last month when he partnered White Magic in the BMW Hong Kong Derby, but has been called upon to ride Helene Happy Star by trainer John Moore in Sunday’s QE II Cup. 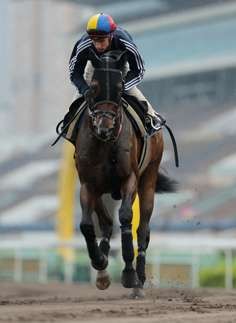 “It was great to get a feel of Helene Happy Star this morning. Hopefully, that gives me every chance this weekend,” Shinn said. “I feel lucky to be booked to ride such a talented animal, his last start can be forgotten and before that his form stacks up behind Designs On Rome.

The jockey has been touted as a potential recruit for the Hong Kong riding ranks for some time.

“I’ve always wanted to ride in Hong Kong, ever since I started my career, it was a dream,” he said.

“It’s just whether the opportunity presents itself. I’ve watched the races here plenty since I was 15 years old, I always hoped I’d be riding in them. If it does happen, I will be very proud to represent my country here, like some of the great Australian riders have before.”