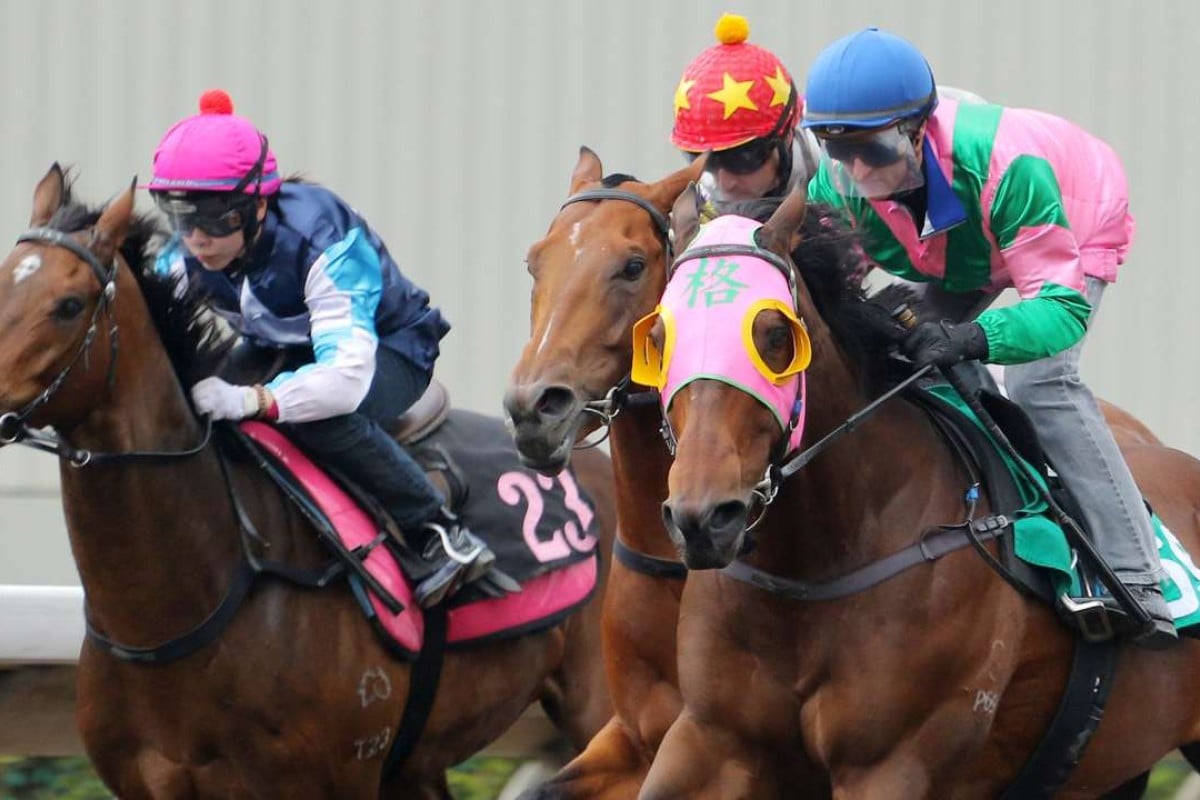 Aerovelocity (right) races up for a narrow, unconvincing victory in a barrier trial on Tuesday. Photo: Kenneth Chan

It wasn’t that Aerovelocity’s trial was bad – he did what was asked as he crossed the line ahead of his overmatched rivals, but it was clear that the tough sprinter is behind where he would be normally just 12 days out from a Group One sprint.

That Aerovelocity needed the 1,200m dirt trial in the lead-up to next Sunday’s Chairman’s Sprint Prize is understandable after an ordeal in Japan that saw the seven-year-old scratched from the Takamatsunomiya Kinen after a bout of mild colic late last month.

“It’s certainly not an ideal situation, but we have to work with what we have got,” O’Sullivan said after an uncharacteristically relaxed Aerovelocity meandered out onto the track, then went about things in a merely solid, rather than spectacular, manner. 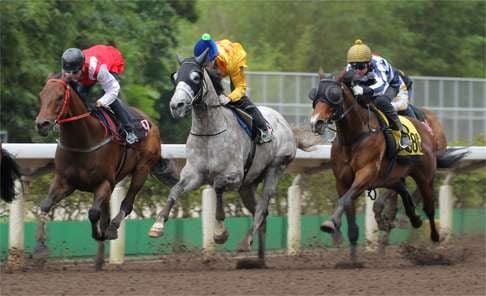 “He did what we wanted him to do,” Purton said. “With the time he has spent in quarantine and all the time he has spent trying to recover from the episode he has been through, he has probably got away from us a little bit. But that’s what we expected, he pulled up and had a really big blow so he will come on from that.

“I’ve ridden him in many trials where he looked like he was going through the motions a bit and then he has come along and gone incredibly well at his next trial or race. I think he will improve quickly and by the time we get to the race he should be in pretty good form.”

Yesterday it was announced that Richard Gibson-trained and Pan Sutong-owned pair Gold-Fun and Giant Treasure were entered for the Diamond Jubilee Stakes at Royal Ascot.

First, though, they will contest Group Ones at home and they were given a final serious spin on the all-weather track yesterday, with Giant Treasure (Derek Leung Ka-chun) looking particularly well in a 1,200m heat ahead of the Champions Mile. 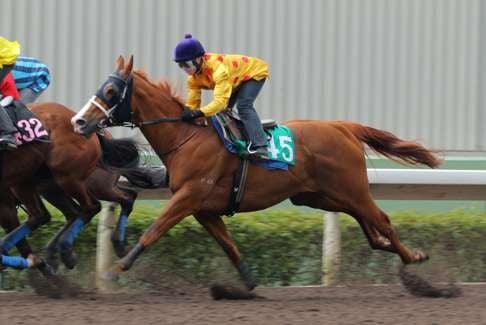 Chairman’s Sprint Prize entrant Gold-Fun (Keith Yeung Ming-lun) wasn’t as sharp in a 1,050m trial but is probably entitled to be saving his best for raceday as he heads towards the twilight of his career.

“Giant Treasure is really at his peak right now and in his prime, and you can see how much natural speed he has,” Gibson said, while also revealing that his horses will both be ridden by champion French hoop Olivier Peslier on May 1. “Gold-Fun is getting a little long in the tooth but I wasn’t expecting anything different over that distance on the dirt – that’s not his go – but his fitness and condition are good.”