Take nothing away from Chautauqua, but his Hong Kong victory wasn’t the best Sha Tin sprint win this season

The way the HK$10 million feature was run, with a suicidal tempo up front, set the race up for the gun Australian sprinter 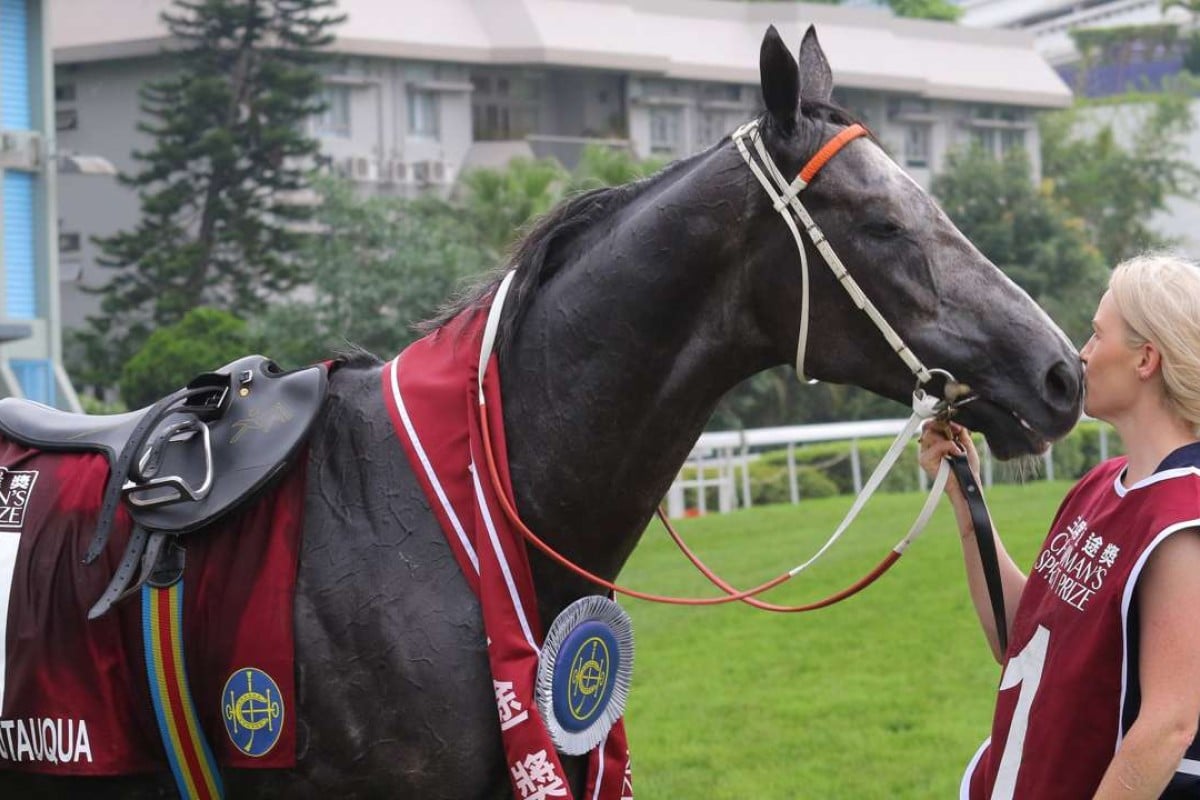 Chautauqua proved himself the world’s best sprinter at Sha Tin on Sunday, but the race set up perfectly for the horse labelled the “Thunder From Down Under”. Photo: Kenneth Chan

We’ve talked in this space before about sectional times and tempo. They make the ordinary look extraordinary, the great look disappointing. Or, in the case of Chautauqua, they make the seemingly obvious occur like it’s gravity, an inevitability.

Let’s head off the abuse first – nothing here is about knocking Chautauqua’s win or his standing as the #WBS – world’s best sprinter, an accolade which seems well deserved at this point in time. Bambi is in a gun-free zone.

Was it the best win you’ve seen over 1,200m at Sha Tin? Nope. Not even the best this season, sorry. That belongs to Able Friend’s Premier Bowl in October

But the view of Sunday’s Chairman’s Sprint Prize victory – even with 400m to run – was that the grey would have to be disappointing not to win in the circumstances. Rarely will a high profile favourite go to a major event and have it laid out in a way that ensures success. Of course, after any race, it’s easy to look back and see the trail, to see how way leads to way and to the result but, in this case, the pre-race map looked the same post-race.

It just shows how different races are. The QE II had no speed, everyone went crazy to respond and suddenly it had plenty of speed. The Champions Mile looked a trot and canter, they all did as expected and it was a jog-trot. (And, apologies for ignoring your race Maurice but it was pretty straightforward stuff.)

With so much speed on paper, the Chairman’s Sprint was an obvious moment for someone to choose the road less travelled by and nobody did – not a romantic amongst them – they charged and that made all the difference. Cop that Robert Frost.

Maybe it was the supposition of “a leader’s track” – unsupported by anything as baffling as evidence – that made them do it, but had it been a Class Four at Happy Valley, rest assured the all-too-obvious pace scenario would not have played out.

Was it the best win you’ve seen over 1,200m at Sha Tin? Nope. Not even the best this season, sorry.

That belongs to Able Friend’s Premier Bowl in October, against much of the same opposition, and when the track was running at a very similar speed, allowing a decent comparison.

Watch the wins of Able Friend and Chautauqua side-by-side

Chautauqua’s overall time was about a length and a half slower, his final 800m about that margin faster, as that 800-400m sectional was where the leaders surged and Tommy Berry was hard at work keeping up.

Of course, that’s the kind of nit-picking that occupies form perves. The pay-out queue reality is that he still had to do it he did and that is where the talents of horse, trainer, rider all come into play

The grey’s final 400m was just under a length slower at an official 22.28 seconds despite the fact he was out and running the whole way while Able Friend was held up for room until the 300m and, with seven pounds more to carry, still running through the line at the finish while we didn’t think Chautauqua could have gone any faster.

Of course, that’s the kind of nit-picking that occupies form perves. The pay-out queue reality is that he still had to do it, he did and that is where the talents of horse, trainer, rider all come into play – the expected version of Chautauqua turned up and performed.

When the leaders charged through the middle stages like lemmings towards a cliff, they were all doomed. It was a reenactment of Jonestown that took several of the possible or fringe chances out of the race.

It did not take out the main danger, however, which was Lucky Bubbles. He was given a great ride by Brett Prebble, though, on our figures, the younger horse didn’t produce his lead-up form due to that crazy mid-section. He was two to three lengths closer to the fire than the winner, that dragged the energy out of him just keeping up, and he may have been even more competitive from a length or two further back but that section might still have dulled him. He is still a work in progress after all.

So too Strathmore, a tremendous performance as the closest to the pace to still be there at the end and, whatever else the Chairman’s Sprint told us, the race was a great shop window for Hong Kong’s new wave of younger sprinters.

It isn’t popular to highlight the unlucky when a horse of Chautauqua’s expectation has done the job and the world is smiling, but, if you like horror stories, have a look at Amazing Kids on the replay. He finished fifth, should certainly have been in the first two or three and, with the right run through at the right time, who knows.

These four-year-olds, Lucky Bubbles, Amazing Kids and Strathmore, will carry the weight of expectation into next season as the challengers to Peniaphobia, Gold-Fun and Aerovelocity. The sprint ranks are looking healthier than they have for a while.

The other highly rated four-year-old, Thewizardofoz, was simply disappointing. He was in the right spot and didn’t produce. Considering he was coming off a decent-sized break due to a knee injury in March and the race was brutally run, perhaps his lack of match practice found him out but, going forward, to not produce like that after an injury just has us wondering if the best of him might struggle to emerge.

It may not have been the first time a glove had been laid on it, but the new 70-plus rating requirement for Private Purchase (PP) horses coming to Hong Kong took its first jaw shot on Saturday.

We have become aware that attempts to buy Galileo Gold, now the 2,000 Guineas winner, stumbled after his first hollow win at Salisbury in June last year as the Hong Kong handicapper could not find a way to see him as a 70-rater.

Instead, he was roughly assessed at 67, which meant he would have to race again and he did, winning at Haydock and attracting a bid, we hear, of £300,000 (HK$3.4 million) from the interested Hong Kong party, now assured that Galileo Gold would qualify.

And that is where the story turns bad.

In the second victory, Galileo Gold beat a horse called Hayadh, owned by the Al Shaqab Racing vehicle of Qatari Sheikh Joaan bin Hamad bin Khalifa Al-Thani, one of the world’s most successful and aggressive acquirers of equines. The Sheikh’s team must have fancied Hayadh a little because the response to defeat was to buy the winner. With Al Shaqab’s kind of firepower, our poor old Hong Kong buyer was not just blown out of the water, the water disappeared. The Qatari bid was double, the gavel fell.

And here is one of the major flaws in – and, to clarify, one of the purposes of – the 70-rating policy: it will require impressive maiden winners with upside to run again. Although it will allow entry to alpaca goats that fluke a distant third in a five-horse, age-restricted black type race somewhere west of the Liffey River. Or it lifts the velvet rope for the battler who lucks home twice in his early starts to make the formline look OK but his future is already behind him.

One win by a horse of promise might slip under the radar. A second won’t and then the field of prospective buyers widens, an auction ensues and even if the Hong Kong owner secures the horse, he or she will have paid plenty, when foresight and judgement might have got it at a steal. If the likes of Al Shaqab become involved, securing the horse won’t happen at any price.

Foresight and judgement unfortunately play no part in the handicapper’s role. It’s a clerking job, pure and simple, with an eyeshade, pencil and ruler and a well-embedded set of rules.

The handicapper’s ratings are a scorecard for events which have already happened, not a forecast – a tremendous road map to wherever a horse has been but not much help on the way ahead unless you have a Back To The Future DeLorean in the garage.

Now that acceptance of a PP’s credentials are tied to that process, get used to more sad stories like this one.