Australian trainer, a dual championship winner during his stint in the city, says he knew his charge’s health issues would not be a problem here Trainer David Hayes might not have made the trip to Sha Tin for this wekend’s Audemars Piget QE II Cup with Rising Romance but for the local knowledge he picked up in his decade of training here.

A dual championship winner in that time, Hayes said yesterday that former Australian Oaks winner Rising Romance has an issue with high muscle enzyme levels – a condition known as tying-up – which has to be closely managed and would normally be a red flag in consideration of overseas targets.

Her blood tests are telling us that her enzyme levels are the best they’ve ever been, so that makes me confident that she’ll run the best she can
David Hayes

“She’s had high muscle enzymes all her life and ordinarily you’d think that’s not the type of problem you’d take overseas, but I remembered that, in all the years I trained in Hong Kong, I never had one tie-up,” Hayes explained.

“Horses here get all sorts of other issues on a regular basis, like mucus and internal bleeding and so on, and I don’t know why but tying up wasn’t one of the things that was a concern.

“And now that she’s here, her blood tests are telling us that her enzyme levels are the best they’ve ever been, so that makes me confident that she’ll run the best she can – we’ll see if that is enough in what is obviously a very strong race.” 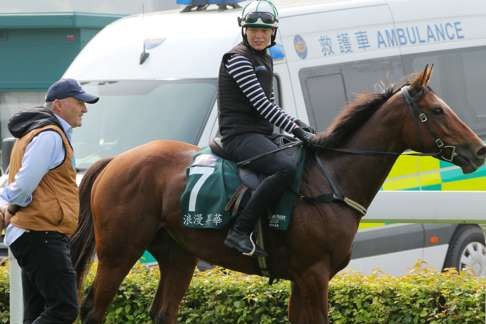 Hayes admits that Rising Romance’s form all season in Australia, where she’s had three Group One placings, but hasn’t won a race, has been just behind the very best there, but he isn’t afraid of being an underdog.

“I’ll be backing her. I brought Criterion here as an outsider and he shook the life out of the Hong Kong Cup,” he said.

“Rising Romance’s form was on the cusp. If she hadn’t run as well as she did in the Queen Elizabeth in Sydney, I possibly wouldn’t have come, but her fourth was very good.

“She got left in front and exposed a long way from home and they ran over her in the last bit. If she gets to the front on Sunday, I hope it’s in the last 200m not as early as in Sydney.” 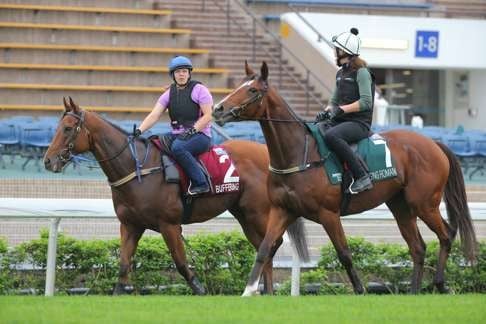 Rising Romance has thrived in quarantine at Sha Tin, Hayes said, and one of the nice background stories has been the ‘rising romance’ she has struck up with veteran Australian sprinter Buffering.

“Yes, they get on terrific and they’re both very happy horses, and I’m sure that helps when they’re in a different environment,” Hayes said.

“Actually, he’s an old marvel Buffering – life of the party – we’ve travelled Criterion alongside him before, too, and they got on really well too.”