Tony Cruz-trained seven-year-old has been under the radar in the lead-up to Sunday’s HK$20 million feature, but Irish rider says he has the goods to win second in a row Defending Audemars Piguet QE II Cup hero Blazing Speed and rider Neil Callan haven’t been that kind of horse and jockey tale celebrated in song and story, but the pairing has become more enduring than most despite its under-the-radar profile.

Callan got on Tony Cruz-trained Blazing Speed after the horse returned from a Dubai trip almost two years ago and the Irishman has remained his constant companion since, climbing aboard for 14 of his 17 races and landing two of his three majors.

It hasn’t been Felix Coetzee and Silent Witness or Zac Purton and Aerovelocity or Brett Prebble and Lucky Nine – partnerships characterised by picket fences of winning runs.

He gives you everything. He doesn’t leave anything out on the track
Neil Callan

This one has been a partnership forged firmly in understanding and respect – Blazing Speed responds to the way Callan handles him and the jockey loves the horse, despite his relatively bare win record.

“What I love about this horse, he’s never really had a big turn of foot or those sorts of weapons, but what he does, he gives you everything. He doesn’t leave anything out on the track,” said Callan as he hunts for a second HK$20 million QE II on Sunday. “Really, you can’t ask more of any horse than that.” 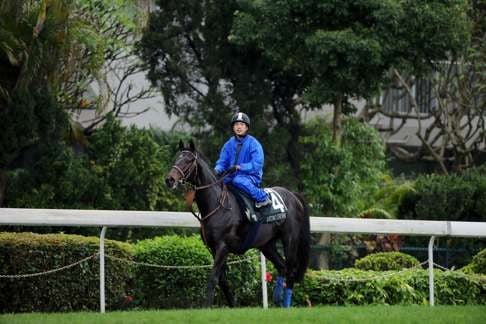 Group One wins at 1,600m, 2,000m and 2,400m show just how versatile the seven-year-old has been in assembling more than HK$36 million in prize money and Callan doesn’t think he has lost anything a year on from his last win.

“He just stretched his legs in the trial the other day and felt good and he still retains the ability.

“He’s run credible races all season, even though he hasn’t won. He’s one of those horses that flies under the radar, has been his whole career, and when his moment comes he’ll take it,” Callan said.

“He was a bit unlucky when Military Attack beat him in November and then he ran a great race in the Hong Kong Cup considering the way it was run so hard. It was brutal, but only the two Japanese horses beat him home. 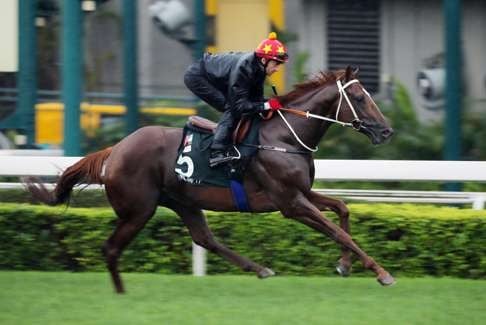 “I think he’s as good as he was, but the other thing that hasn’t changed with him, he just needs everything to happen the right way in a race to win.

“When he got gate three at the draw for the QE II, I felt the first part of the puzzle fell into place.”

Blazing Speed’s two Group Ones for Callan have been almost mirror images – the horse arrived in his ideal position following the speed very early in the race, switched off and put his feet up until the 500m and both times swept up, around and away and defied all efforts to run him down. 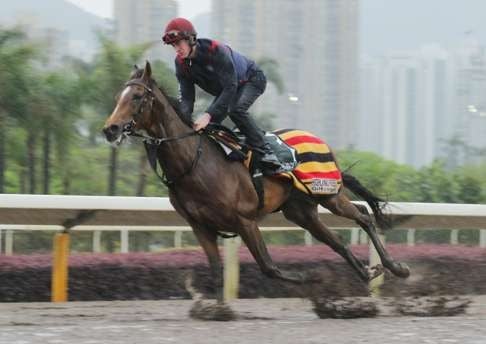 “This race looks very tactical, which means it’s our sort of race from that draw,” Callan said. “Maybe Designs On Rome has to move early to get into the race if it’s a bit of a soft tempo or maybe someone else makes a move to counter that.