The Australian speedster lit up Sha Tin with his electrifying victory from last, before Japan’s Horse of the Year ensured it was a day to remember 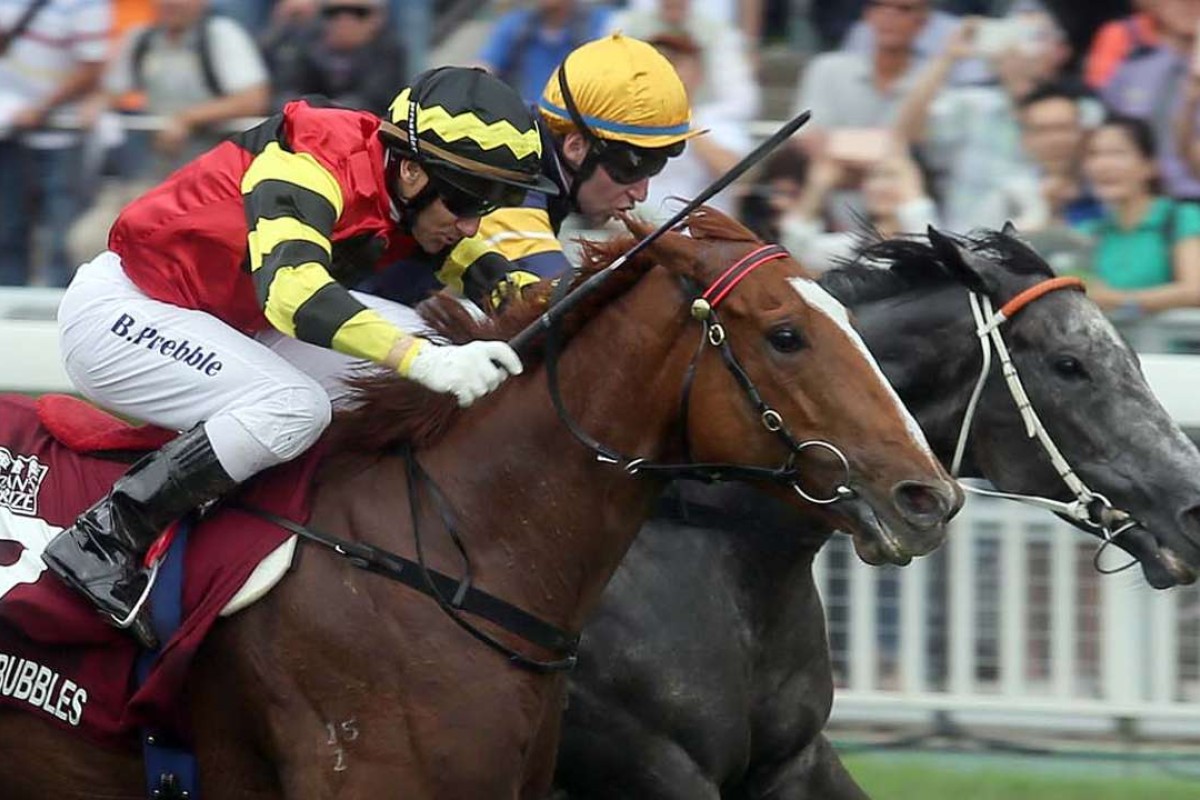 Chautauqua just gets up over the top of Lucky Bubbles to win the Chairman’s Sprint Prize. Photo: HKJC

The world came, they saw and they conquered at Sha Tin on Sunday as Australian sprinter Chautauqua took the Chairman’s Sprint Prize in breathtaking fashion, before Japan’s Horse of the Year Maurice completed the Hong Kong Mile-Champions Mile double almost as easily.

Hong Kong’s horses were game but were no match for the two superstars, who both were sent off favourite and were greeted with some of the biggest cheers Sha Tin has seen.

Chautauqua’s burst from last has become his hallmark, but rarely has it been as electrifying as it was in the Chairman’s Sprint Prize as he reeled off a scintillating final 400m of 22.28 seconds to land the HK$10 million feature over Lucky Bubbles (Brett Prebble) and Strathmore (Neil Callan) in the first year it was open to international visitors.

Emotions were running high as jockey Tommy Berry and co-trainer Michael Hawkes celebrated the grey’s victory wildly, along with a large group of owners, and Hawkes believes that they have no option other than to head to Royal Ascot for the Diamond Jubilee Stakes next month.

“We have to make a decision by 9am in the morning, the Australian government has given us until then to decide if we go into Australian quarantine or look to Europe,” he said. “If we go to Europe, there is a flight booked for Wednesday night with Bow Creek and Safety Check. I’d say on that, you would have to give him his chance – and who knows, we could be back here for the Sprint in December, or maybe even the Mile.” 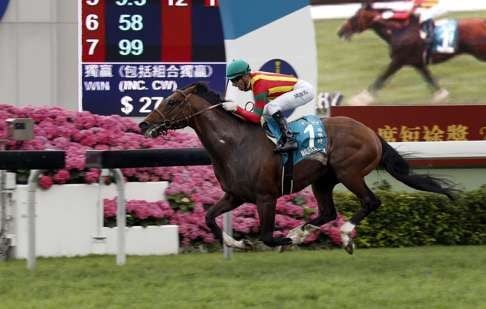 Maurice lobbed into a perfect spot, one out and one back on what was a fairly sedate tempo set by Beauty Flame (Matthew Chadwick), and pounced at the top of the straight to win the HK$14 million Group One by a widening two and three-quarter lengths over locals Contentment (Brett Prebble) and Packing Pins (Gerald Mosse).

“It couldn’t have been easier, it was simply unbelievable to be aboard such an animal,” the Brazilian rider said. “He was coming off a long break, that was his first run since December and he just made it look so easy. I never had any concerns at any stage. He will be hard to beat wherever he goes, not many horses can match him.”

He is likely to face a rematch with John Size-trained Contentment in the Yasuda Kinen, with Tony Cruz’s fourth-placed Beauty Only also a potential visitor to Tokyo next month.