Douglas Whyte full of praise for Styling City: ‘only good horses do that’ 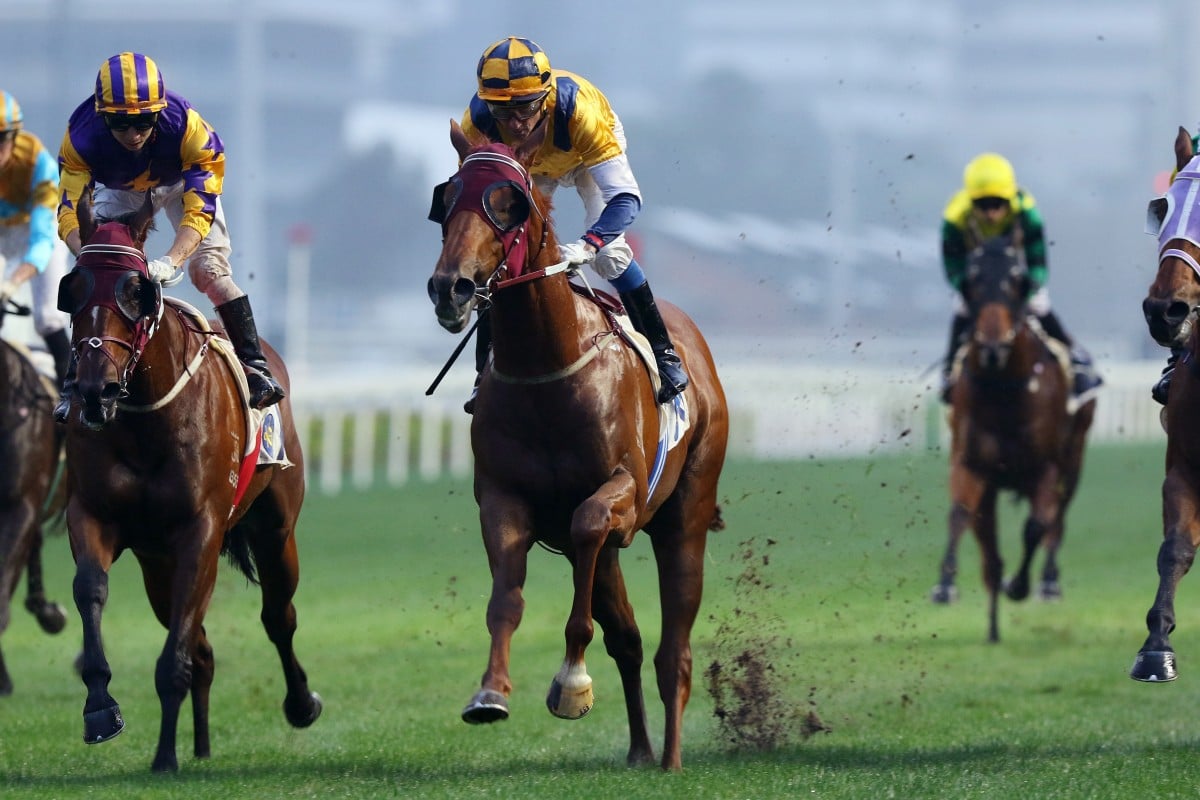 If you backed boom sprinter Styling City – as many did – your heart would have been in your mouth with 200m to go as he ran into a couple of dead-ends.

But instead of turning it up, the John Moore-trained three-year-old only added to his burgeoning reputation with a stunning win in the Class Two Chek Keng Handicap (1,000m) at Sha Tin on Sunday.

Douglas Whyte used all of his experience, keeping his cool as each obstacle was thrown in front of him, and Styling City responded like a seriously good animal, storming home between runners to snatch victory from the jaws of defeat.

The 13-time champion explained what was going through his mind as the race unfolded.

“The first thing is he didn’t begin like he normally does – he was a little bit sluggish away,” Whyte said.

“He replicated his trial the other day when he didn’t show the same speed he did in his last run. I was of the opinion that he’s looking for that little bit further but he might have just matured and he can be ridden differently, so I didn’t panic.

“But when I saw a wall of six of them in front of me, I had Bravo Watchman to my inside, who I rode last time and I know he lays out significantly.

“I saw a run on the rail and went straight for that and it was there – there was a big enough run – I would have got through comfortably and I would have won the race by two lengths.

“Then Grant van Niekerk, who got a severe reprimand, allowed his horse [Baltic Whisper] to roll out and that’s when the thought went through my head go to Plan B. Then Plan B didn’t unfold the way I wanted, I had to then get back around Bravo Watchman. 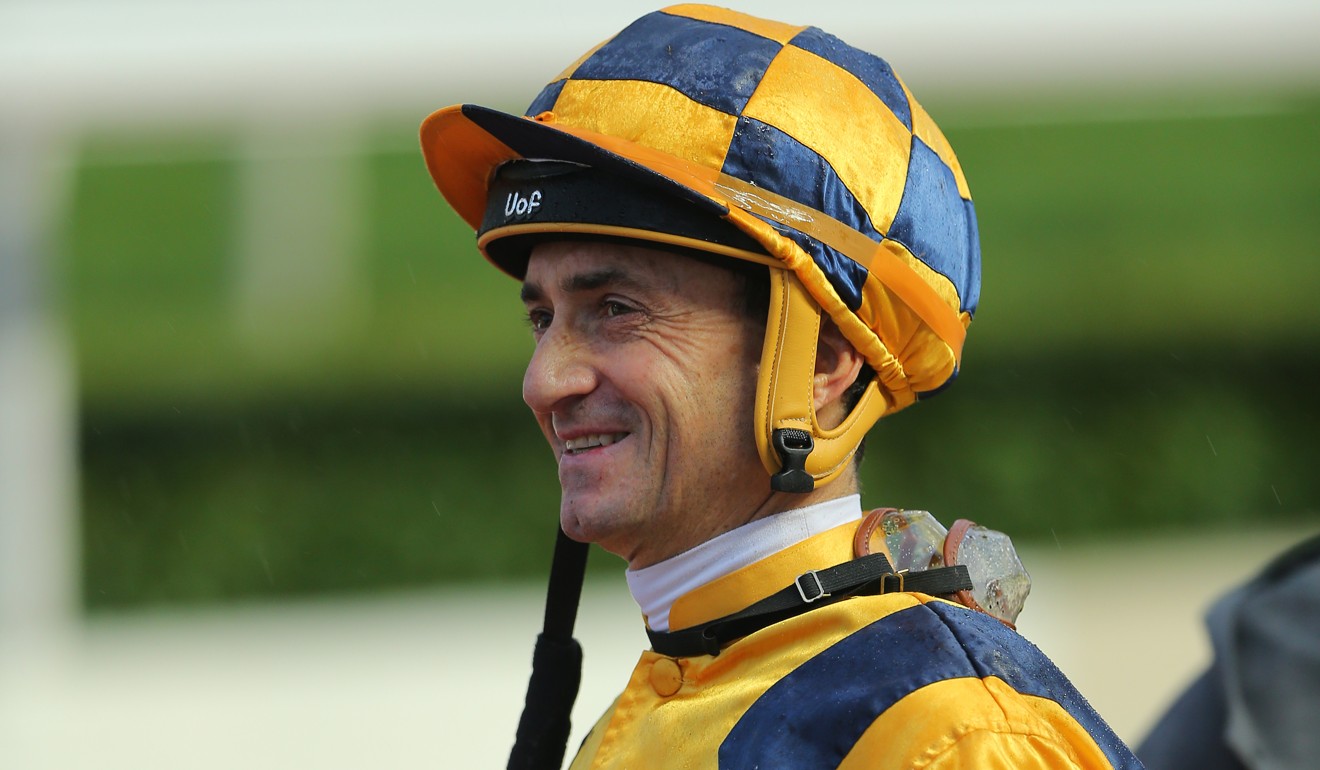 “But to the horse’s credit, having had that breather the first 400m and not having that relentless pressure he’s had the last couple of runs, when I got hold of him, man he let down. That’s the best feel he’s given me compared to all his wins.

“He’s won well, but he’s never had to really fight, he’s killed them at the 600m and gone and won by two or three lengths. Today he had to show a bit of tenacity and fight and courage and really dig down.

“He was on the canvas and he pulled himself forward and only good horses do that, especially over 1,000m here. It was a great effort and going forward there are bigger things to come. He’s not one-dimensional, I think he learned a lot today and I think he’ll come out of the run feeling good.”

Styling City, who jumped the $2.80 favourite, has now won five of his seven starts and looks a star of the future.

The Gai Waterhouse and Adrian Bott-trained three-year-old has won twice at Group Three level and started favourite in the Victoria Derby before disappointing. Lor already boasts a strong hand in this season’s four-year-old series with the likes of Dark Dream, Furore, Superich, Heavenly Thought and Kings Shield and this addition gives him a leg up for the 2020 Hong Kong Derby.

“The owner held off as long as he could but the waves [of offers] just kept coming and it became just a little bit too difficult in the end to say no,” Bott said of the undisclosed sum.

“It will be exciting to watch his career unfold over there [Hong Kong]. I’m sure he’ll be a huge success for them.”

Valley meeting to be held on C+3 circuit

A cracked irrigation pipe means Wednesday night’s meeting at Happy Valley will be held on the C+3 course instead of the A course as originally planned.

The crack was discovered on Monday meaning an area of the track just in front of the winning post needed to be dug up to fix the problem.

It extended out into the B course, so the move was made to avoid the area completely while the ground consolidates.

The following meeting on January 9 will be back on the A course.

Godolphin jockey William Buick opted to withdraw his appeal against the severity of the reckless riding suspension he copped for his effort on Pakistan Star in the Group One Longines Hong Kong Vase.

Buick was outed for 12 meetings and fined HK$20,000 by stewards after causing heavy interference to Waldgeist and Red Verdon at the top of the straight and lodged an appeal the following day, but subsequently withdrew it earlier this week. 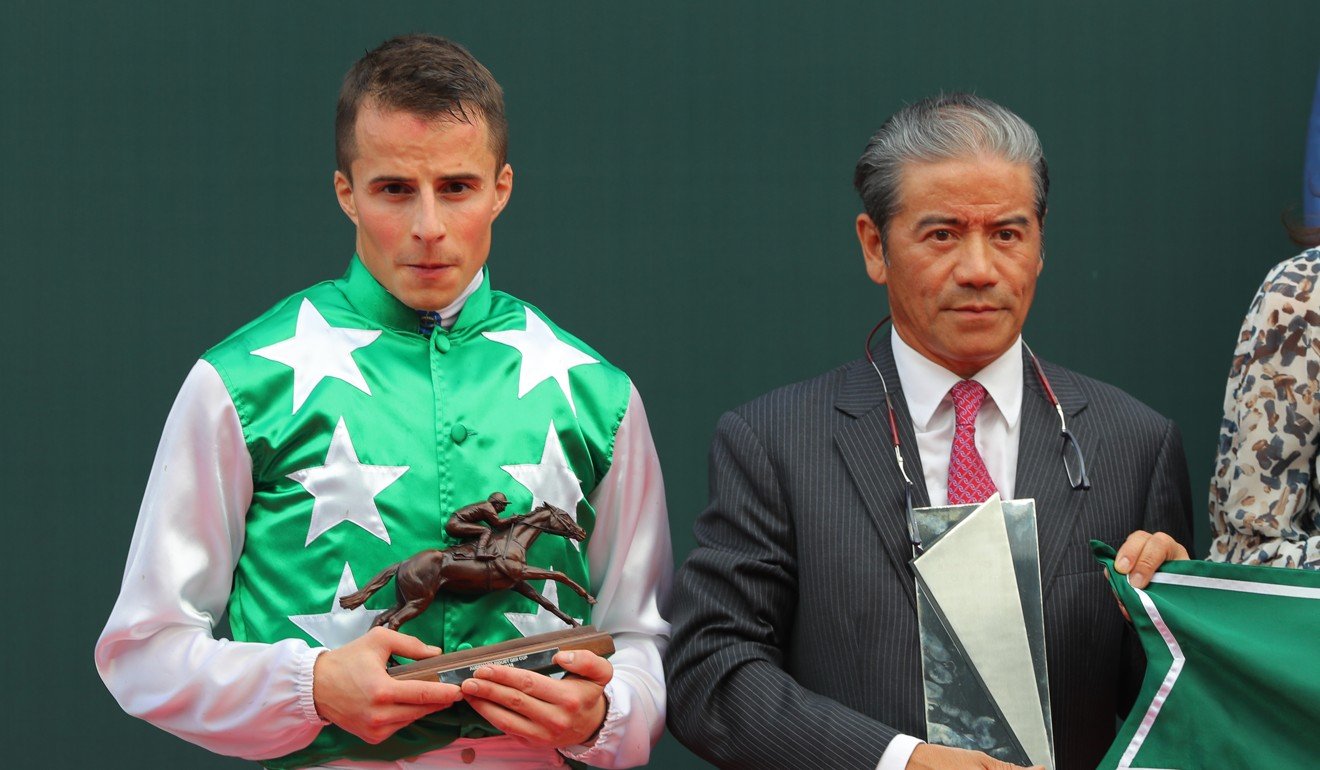 Buick will be free to resume riding on January 28.

Meanwhile, Chad Schofield was the only rider to earn the wrath of stewards on Sunday, hit with a two-day suspension for his ride on Flying Murty in the eighth race.

Just a reminder that with The Post not publishing on either Christmas Day or Boxing Day, there will be no Racing Post for Wednesday’s Happy Valley meeting.

The fields, tips and news will still be available online at scmp.com/sport/racing as usual.

Merry Christmas from all of us on the racing desk.