Champion horse Beauty Generation is set to shine on the world stage with momentum growing to tackle Japan’s Group One Yasuda Kinen in June.

Trainer John Moore confirmed the plans on Tuesday morning after the six-year-old trialled at Sha Tin ahead of his run in the Group Two Chairman’s Trophy (1,600m) on April 7.

“Overall, it is the same preparation as we were hoping for before,” Moore said.

“He will go to the Group Two, then the Champions Mile [on April 28], then everything going well Japan is on the cards.”

Moore revealed after his Group One Queen’s Silver Jubilee Cup (1,400m) victory last month that he was considering bypassing the Chairman’s Trophy and giving the horse a break, but has now opted to head there.

Doubt had also been raised by connections about the possibility of a Japan trip at the end of the season with the Kwok family looking to take a cautious approach with their top-rated galloper, but there is renewed confidence to take on the world after declining an invitation to next week’s Dubai World Cup meeting.

“The owners were talking about [Japan] this morning, which is good,” Moore said.

“If he can do these next two races facile, they take nothing out of him and people say it’s almost like a working gallop, then definitely it’s on the cards.

“Because he puts on condition pretty quickly, we thought it might be in his best interests to go into the Group Two to keep him ticking over otherwise he might go into the Champions Mile a fraction underdone.”

Beauty Generation trialled as strongly as ever on Tuesday over a 1,000m trip up the Sha Tin straight alongside stablemate Eagle Way. 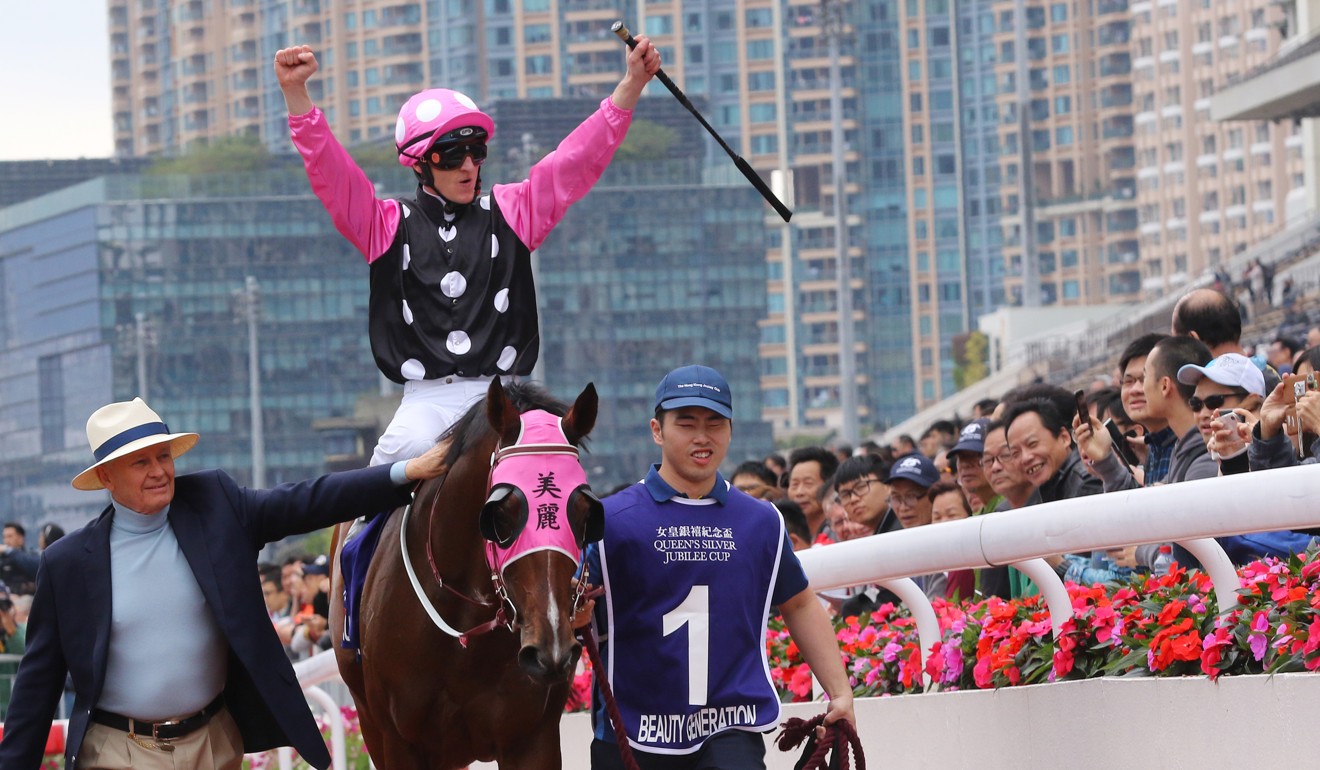 “Zac [Purton] came back and his first comment was that was a better trial than when he went into the Group One race last time,” Moore said.

“He had a good blow as you’d expect and thank god there was Eagle Way just to take him on when he hit the winning post.”

The Yasuda Kinen has been traditionally difficult for Hong Kong horses to win with just Bullish Luck (2006) and Fairy King Prawn (2000) managing to salute. Champion sprinter Silent Witness managed to run third in 2005.

Pressed on the prospect of extra challengers potentially arriving from Australia for April’s Champions Mile, Moore declared the more, the better.

“That would be great, come on over,” he laughed.

Ratings released last week revealed Beauty Generation as the joint top-rated galloper in the world for 2019, alongside Winx and City Of Light.