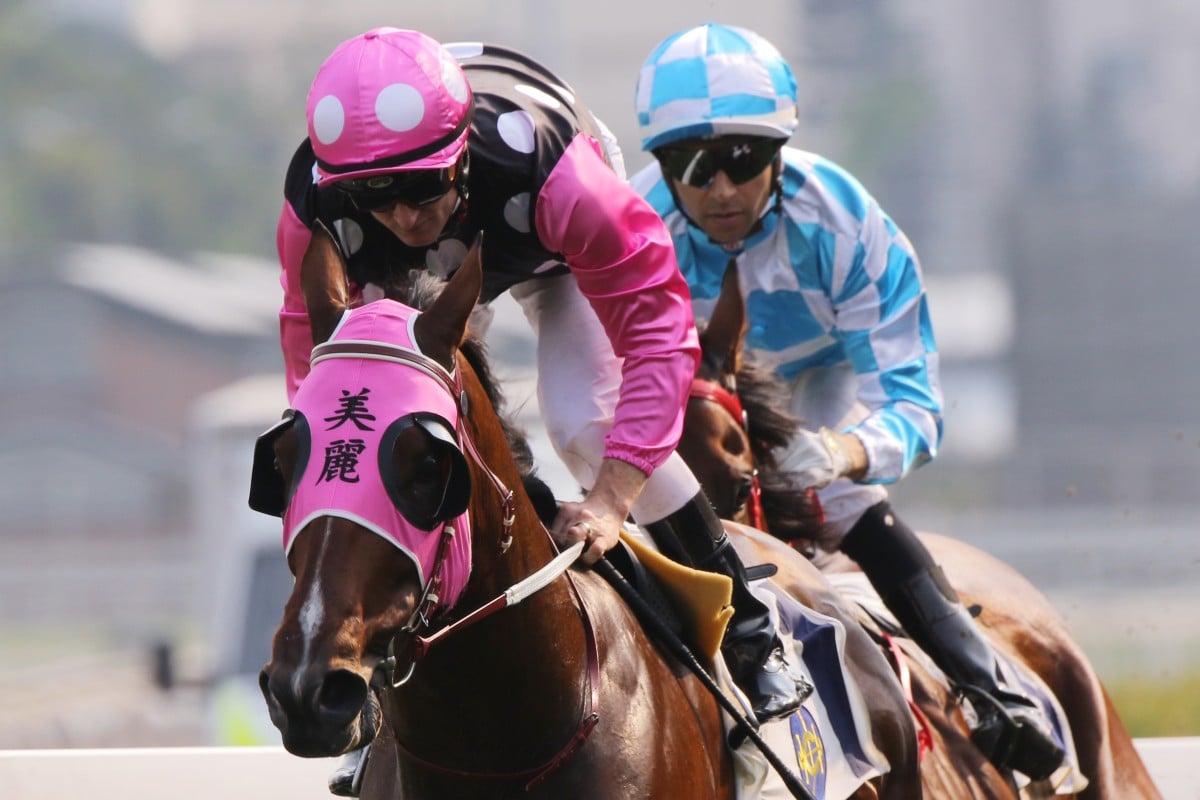 Zac Purton cruises to victory on Beauty Generation in the Group Two Chairman’s Trophy (1,600m) at Sha Tin on Sunday.

Trainer John Moore joked it is always nice to have his “Ferrari” Beauty Generation in the garage after winning the Group Two Chairman’s Trophy (1,600m) at Sha Tin on Sunday, but the champion galloper again proved he is no laughing matter.

The six-year-old extended his winning streak to eight, including seven this season – equalling the record – in a canter thanks in part to a forward-thinking Zac Purton ride.

The Australian was concerned about a strong headwind in the back straight and was not prepared to give his rivals an easy run in behind the six-time Group One winner. 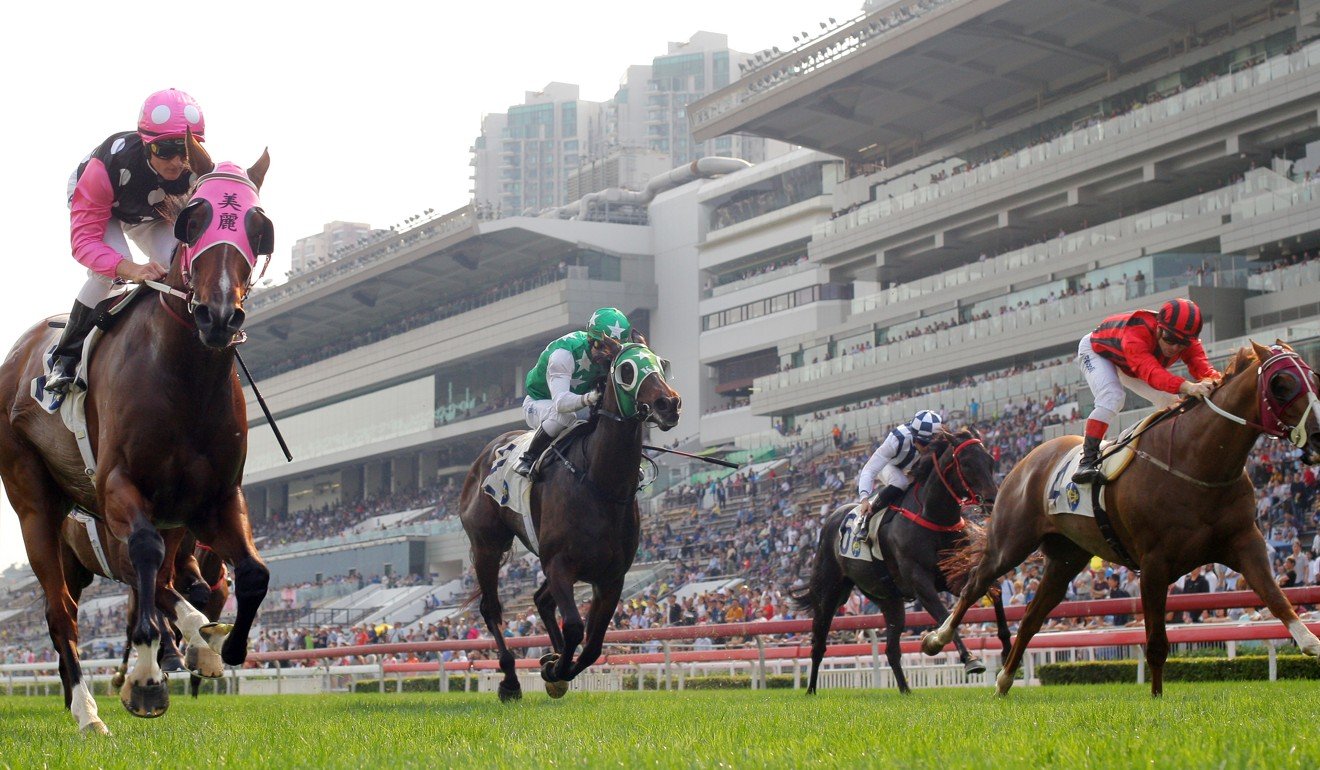 Jumping from barrier seven in the nine-horse field, Purton did not cross his rivals once passing them, instead allowing the likes of Joao Moreira on Conte and Derek Leung Ka-chun on Mission Tycoon to cop the full brunt of the wind.

“He had to carry extra weight and the one thing I was more concerned about was the wind today. The headwind down the back straight was really, really strong,” Purton said.

“So having to carry extra weight and giving it away to other horses and running into that wasn’t going to be easy, so to offset that I stayed out away from the rail and made Joao run into it as well.

“I thought if I had to run into it, he can join me in it, just take what I could out of him.”

While the margin to the runner-up Eagle Way reads just one and a quarter lengths, Purton is adamant the performance was more impressive than it seemed.

Beauty Generation makes it eight in a row and seven for the season as he takes the G2 Chairman's Trophy under @zpurton. #HKracing #champ pic.twitter.com/9YEUwtLmBq

“He had a soft trial so he is always going to improve from today but we knew he was good enough to get the job done today,” he said.

“There is more merit in the win than it may look like. He went out there and did what we needed him to do.”

While Beauty Generation will grab the headlines, crowd favourite Pakistan Star showed a glimpse of his former self, looming up to challenge the champion in the straight before finishing third.

The race was his first for new trainer Paul O’Sullivan and the Kiwi said the performance was enough to show there was still a spark in the dual Group One winner who had gone off the boil this season.

“They went a bit slow and he was a bit keen, he was a bit fresh today because he hasn’t done a lot,” he said.

“There was a spark there over a distance that didn’t really suit him so we will run him in the QE II Cup and see how we go.” 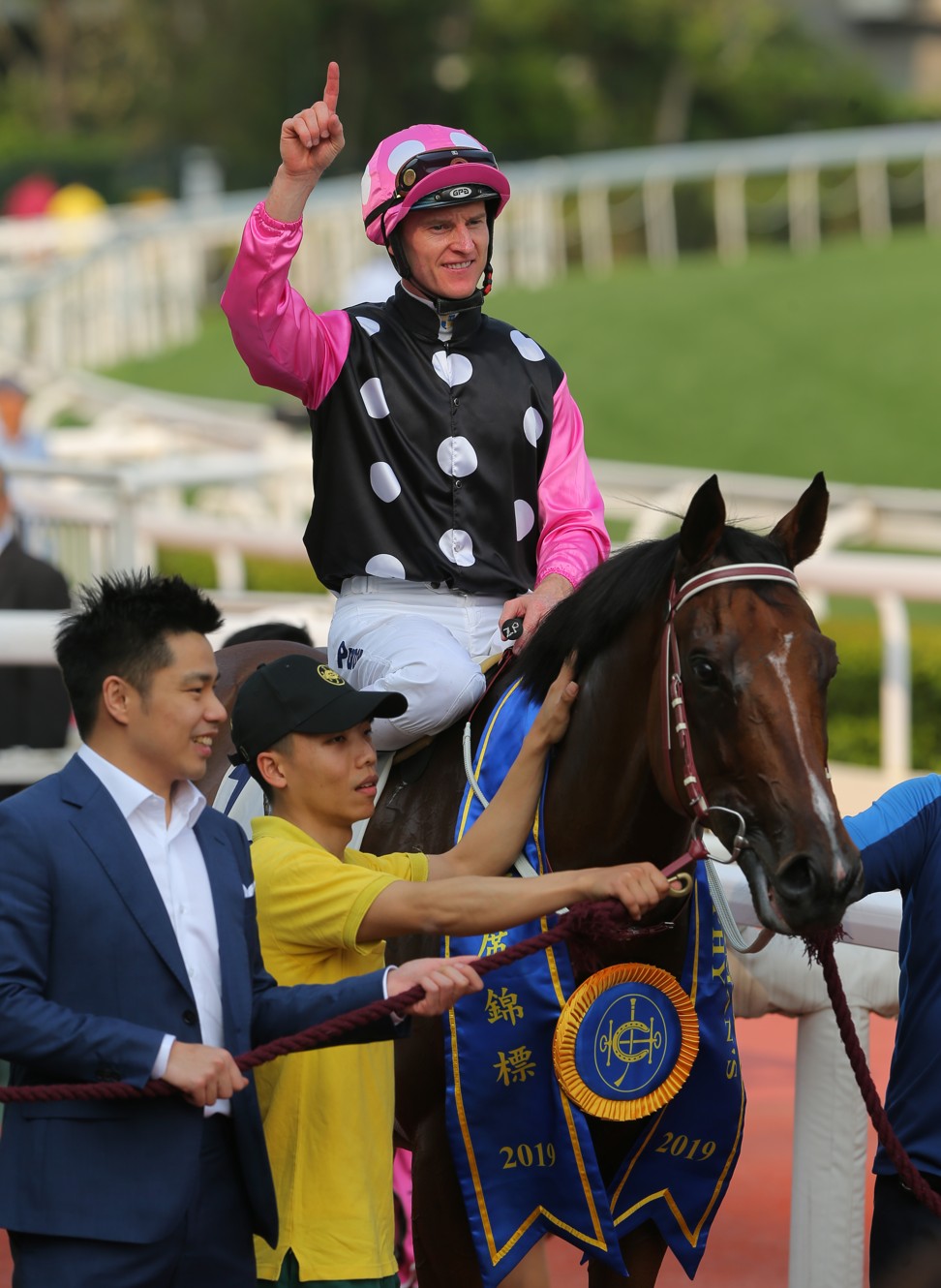 With a double-figure win streak quickly appearing on the horizon, Moore said it was hard not to feel the weight of public expectation with the horse, but lauded his freewheeling running style which puts his rivals to the sword.

“[That pressure is] in every trainer’s mind,” Moore said. “Look at [Chris] Waller with Winx, you are always thinking ‘can they just keep repeating?’

“He is such a durable fellow but and he does [keep repeating], so from that point of view there isn’t a great amount of worry because he doesn’t get trouble in running, he just gets out and makes his own luck. If anyone takes him on, he just goes back and then increases the revs around the 700m and has them all off the bit.” 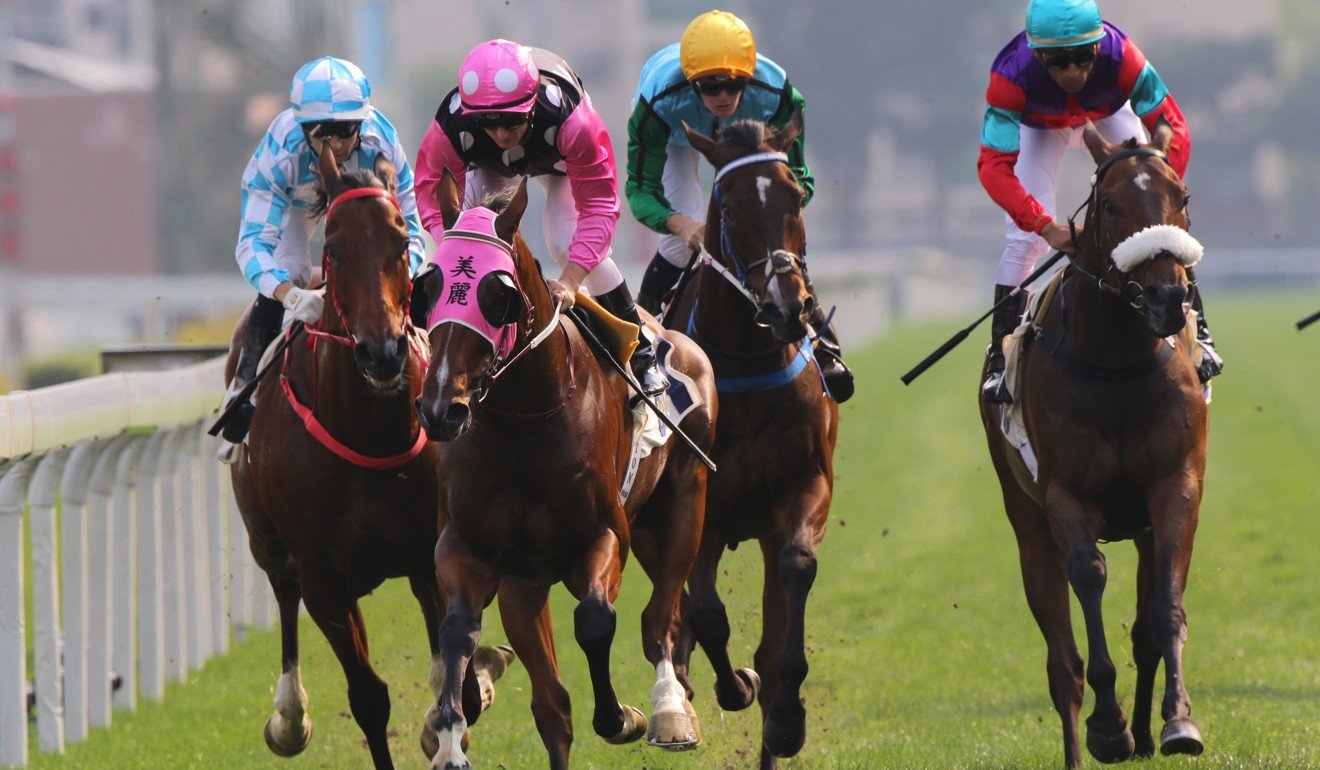 Beauty Generation will now head to the Group One Champions Mile (1,600m) at the end of this month the target and Moore dared rival international trainers to bring their A game if they want to take on Hong Kong’s best.

“It’s an open race, we have to see how good he is and we are only beating horses locally,” he said.