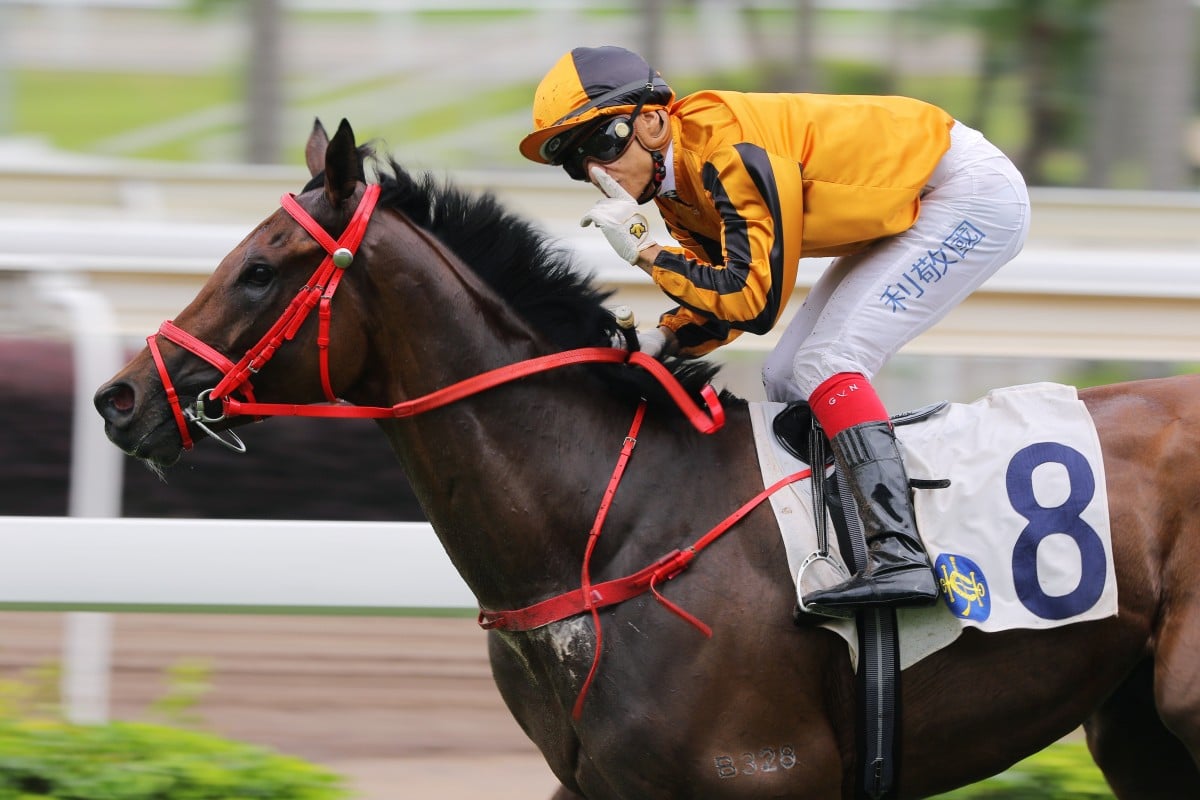 South African jockey Grant van Niekerk hopes his victory aboard Flying Thunder in the Group Three Premier Cup (1,400m) and his biggest day at the races in Hong Kong will pave the way for even greater success next season.

It was Van Niekerk’s first win at Group level in Hong Kong and he also saluted on the Caspar Fownes-trained Nice Fandango and John Moore’s Earth Trilogy to secure his first treble, giving him a confidence boost he intends to put to good use.

“It’s very nice to get a Group winner. I have some nice horses to look forward to next season, when you get these chances you have to make the most of them,” he said. “Hopefully I can get more chances from here on in and come back next season with some confidence.

“The first season was always going to be a learning curve and as long as I just keep proving myself things will be OK.”

Van Niekerk, who has now ridden 29 winners in his debut season, was on the board in the very first race with Nice Fandango but that win came at a cost, with the 27-year-old hit with a two-meeting suspension and a HK$35,000 fine for careless riding.

“It was a great day, it’s just the suspension that ruined it. I thought I had some nice rides today so I’m glad I got the results,” said Van Niekerk, who has struck up a strong association with the Frankie Lor Fu-chuen-trained Flying Thunder.

“He gave me a very nice feel, he’s a horse that is going places. When I won on him the first time he gave me a really nice feel and he’s followed up on that today.”

Lor continued on his merry way, snaring a second Group Three success to add to two Group Ones and his sweep of the four-year-old series in what has been a commanding performance this term. 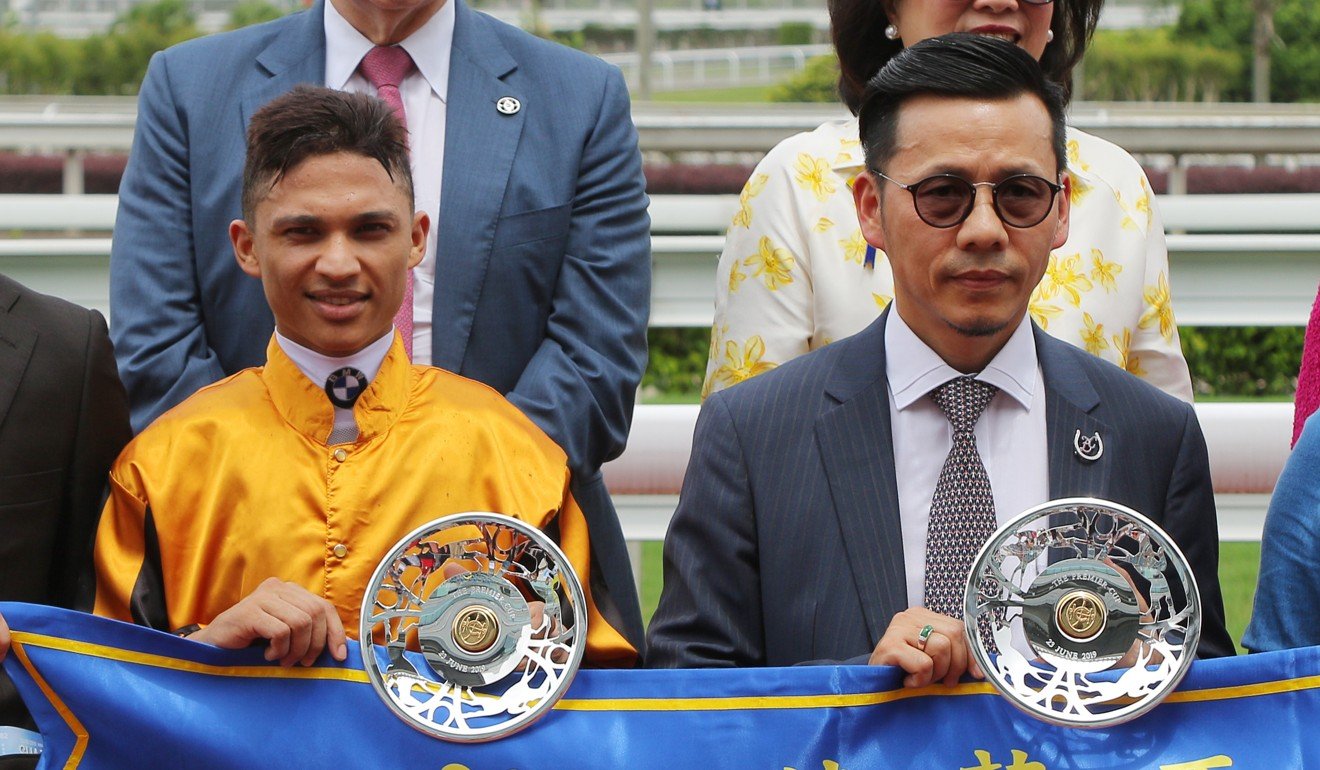 With 62 winners for the season, Lor is now three short of the 65 he racked up in his debut year with six meetings remaining.

He admitted the Premier Cup has been in his plans for a while now – “I have been looking at this race for this horse for a long time” – and he wasn’t left disappointed as Flying Thunder saluted as the $3 favourite.

The four-year-old has now won twice from seven starts and has not missed a place in his last five outings, with Van Niekerk aboard for both of those victories. 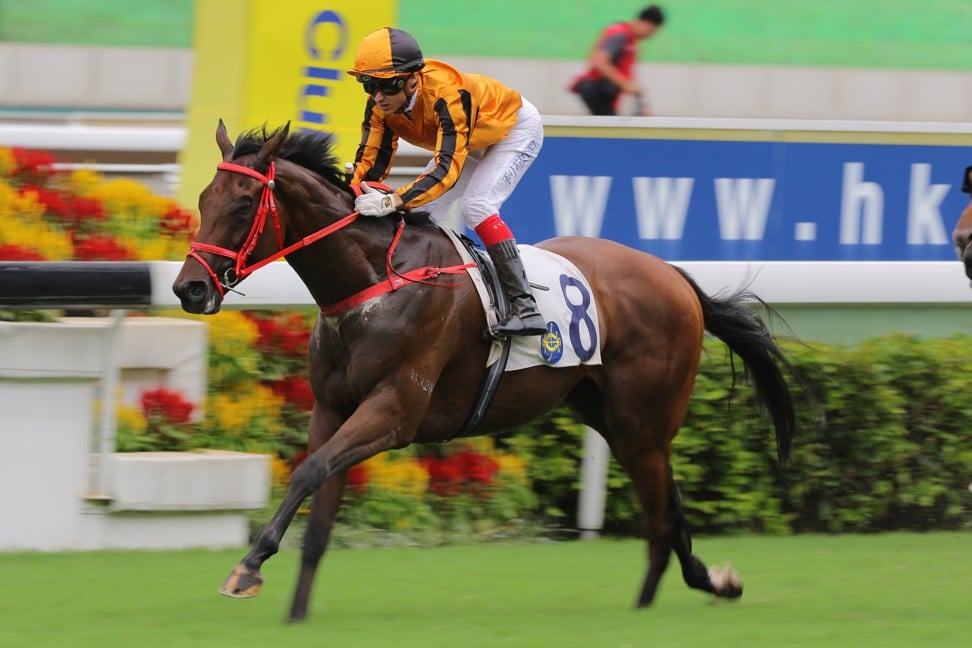 “He has ridden him three times for two wins a third, it’s good for him,” Lor said.

Flying Thunder has made swift progress from Class Three to a Group Three winner but Lor remains unsure whether the gelding is good enough to match it at the very top level.

He looks a good horse and after this race we will look towards next season, there should still be a lot of improvement and we will look for more Group races for him,” he said.

“We will try [to race him in Group One company] because sometimes you don’t know how much improvement they have to come. We need to have a look next season.

“I think 1,200m is a little bit short for him so we will have to see next season if he can handle 1,600m or not. I think it should be OK but we need the horse to relax a little bit more.”