The talented South African keeps finding himself in trouble with stewards but with 31 victories for the term, he still has a strong group of supporters and takes a full book of rides into Wednesday night’s Happy Valley meeting 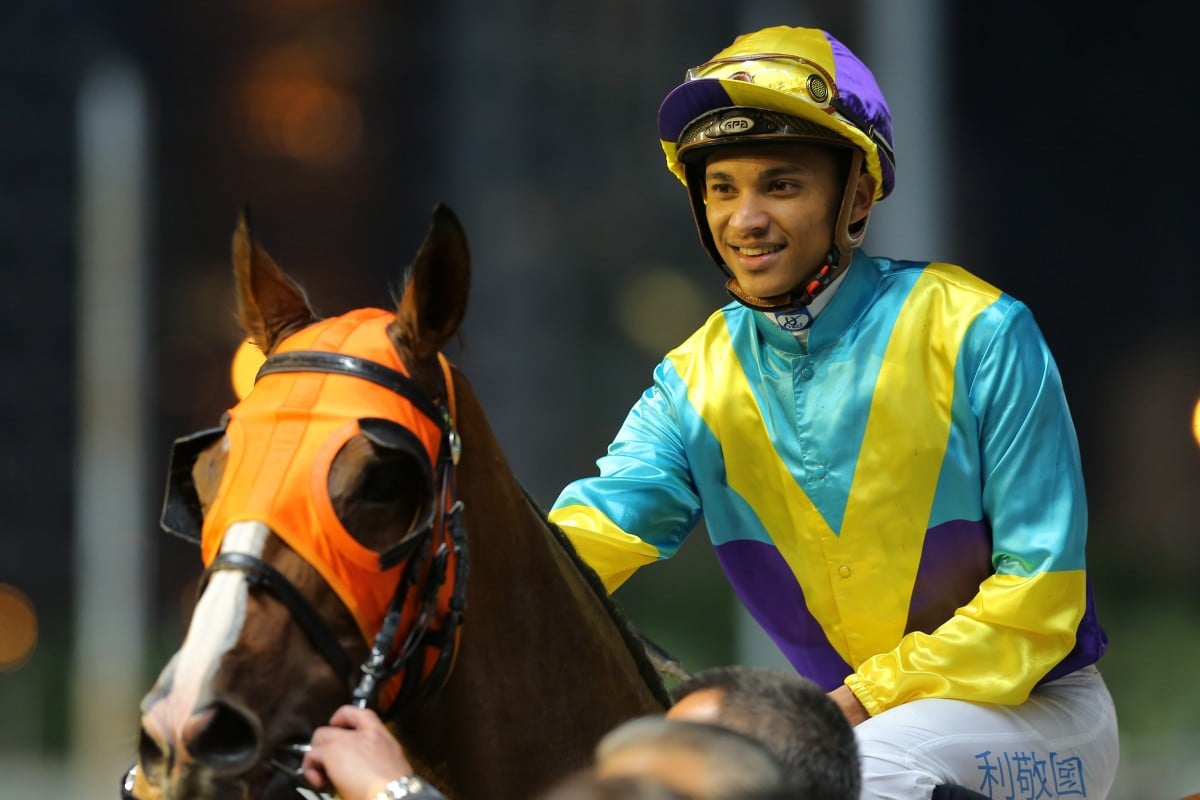 He shares the title of Hong Kong’s most-suspended jockey but Grant van Niekerk is looking to make amends for his on-track misdemeanours at Happy Valley on Wednesday night.

The South African has felt the wrath of the stewards five times this season, matched only by apprentice Alfred Chan Ka Hei, but clearly has not been forgotten by owners and trainers with the 28-year-old picking up a full book of eight rides at the city track upon his return.

His penalties have been costly – not only has he spent 10 days on the sidelines, he’s been hit with an additional HK$200,000 in fines by stewards. 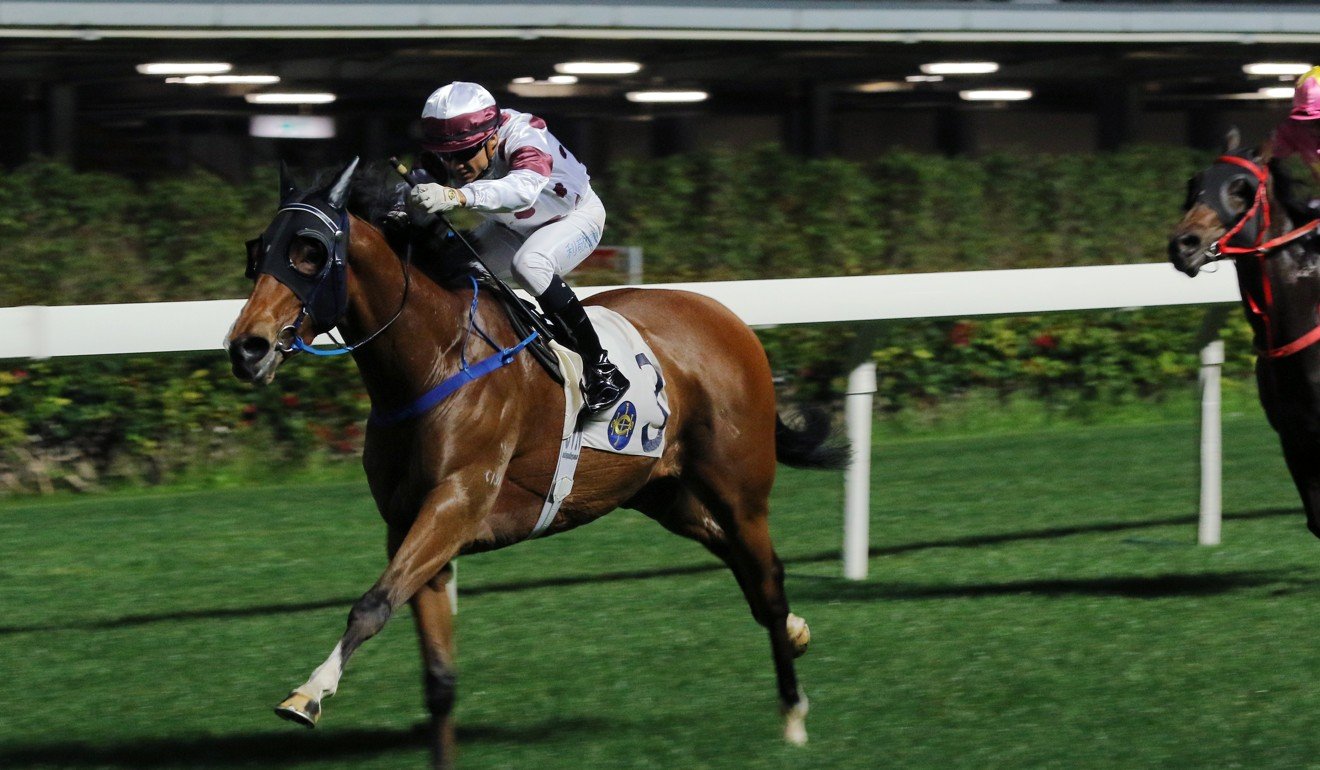 While the deadly coronavirus has kept Van Niekerk grounded in Hong Kong over his latest break, he is hoping it can act as a blessing in disguise as he has been able to work horses in the lead up to races.

“I have just been chilling, my son is here with me so he has been keeping me on my toes, with the virus going around I don’t want to travel too much so I have been here working and enjoying Hong Kong,” he said.

Van Niekerk will again ride Me Tsui Yu-sak’s Victory For All on Wednesday night after he almost caused a boilover last start at knockout odds.

The three-year-old launched from a clear last to only be beaten by a half-length at $90 after finishing no closer than five lengths in his three previous starts.

No one was more surprised in the performance than Van Niekerk, who admits he was not expecting the third placing.

“I am not sure [where it came from] really, I had no confidence going into the race but Me Tsui did say he was working well,” he said.

“I just gave him a chance from the draw and he finished his race off really well.

“He was a touch unlucky, coming into the straight, there wasn’t much room for me to make my run, I had to squeeze through a tight gap. He sort of got out there, I had a chance of finishing maybe a little bit closer than what I did, but after the bad bump he just got a little bit winded.”

Jumping from barrier seven this time instead of 12, Van Niekerk said he does not want to change his formula which brought about the improved performance.

“I don’t really want to change too much with him,” he said. “I will just give him a chance and hopefully he can do the same. He will come into the race with a big chance.”

He also rides Jolly Honour for Tsui who is looking to secure his second win for the season. 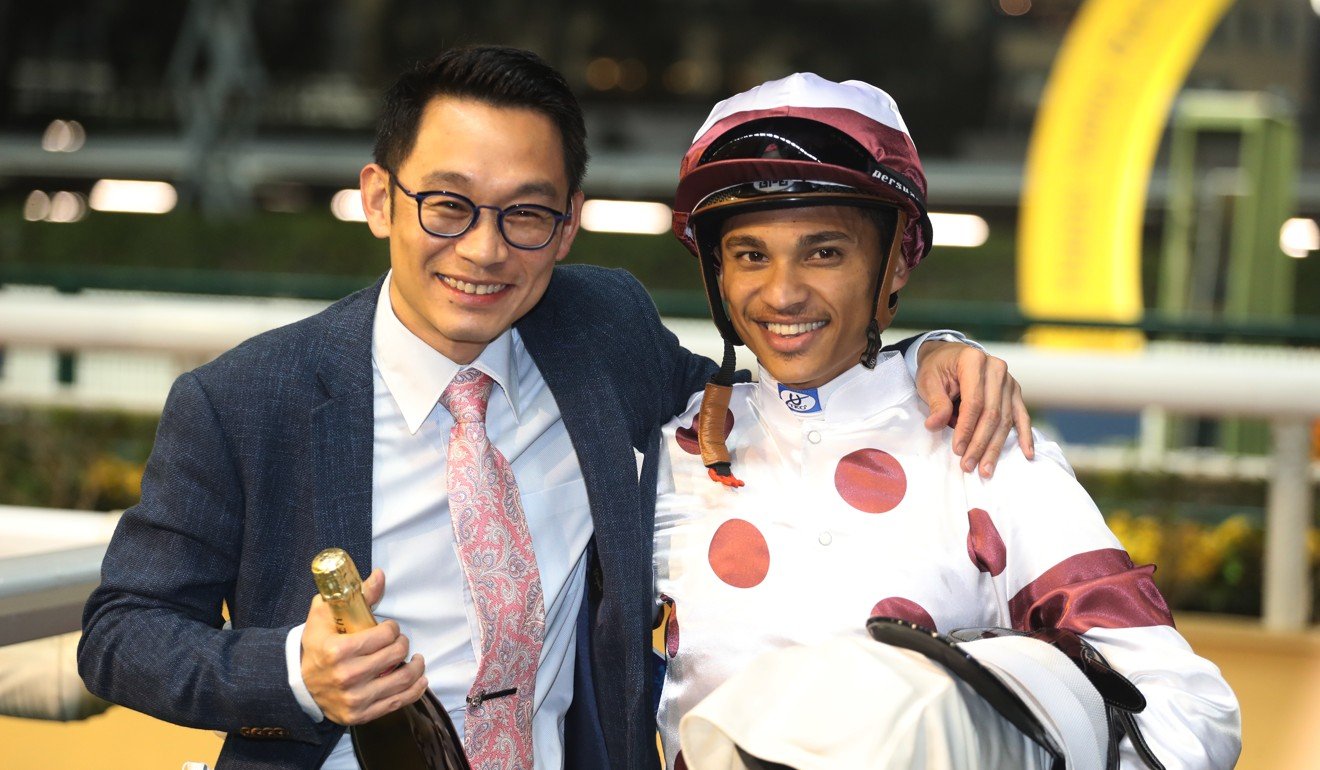 After taking off around the field down the back straight and getting gunned down in the shadows of the post last start, Van Niekerk admits he made a mistake.

“Last time I went a touch too soon and they caught me at the end, I will be a little bit more patient on him and ride the race as it comes,” he said.

“He is a bit of a tricky horse to ride, you have to go a little bit early on him because he gets going but doesn’t turn it on as you would want him to.”