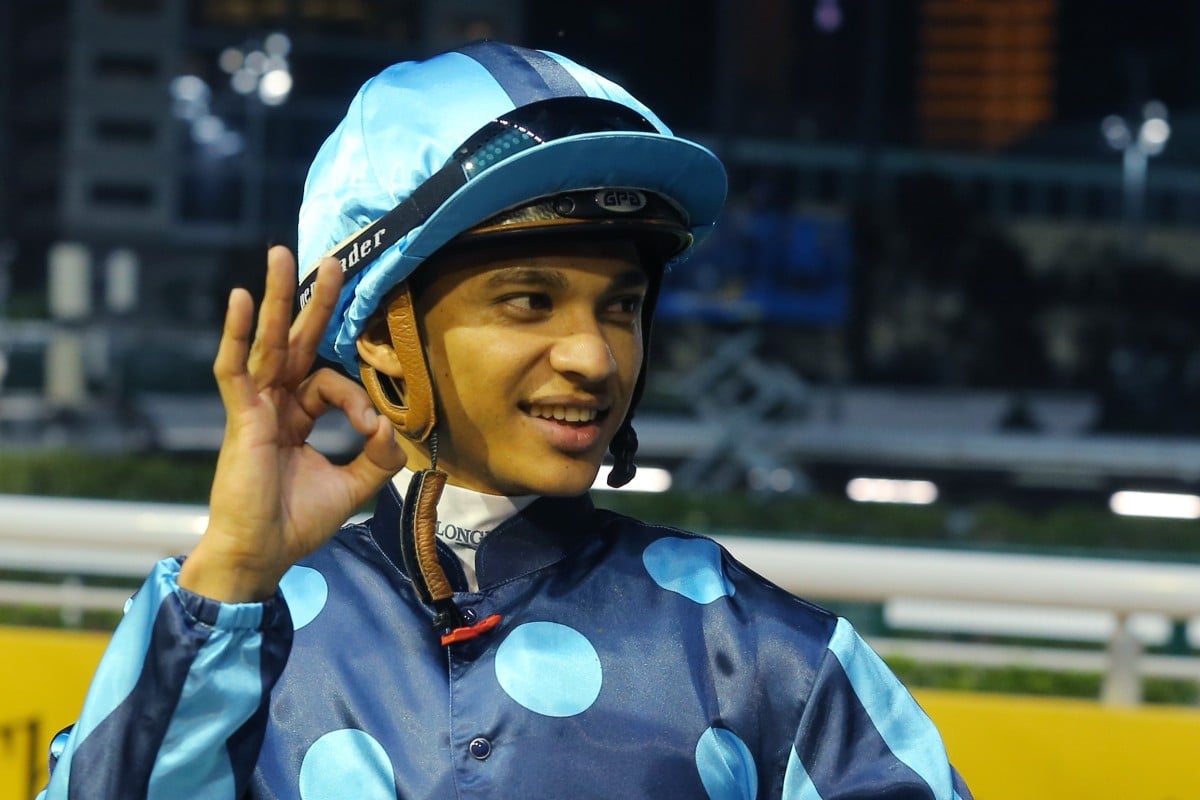 Grant van Niekerk is riding with plenty of confidence and he took full advantage of it at Happy Valley on Wednesday night, snaring a treble.

Backing up after a double on Hong Kong Derby day, the 28-year-old continued his exceptional form, piloting Best Alliance, Zero Hedge and Blooming Spirit to victory in consecutive races.

The haul is Van Niekerk’s second treble of the term – he also achieved the feat at the city track on Boxing Day – and he sits a clear fifth on the championship table with 37 winners.

“Look it’s not easy because they’re all very good riders but I’ll just keep doing the best I can and with the chances [I’ve been getting], hopefully we’ll be all right as the season moves on.”

The first came via a smart mid-race move on Best Alliance but there was a cost – a three-meeting suspension and a HK$120,000 fine – the second was a much-deserved win for the consistent Zero Hedge while Blooming Spirit continues his climb up the ratings after adjusting to life in Hong Kong.

The latter struggled as a three-year-old in his debut campaign, but Frankie Lor Fu-chuen’s gelding has continued to improve this term, having never finished further back than fourth in his past six starts.

“He quickened quite well, but I think he does that, he quickens up and he just stays on so he got a run at the right time and just towards the end he was just slowing down a bit,” Van Niekerk said. “Hopefully there is more to come.”

The other big winner on the night was Zac Purton, who recaptured the lead in the championship race with a double.

The battle between the Australian and Joao Moreira – two of the best jockeys on the planet – has enthralled fans for years and the fight for this season’s title looks set to go down to the wire again.

Purton collected victories on Shouson and Jolly Honour to move to 90, while the Magic Man endured a tough night as three short-priced favourites in a row – Dancing Fighter, Cinquante Cinq and Green Reign – went under. He now sits one behind his rival.

Chad Schofield kicked off proceedings with a well-judged ride on Chris So Wai-yin’s Wonderful Tiger, who took out the Class Five Waterfall Bay Handicap (1,650m).

It was a welcome breakthrough for the six-year-old, who had been knocking on the door with three thirds in his three previous starts while the Irishman now has a winner at each of the past three meetings.

The three-year-old looked to be a one-trick pony early in his career – a front-runner who needed things to go his way – but in a positive sign for his future, Chadwick settled him midfield and he ran over the top of his rivals.