Ting’s fledgling galloper can be King King’s Race made an eye-catching debut late last season and is a galloper punters should pay close attention to in Sunday’s Chinese Recreation Club Challenge Cup (1,400m) at Sha Tin.

Many young horses improve after their first off-season in Hong Kong and it looks like Jimmy Ting Koon-ho’s four-year-old fits in that category.

A good example of this comes in the form of King’s Race’s stablemate Hardly Swears, who shocked when saluting at $65 on Wednesday night at Happy Valley.

After a reasonable effort on debut (he finished four-and-a-quarter lengths off the winner in a 1,000m dash at the city track), he has gone to another level, developing as a racehorse while also getting more of a chance to acclimatise to life in Hong Kong. 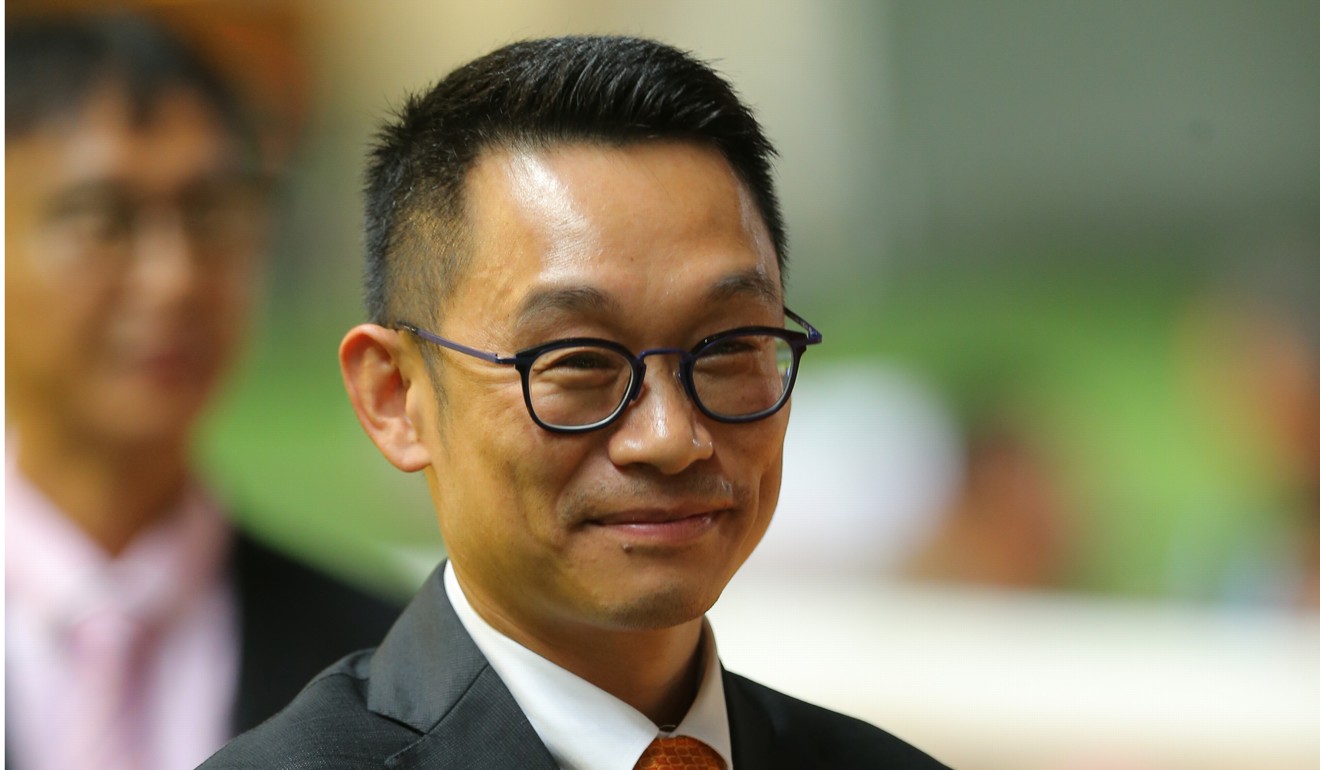 The result was a much improved effort, and while it caught punters off guard, it is certainly not unusual in these parts.

Another example (that punters did catch on to) came at the season opener when Tony Cruz’s Sunshine Warrior – who was unplaced in four starts last season – ran over the top of his rivals.

King’s Race finished fourth in his first start, two-and-a-half lengths behind Great Treasure, but what made it so impressive is that he kept hitting the line despite being forced to race inside other horses.

The gelding has been brought along slowly for this campaign, looking solid in a trial on the all-weather track earlier this month.

Leading local jockey Vincent Ho Chak-yiu retains the ride and will probably look to slot in midfield from barrier eight.

If the race pans out to suit, King’s Race can be running on strongly and it wouldn’t be a surprise to see him in the finish.

The biggest danger might be a horse with a similar profile in John Moore’s Sprint Forward.

He is another who turned four in the off-season and should improve on what he showed in his first three starts.

Three-time champion Zac Purton jumps aboard, which ensures he will be prominent in the market.

In a similar vein, Bright Kid is another horse who showed considerable improvement with an fast finishing first-up effort down the Sha Tin straight on opening day. The Douglas Whyte stable is on fire to start his training career with a winner at every meeting so far and this five-year-old can ensure that streak continues.

After winning two races in Australia to kick off his career (when known at Pah Terie), Bright Kid struggled to make much of an impact in Hong Kong last season, failing to place from nine starts under the guidance of Chris So Wai-yin.

But with an off-season under his belt and a change of stable, the gelding looks ready to win after dropping to a rating of 55.

After settling towards the tail of the field in his first-up run over 1,000m, Bright Kid stormed home to finish a length-and-a-half behind Ka Ying Master.

He steps up to a more suitable distance in the Class Four Sunbird Handicap (1,200m) and is likely to drop back from barrier 10.

If the pace is on, Bright Kid should be running on strongly again and will prove hard to beat.