Which Hong Kong horses are realistic chances of racing in Dubai? 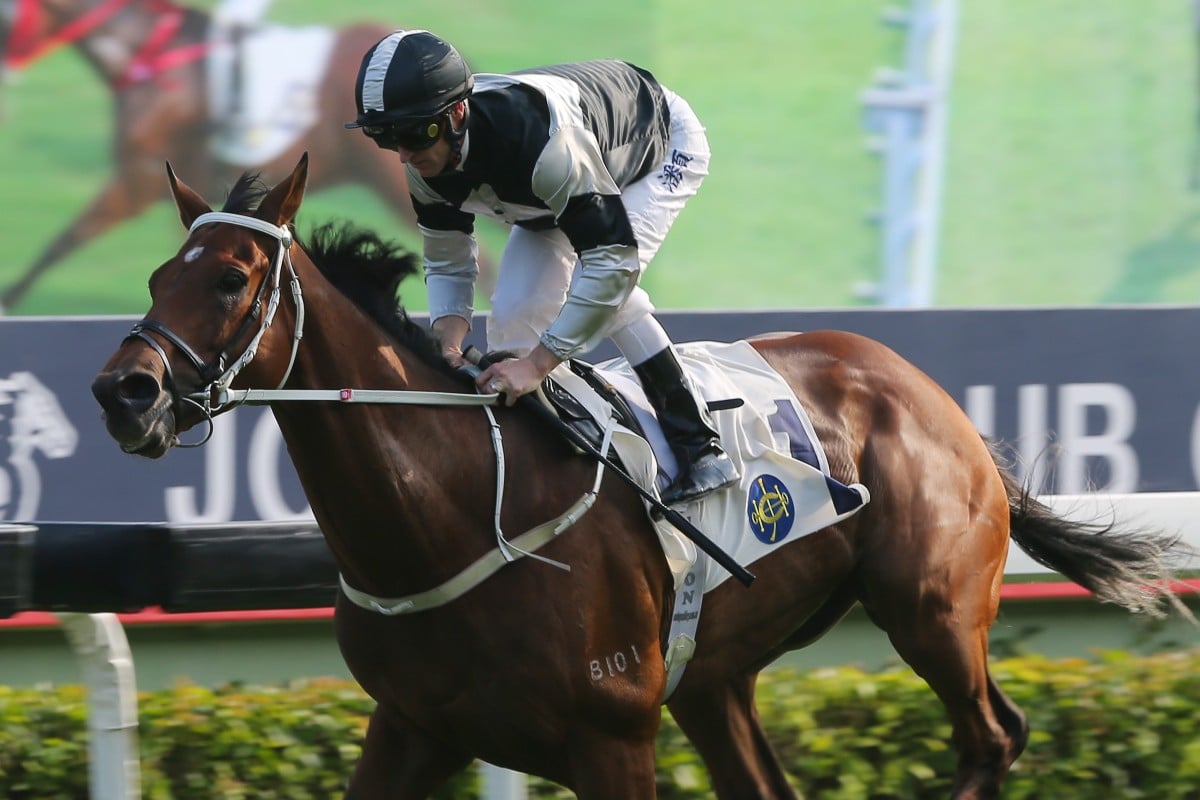 A few people were left scratching their head when the Jockey Club released the Hong Kong entries for the Dubai World Cup meeting and it had John Moore’s young speedster down for the dirt sprint and not the one on the turf.

Clearly it was a clerical error at this end as Dubai’s handicapper Neil Jennings confirmed “Aethero holds an entry in the [Group One] Al Quoz Sprint only” and an updated list was later sent out by the Jockey Club.

Nonetheless, there are six Hong Kong-based horses who hold entries for the feature meeting on March 28, but it remains to be seen how many will actually make the trip.

The reality is that decisions won’t be made until these horses have another run or two, so let’s wildly speculate on what is possible/probable.

Tony Cruz has long said the Dubai Sheema Classic (2,410m on turf) is a target for his star stayer Exultant and he would be Hong Kong’s leading hope if he were to make the trip.

“I think we are going to go to Dubai, we have that in mind,” Cruz said earlier this season.

The six-year-old is still racing well – he won the Group Two Jockey Club Cup in November and was gallant when third in the Group One Hong Kong Vase – but he probably needs to defend his Hong Kong Gold Cup title next month to lock in his flight. Fingers crossed he does.

Two-time Hong Kong Horse of the Year Beauty Generation has again been entered for the Group One Dubai Turf (1,800m), but you would think it would take a return to his best for connections to even consider making the trip.

The owners of Beauty Generation, the Kwok family, were reluctant to travel last year when he was at his peak, and while Moore might be keen to roll the dice in his last season as a trainer in Hong Kong, it is far more unlikely than likely.

Aethero is perhaps the best hope of representing the stable, given he will miss this weekend’s Group One Centenary Sprint Cup, but even then it is not a straightforward proposition.

The three-year-old put in an enormous run when third in the Hong Kong Sprint last month, an effort that has even more merit considering he was found to have a fever the day after the race.

Moore has looked after Aethero since then, but the reality is that there aren’t many options for sprinters with his rating in Hong Kong. 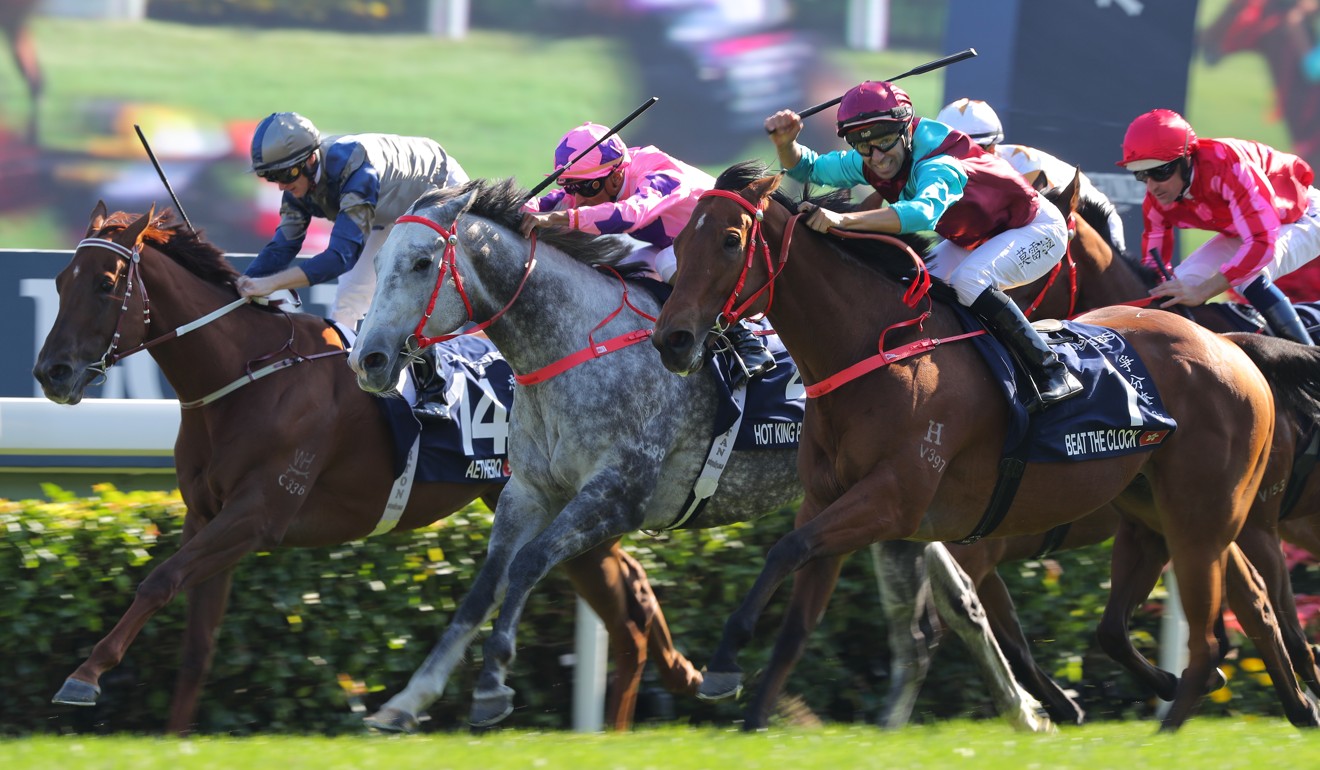 It is probably too tough an ask to resume in the Group One Queen’s Silver Jubilee Cup over 1,400m next month (it would be his first start over that trip) but that would mean he would have to go to Dubai without a run since international day. Is that realistic?

Maybe another option is he stays in Hong Kong and goes to the Group Two Sprint Cup on April 5 before contesting the Group One Chairman’s Sprint Prize on April 26.

Assuming he performs well in those races, maybe it opens up the possibility of a run at Royal Ascot (either the King’s Stand Stakes over 1,000m or the Diamond Jubilee Stakes over 1,200m) as Moore’s swansong? That would be fun.

The trainer’s other Dubai entry is Buddies in the Group Two Godolphin Mile (1,600m on the dirt), but he would have to lift his rating well above 87 to warrant an invitation.

Tony Millard’s Elusive State holds tickets for both the Godolphin Mile and the Group One Dubai World Cup (2,000m).

The dirt specialist has basically run out of options in Hong Kong – his rating of 106 means there are literally no races on the Sha Tin all-weather track he can enter – so looking abroad is the only option that makes sense.

The South African has spoken previously about trying to contest the inaugural US$20 million Saudi Cup next month, while Meydan also has to be on the agenda in the circumstances.

Manfred Man Ka-leung’s Big Time Baby is the last of the Hong Kong entrants, nominating for the Group One Golden Shaheen.

The six-year-old has been in sensational form this season – undefeated in two starts on the dirt while running second to Aethero and Big Party on the turf – and deserves a crack if connections are up for it.

Fight Hero ran an honest sixth in the Golden Shaheen last year and Big Time Baby is in better form at the same stage of his preparation, so he would have to be some chance of going.

Hong Kong had four representatives at the 2019 meeting and while it is unlikely to be that many this time around, an early look suggests there should still be a couple of horses flying the Bauhinia flag at Meydan in March.