The Hong Kong riding ranks are as thin as ever, prompting the Jockey Club licensing committee to bring the 20-year-old back from Australia before originally planned 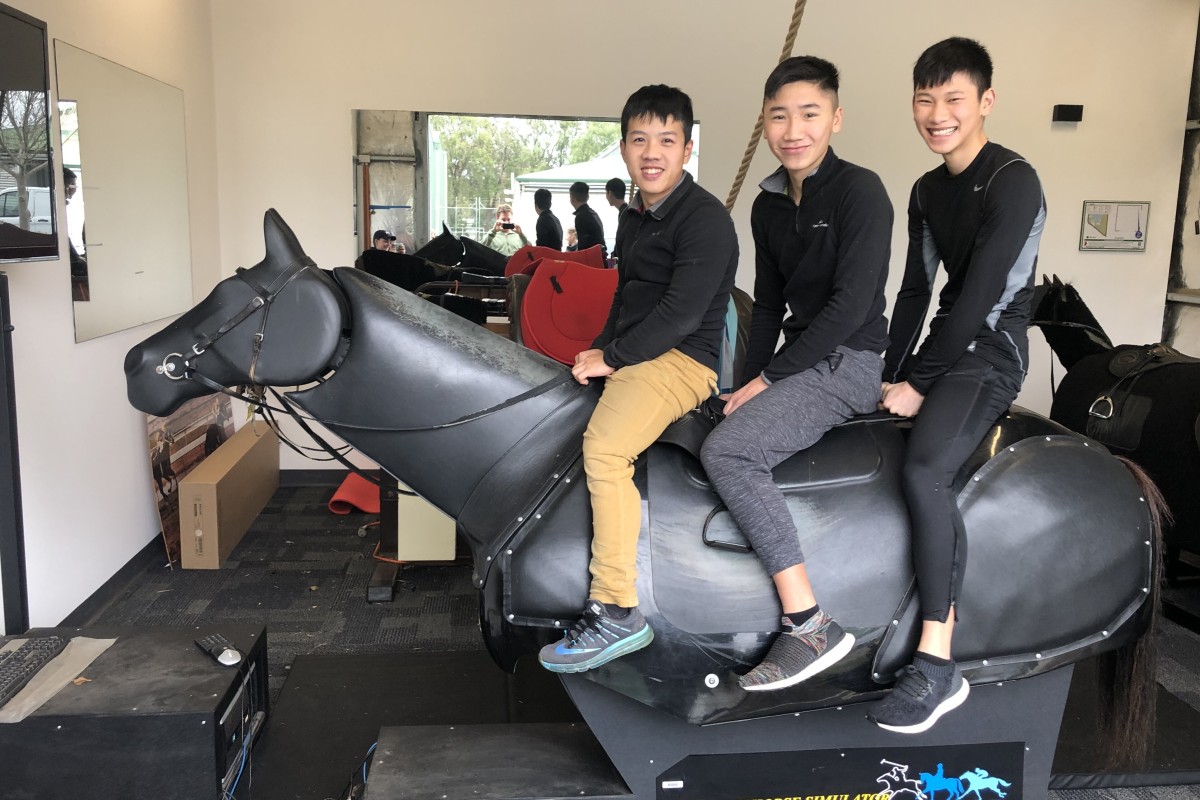 The riding ranks in Hong Kong are haemorrhaging at the moment, prompting the Jockey Club licensing committee to call apprentice Jerry Chau Chun-lok back from South Australia well ahead of time.

With Grant van Niekerk and apprentice Gary Lo King-yeung being sacked for different “off track” conduct issues in the past few weeks, things are wafer thin.

The bare minimum of 18 will compete at Sha Tin on Sunday, with Frenchman Antoine Hamelin beginning his stint after completing his 14-day quarantine period. Only one jockey – Dylan Mo Hin-tung – is suspended.

When Hamelin got the call-up, he had to jump on a plane quickly to beat out the restrictions on foreigners coming to Hong Kong, which he did narrowly.

While Chau will begin his two weeks of self isolation when he arrives on Friday, there are no immigration issues as he is a Hong Kong citizen.

The 20-year-old has done an exceptional job in his short stint in Australia, with 77 wins and 142 placings from 547 starts.

Smart judges from that region say he’s got plenty of talent, but needs more time to hone his race craft. He is already a better rider than Lo, the apprentice he is replacing, but needs more experience.

Unfortunately, he’s not going to get the opportunity to do that in the proving grounds of South Australia. 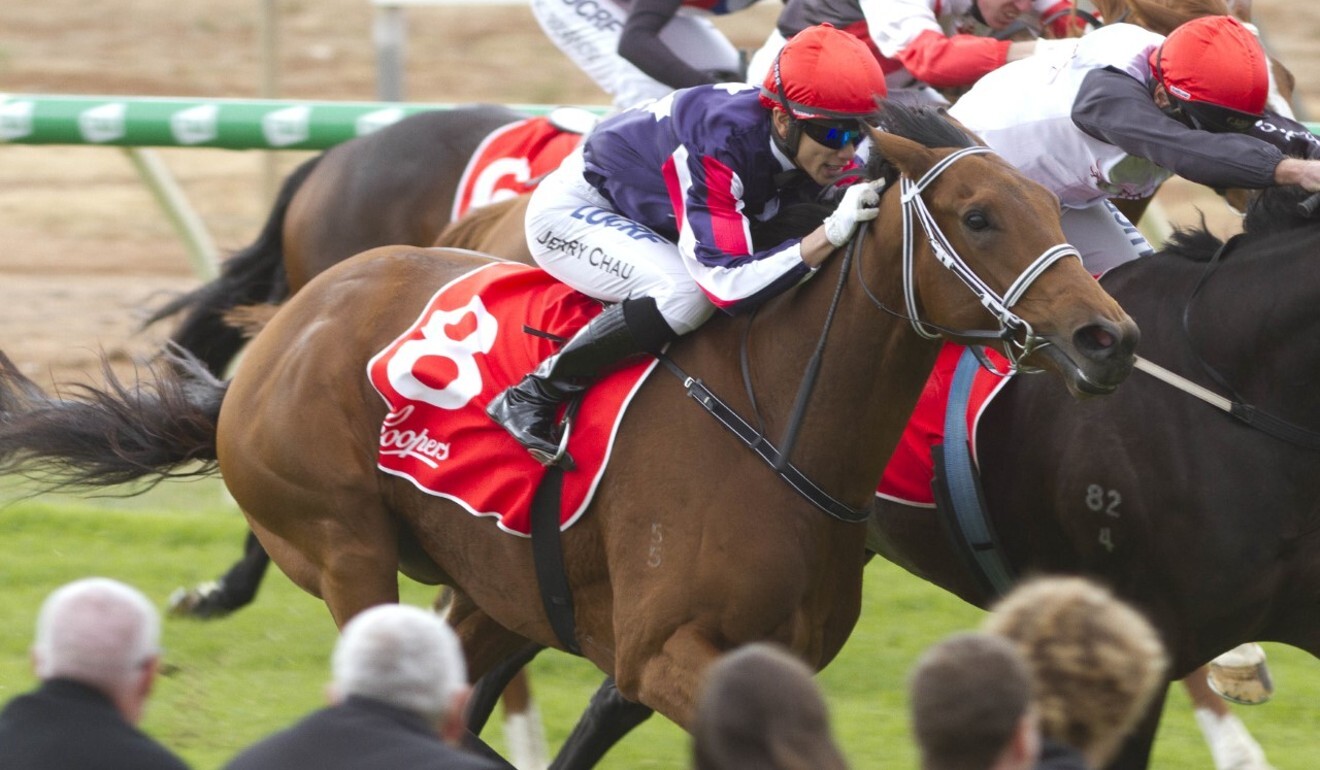 Over the past few years the Jockey Club has brought in a new apprentice each March and it would have been ideal if he could’ve filled that slot in 2021. But desperate times call for desperate measures.

Hopefully it doesn’t hurt Chau’s development and long-term prospects. It’s one thing punching around a winner at Gawler, it is another going toe-to-toe with Zac Purton and Joao Moreira in every race. He is being thrown in the deep end and being told to swim.

Chau’s master in Adelaide was Leon Macdonald and the Australian Racing Hall of Fame trainer admitted it has all happened in the blink of an eye.

“I got a phone call late Saturday night – that’s how quick it was.” Macdonald told Racing.com. “He’s probably got a little way to go as a jockey in Hong Kong, but I’m sure he’ll make it.

.@MacdonaldRacing's talented apprentice Jerry Chau will return to Hong Kong after being granted permission to ride by the HKJC.

“He will be sadly missed here by us. He’s a great kid and he’s done everything right. He’s ridden a lot of winners. He’s still a baby as far as being a jockey goes, but he’s just learned so much since he’s been here.”

While his experience is a question, Chau’s weight could also be another issue – his minimum riding weight in Australia was 51kg (112 pounds).

It won’t be a problem long-term, but it means he won’t be able to use his full 10-pound claim on horses carrying less than 122 pounds, restricting his options.

Fingers crossed they are not major obstacles, he can make a splash early and be another home-grown success story.

The churn through the riding ranks this season has been unprecedented with seven different jockeys leaving in a range of different circumstances.

And that’s putting aside the likes of Alexis Badel, Silvestre de Sousa and Tony Piccone – riders based in Europe who were only ever coming for short-term stints across the winter.

Aldo Domeyer returned to South Africa after the birth of his third child in October. He was then relicensed for another stint beginning in March, but pulled the plug on that as the Covid-19 crisis halted global travel. Alberto Sanna was given a 12-meeting suspension (reduced to 10 on appeal) for not taking all reasonable and permissible measures on Dances With Dragon in November. Despite having support and riding nine winners from 120 rides (including a Group Three success), the licensing committee refused his application for an extension when his contract ended at the end of December.

Umberto Rispoli opted to spurn his full-season licence and try his luck in the USA – where he is enjoying a lot of success – after growing disillusioned with the challenges in Hong Kong.

Regan Bayliss battled for support and decided to head back to Australia when his licence expired at the end of December with two wins from 90 starts to his name.

Lyle Hewitson couldn’t get a run at it in Hong Kong, having to wait 140 rides for his first winner, and made the move to Japan once his licence finished up at the end of February. It was a good move as he is enjoying much more success there.

And finally, Lo was dismissed before riding in a race late last month over a “pending employment-related matter” while Van Niekerk was outed on Monday for a “conduct-related matter which does not pertain to any race riding or integrity-related matter”.

All of them are understandable on their own, but it does not make for pretty reading when clumped together.

The Jockey Club must have some regret over its handling of the Sanna situation. The bloke made a mistake in a race – a relatively small one in light of recent events – owned it and promised to make amends. Instead the licensing committee made a rod for its own back and is paying the price.

You can’t predict the future, but it looked like a short-sighted move then and it is a terrible one now.