The champion Australian jockey will ride Japanese galloper in QE II Cup, while he has picked up the mount on John O’Shea-trained horse in Champions Mile Zac Purton has been called upon for two foreign raiders from internationally renowned stables in Sha Tin’s spring features, with the champion Australian jockey revealing on Thursday he will be aboard Japan’s Satono Crown in the Audemars Piguet QE II Cup and Australian visitor Bow Creek in the Champions Mile.

Purton’s announcement comes hot on the heels of leading rider Joao Moreira’s recent decision to ride Japanese-trained horses Lovely Day and Maurice in the same two races as the locals look under siege from an incredibly strong visiting contingent.

“That’s something I am looking forward to – my first ride for Godolphin,” Purton said. “They are a global powerhouse in racing, so to be able to be part of their team and wear those royal blue colours, even if it is for one ride, is going to be something special. And in the QE II, Satono Crown, well, we know how good of a trainer Mr Hori is, and what a master he is at travelling horses overseas - his horses are always hard to beat.” 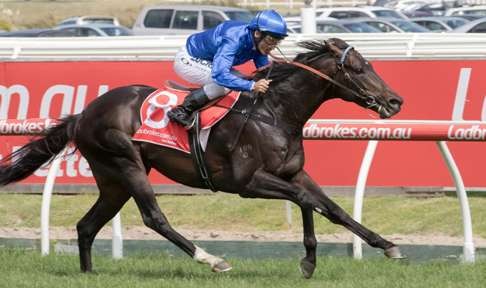 The ride on Bow Creek comes as a result of the Champions Mile, to be run on May 1, clashing with the important Guineas festival at Newmarket that same weekend, forcing Godolphin to look outside their usual group of retained riders.

It was a tough call because he has been my mate for so long now, we have got along well and had so much success
Zac Purton on Military Attack

Godolphin’s Australian-based rider, James McDonald, will instead ride Charlie Appleby-trained Safety Check for the outfit, with William Buick and James Doyle to remain in England.

It was initially thought star jockey Ryan Moore would ride Satono Crown on April 24, but the British rider’s commitment to Coolmore means he will stick with 2015 Hong Kong Vase winner Highland Reel instead.

While the decision to ride Bow Creek was a relatively straightforward one for Purton, as he was left without a commitment for the Champions Mile when John Size made the shock decision to retire Luger, the decision to jump off former horse of the year Military Attack was made far more difficult because of his long association with the veteran.

Purton has ridden Military Attack in 17 of his 35 local starts and his tactical nous was instrumental in a form turnaround that resulted in two Group One wins with the now eight-year-old late in the 2012-13 season, including the 2013 QE II Cup. 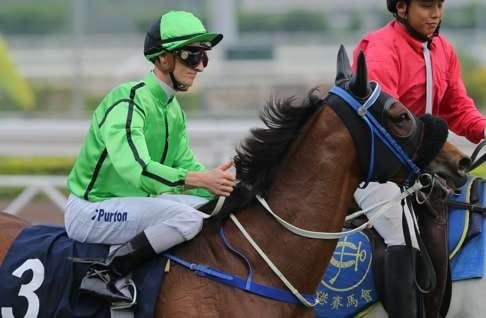 “It was a tough call because he has been my mate for so long now, we have got along well and had so much success,” Purton said. “But unfortunately Military Attack has been struggling with a few niggling injuries in recent times – he isn’t quite the horse he once was. Retirement is on the horizon for him as well and I suppose it had to come to an end at some stage.

“I appreciate all the time I have been able to spend on him, but Satono Crown is a very talented horse who comes here in great form. I’m really looking forward to riding him and he is one of the top chances in the race.”

Meanwhile, Chad Schofield will miss the Happy Valley meeting on May 4 after being found guilty of an infringement of Australia’s whip rules last Saturday in Sydney.