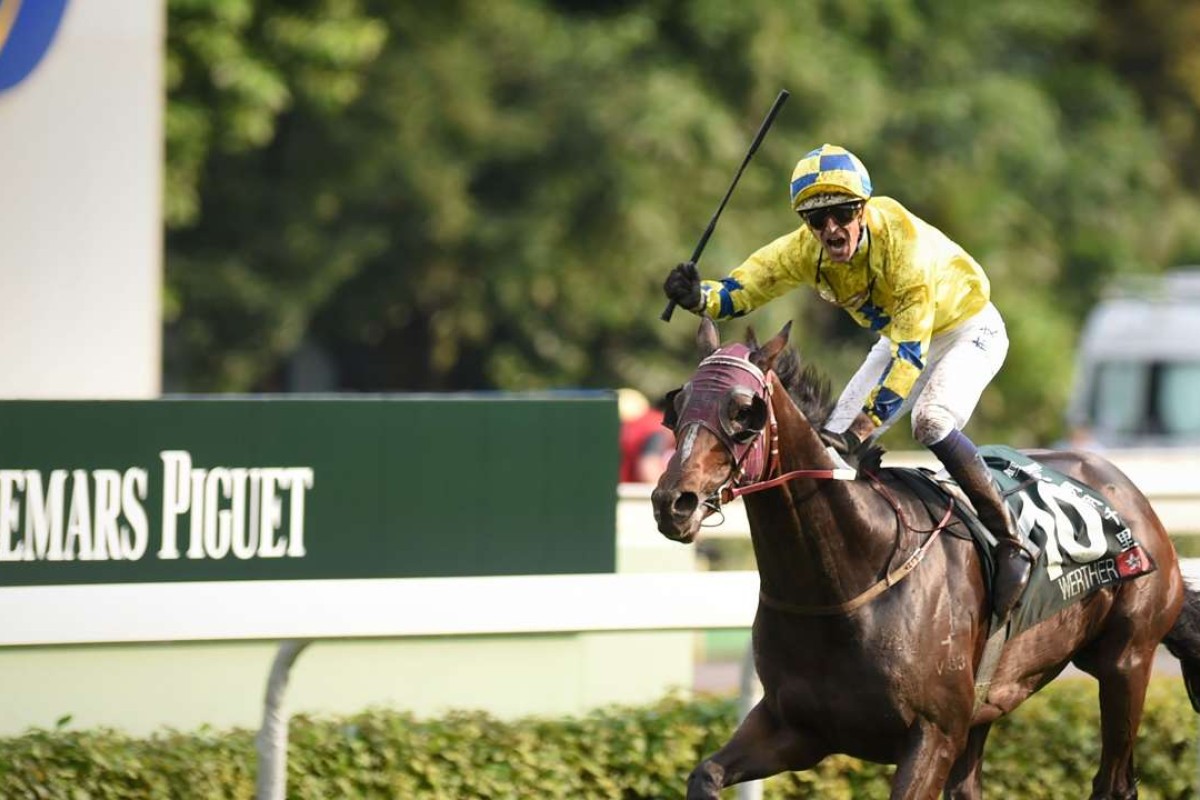 I never expected him to win like that, never
John More on Werther

Werther had won the BMW Hong Kong Derby at his most recent start by a narrow margin over stablemate Victory Magic, and the trainer and jockey Hugh Bowman both admitted that they didn’t expect him to demolish a field featuring some of the world’s best 2,000m gallopers in such easy fashion.

“I never expected him to win like that, never,” Moore said after Werther recorded an effortless four and three-quarter length win over 2013 victor Military Attack, with last year’s winner Blazing Speed a length and a quarter further back in third to fill a Hong Kong trifecta.

“Today, he’s taken the big step that he needed to take in order to step onto the world stage. And today, against that field, he was world class. It’s very exciting and I think we can safely say Hong Kong has another champion in its midst.”

The Sha Tin track received a number of small showers throughout the day that saw the track downgraded, first to good to yielding and then to yielding, and Moore admitted that some credit for the mammoth victory could go to the wet conditions.

“He handled a heavy track comfortably as a younger horse in New Zealand so I definitely think it helped but there were other factors,” he said. “It was a charge of the light brigade early, six or seven were up there pressing on and so Hugh eased out of it, gave him a perfect run and he was ready to pounce late.”

Bowman said that despite Werther’s last-start victory in the Derby, it was only his QE II Cup victory that lived up to the promise he showed at his first run in Hong Kong in December.

“It was the first time he has shown the turn of foot he showed me on debut when he won on international day,” the Australian rider said. “Through the four-year-old races I was taking advantage of his gate speed and riding him more tactically, and while that had been the plan today, when they took off I was able to sit behind the speed and get a beautiful trail. What was crucial was they went a consistent speed – so often in Hong Kong, they will go hard early and then the tempo will drop significantly, but a sustained speed really helped him to show his best late. 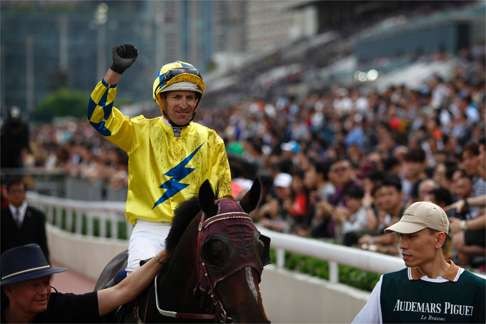 “On the turn, I thought the horses that had been sitting outside me, three and four wide, had to weaken and I wasn’t confident they could take me into the race, so I stuck to the inside, followed the favourite Lovely Day, and it all worked out.”

“I definitely didn’t expect him to race away like he did, but that said, I can’t say I was surprised either. There’s no other word for it, he was breathtaking late.”

Moore is eyeing off the world stage for the son of Tavistock now, with the Australian trainer hoping the import can return down under and give the handler a maiden Group One in his home country.

“We’ll go to the Champions & Chater Cup next over 2,400m in four weeks, that’s the only race left for him this season,” Moore said. “Then, if I can pull the owner’s leg, I’d love to take him back to Australia and to Melbourne for the Cox Plate.”