John Moore’s superstar is making good strides as he heads towards his first race in almost a year, performing well in a barrier trial on Friday Joao Moreira was reunited with Able Friend in a key trial at Sha Tin on Friday and came away convinced the superstar can still be a contender in the Group One Hong Kong Mile despite a long lay-off.

Able Friend hadn’t raced or trialled since he was beaten in last year’s Hong Kong Mile and although due to return in next Sunday’s Group Two Jockey Club Sprint, the massive seven-year-old has only been in work with trainer John Moore for just over six weeks.

Still, Moreira said the way Able Friend trialled indicated the gelding was suffering no ill-effects of the tendon injury that kept the horse sidelined and added that the former horse of the year’s fitness was surprisingly good.

“His action is pretty good, he feels very light and free on his legs. I was quite surprised and I am very excited about his chances on international day,” Moreira said after Able Friend moved fluently throughout when fifth in a star-studded 1,200m dirt trial. 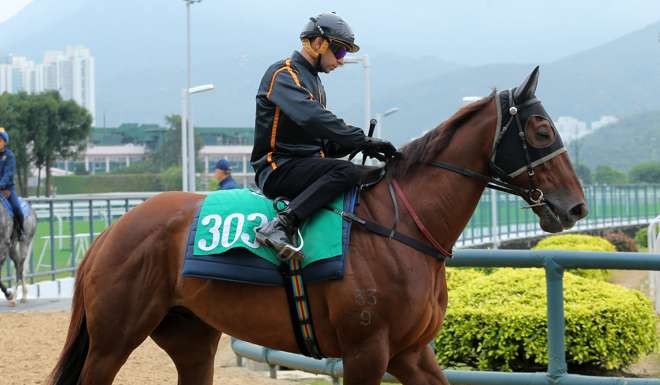 Able Friend, who dominated in the 2014 Hong Kong Mile, is entered for both the Hong Kong Mile and Sprint on December 11, but Moore has expressed his desire to push for the richer race – with the mile worth HK$23 million.

“I think he can make it to December and I think he can make it to the mile too, but that’s a call for John to make,” Moreira said. “I had been on him twice at trackwork, and I don’t know what else John has done with him, but the horse is feeling good on his leg and he doesn’t look or feel fat. The way he trialled today showed he isn’t too bad for fitness. He pulled up surprisingly well.”

Mile is best for Able Friend but Sprint a fall back, says trainer John Moore

Moreira was also back aboard another international day contender, the John Size-trained sprinter Amazing Kids, and likes what he felt from the emerging five-year-old.

“He is definitely a horse that can be winning this next race,” Moreira said, referring to the Group Two Jockey Club Sprint, where the Brazilian jockey will ride Amazing Kids and visiting Australian jockey Tommy Berry will partner Able Friend. 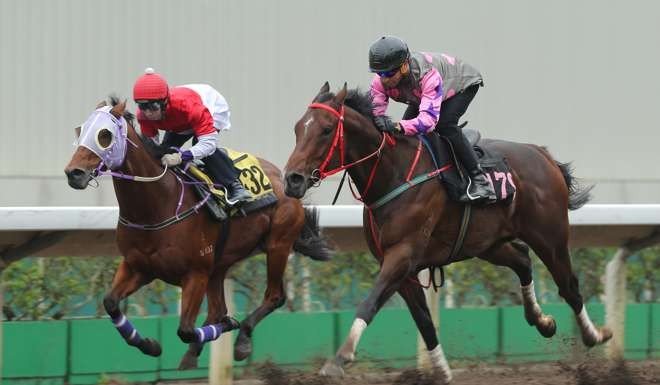 Not surprisingly, Brett Prebble has stuck with Lucky Bubbles in the Jockey Club Sprint after a fantastic win in the Group Two Premier Bowl and the brilliant chestnut again looked the goods when finishing first in the opening heat of the morning.

“It was super,” Prebble said of the trial, the start of which was delayed when the Tony Cruz-trained import Bullish Glory refused to load. “He (Lucky Bubbles) was a little bit anxious in the barriers waiting for so long and when he jumped he was quite relaxed, I didn’t ask him for much effort but it was pretty smooth sailing.”

An encouraging trial from the Size-trained Contentment has Prebble confident the Group One winner can stage a form turnaround in the Group Two Jockey Club Mile after a disappointing last start display. 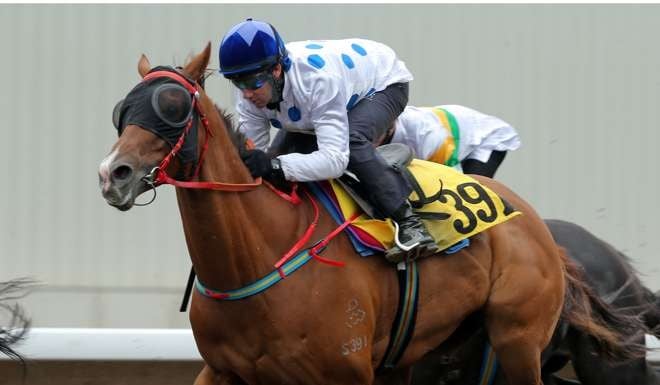 “That was much better, he felt comfortable today, and when I let him off the bridle and gave him a bit of a wake up, it was there. I expect him to go to the races and be competitive,” Prebble said, with Contentment one of the many contenders to flop in the Group Two Sha Tin Trophy, which was run at a farcical tempo. “I felt like there was something wrong with him last start, but as John (Size) said we can probably forgive any horse that ran in that race. It was a real muddling-run race, so we can probably put a pen through that.”