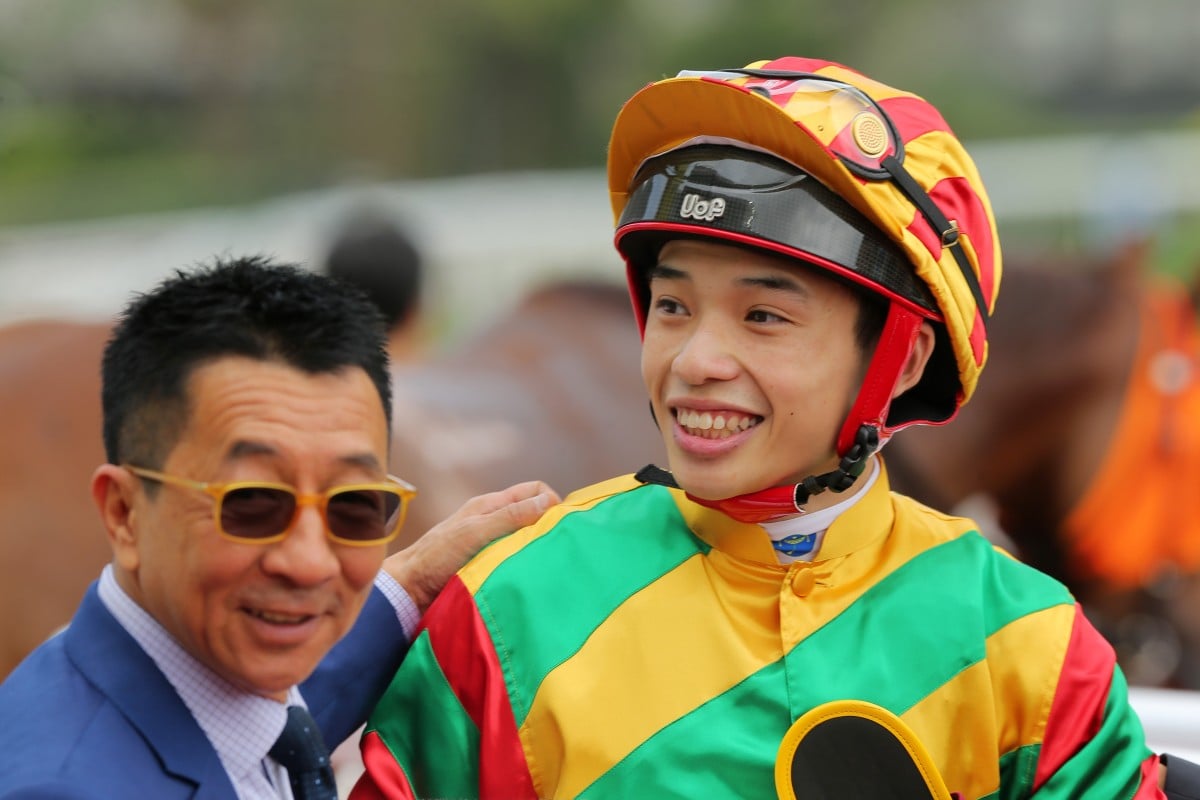 An apprentice graduating to the senior ranks is cause for celebration in Hong Kong, and rightly so, but for Jack Wong Ho-nam the milestone triggered a period of uncertainty that has taken him months to overcome.

The 25-year-old landed his 70th winner in June last year, meaning he had to move out of the Jockey Club’s apprentice school and into the real world.

Wong’s victory aboard Dragon Dance in the second section of Saturday’s Class Four Bukit Timah Handicap (1,400m) was his first since November, and only his sixth win as a senior jockey, and he hopes it is something he can build on now he has his life in order away from the track.

A sweet front-running ride sees Jack Wong get his first win since 7 November... and like the last time, today's win came on Me Tsui's 6yo Dragon Dance. #HKracing pic.twitter.com/u4ffDuKOjN

“I got a bit lost when I moved out, I had so much to organise, everything about the house and life in general, where to do my fitness and that sort of thing,” said Wong, who is now living in Ma On Shan.

“I had to pay the bills and there is no one there to help you – when I was an apprentice in the school everyone came to help me, other trainers gave me lots of suggestions, but once you move out you have to really think about what to do. Too much stuff happened at one time, I got the lowest point and now I’m picking it up.”

Wong said a return to old methods has played a role in his return to the winner’s circle after his fitness routine suffered. 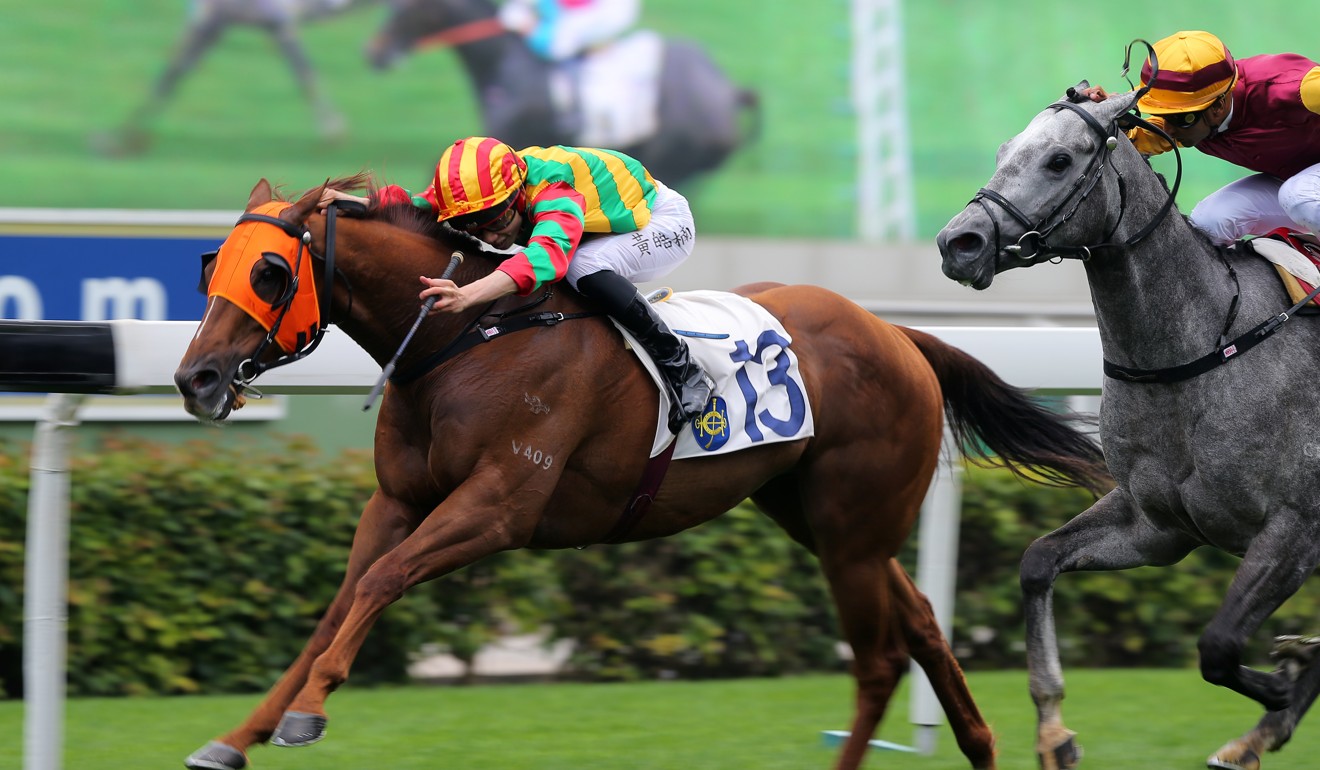 “When I first moved out I did it myself and got some personal training but it didn’t really work out so I decided to go back where I came from,” he said. “I went back to doing fitness with [chief riding instructor] Felix Coetzee to prepare myself and the hard work has paid off.”

Wong’s last two wins have come aboard the Me Tsui Yu-sak trained Dragon Dance and he thanked his old boss for his continued support after leading all the way to salute on the $71 outsider. 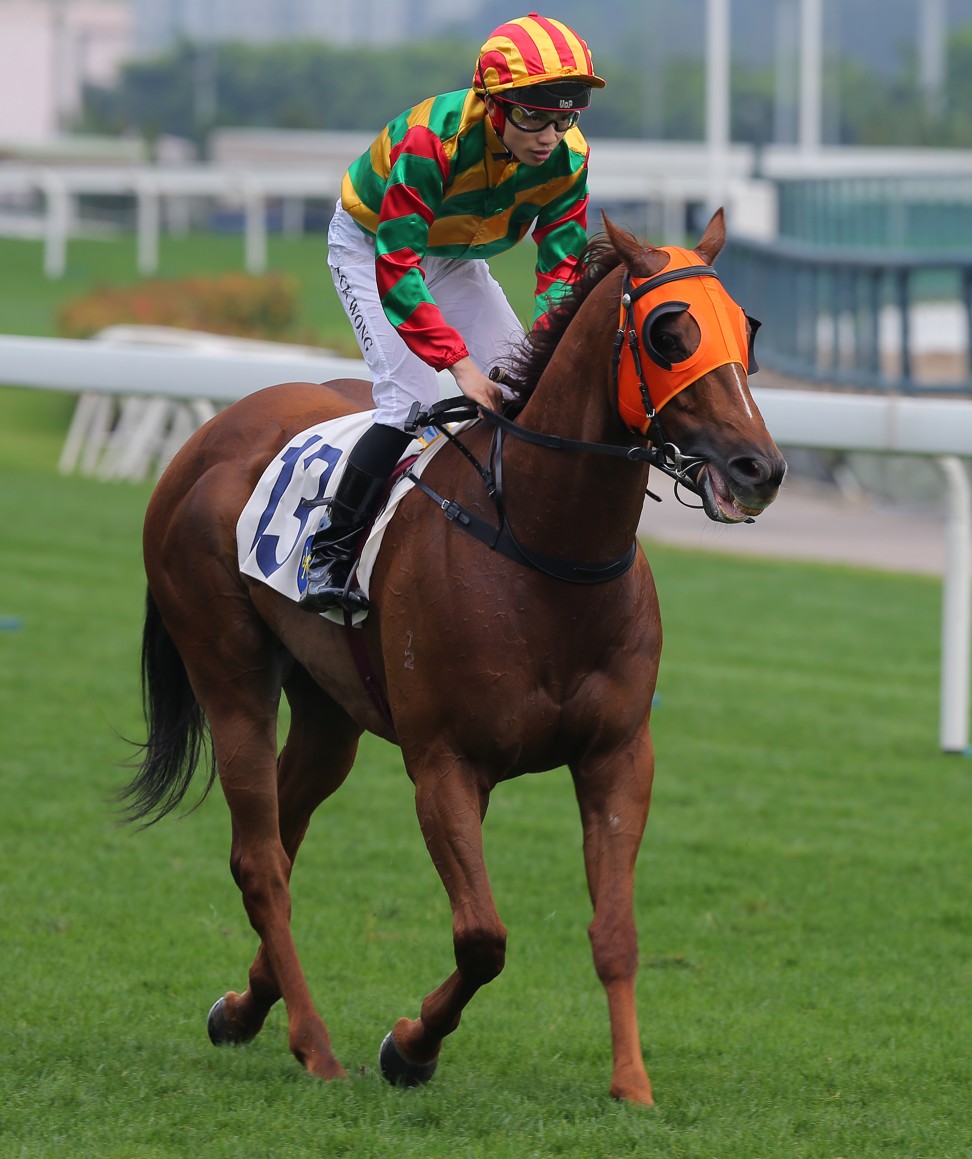 “Thanks to my boss for the opportunity, I know it’s a long shot but he’s still putting me on his horses and other trainers as well are giving me a chance,” he said. “Maybe not the best horse in the race but they still see that I have a bit of ability so I’m really happy. As long as people don’t think I can only ride for my boss or the same horses it’s OK.”

To cap a solid day all round for Wong, he also had two seconds – Nice Fandango in the Class Four Changi Handicap (1,000m) and Fine With Me in the first section of the Bukit Timah Handicap.

“Even my other horses today ran nicely and some of them came home quite well,” Wong said. 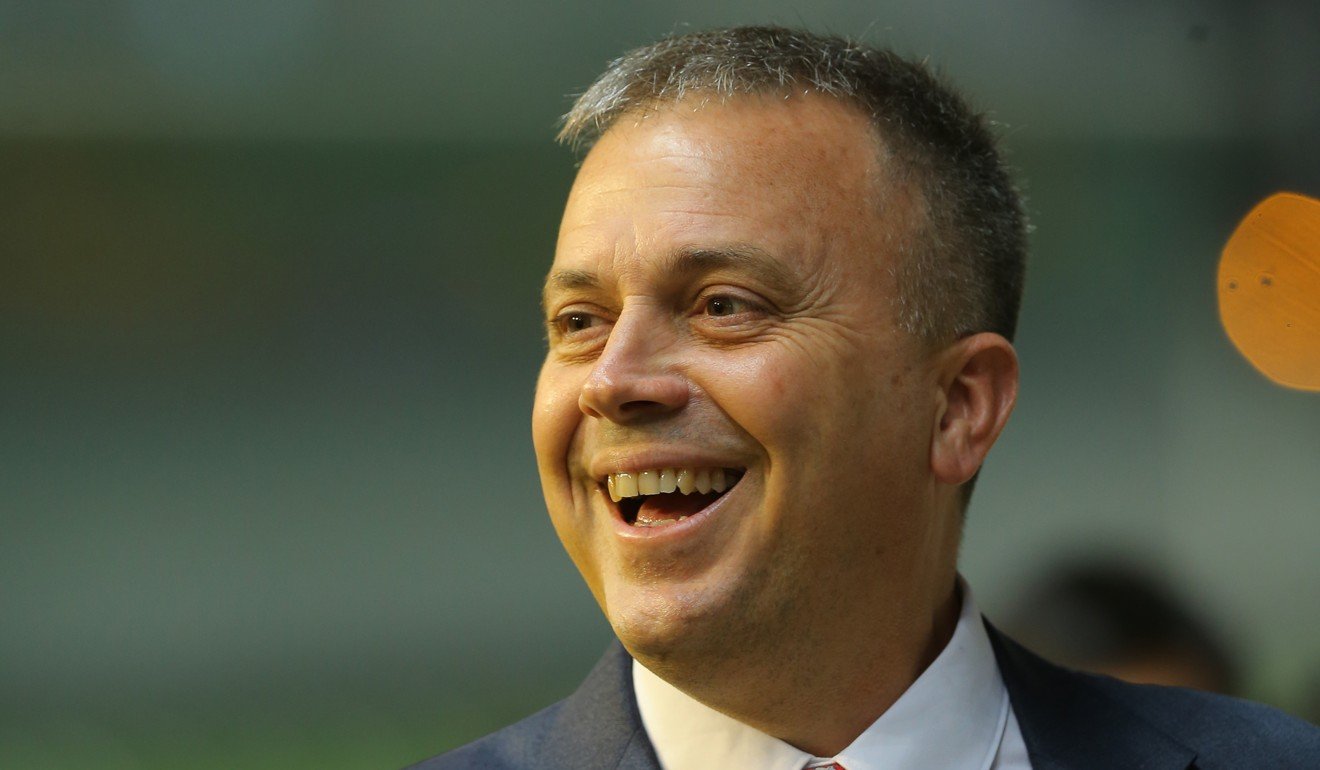 Caspar Fownes has scrapped plans for a lead-up run in Dubai for his in-form stayer Southern Legend and will head straight into the Group One Dubai Turf (1,800m) at the end of the month.

Southern Legend had been scheduled to fly out of Hong Kong last Thursday to run on Super Saturday in a week’s time, but Fownes, along with connections, opted against the extended trip.

“We decided to go straight to the race at the World Cup meeting, fly him in for that one run like we did when he won the race in Singapore last year,” he said. 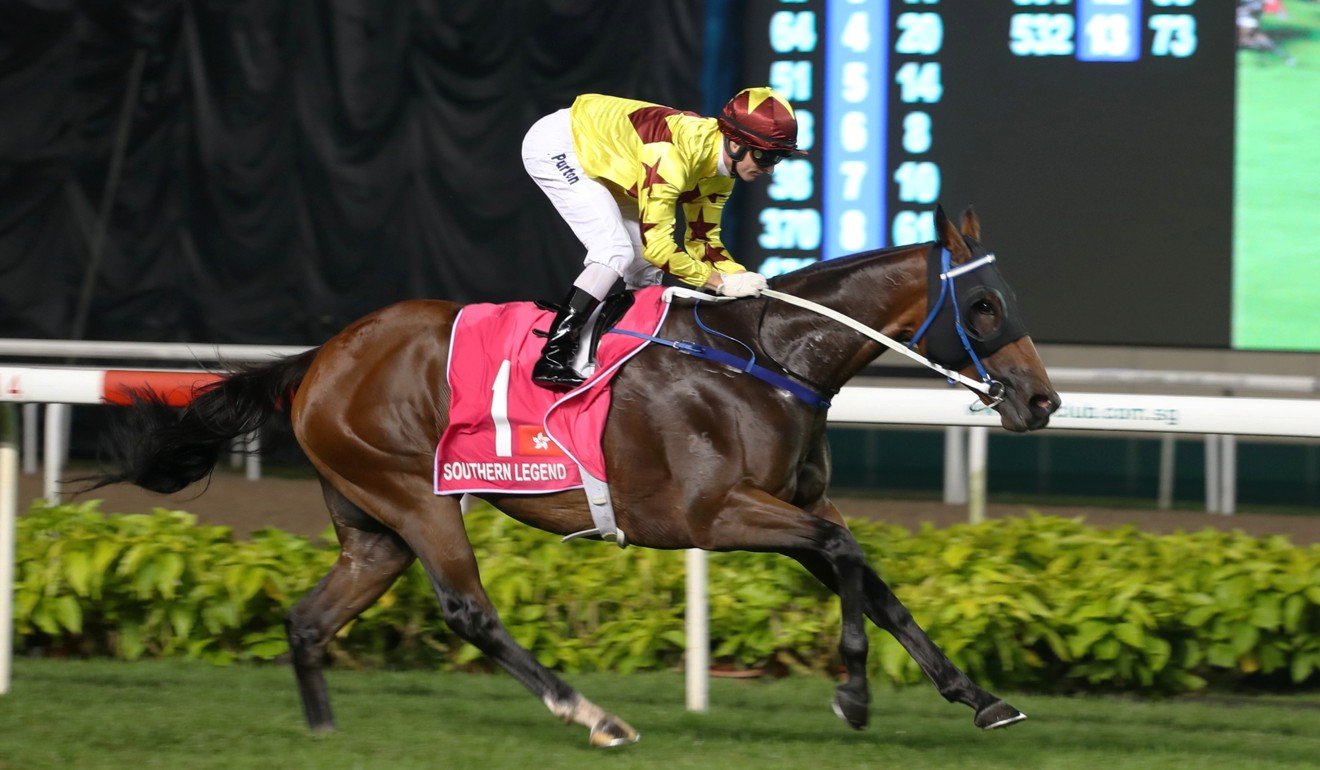 Champion jockey Zac Purton has been booked to ride, after they paired up to win the Kranji Mile in Singapore last year, despite Chad Schofield’s strong performance in the Group One Gold Cup (2,000m) last month.

The Jockey Club has also granted approval to Joao Moreira to ride on the night where he has been booked to ride a couple of Japanese horses. 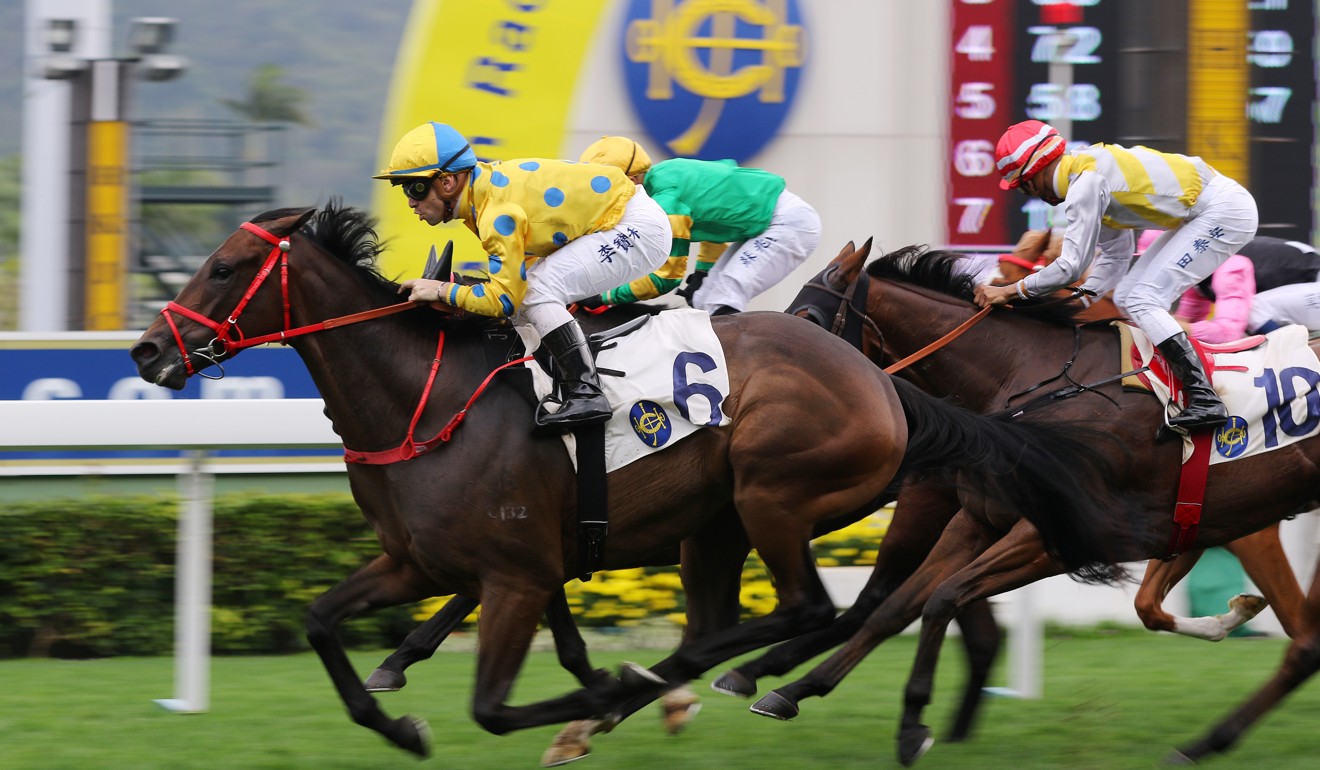 It was a day for long shots with four of the 10 winners returning double-figure odds, but Umberto Rispoli was shocked when he saw E Star paid $69.80.

The Manfred Man Ka-leung-trained gelding was a solid fifth on debut after covering ground but punters seemingly forgot about him completely in the Class Four Association Of Hong Kong Racing Journalists Challenge Cup (1,200m).

“I’m not surprised he won but I was surprised about the odds. I can’t believe he paid almost 70-1,” Rispoli said.

“If you saw his first start, it wasn’t that bad. The day after the race I spoke to Manfred and said ‘Alexis [Badel] is gone, I think he’s going to be a nice horse and will win soon’ and he said ‘no problem’ and gave me the horse straight away.

“I galloped him a few times and he gave me a good feeling. His problem is his mouth, but I suggested to put the crossed noseband on and it helps a lot.

“I think he’s going to be much better at 1,400m, he’s got a nice turn of foot. I can’t tell you how good he can be because he’s still learning, so once he learns we will find out.”

In any case, punters won’t be getting that price again any time soon.

Eddy Lai, at 45 the old man of the jockeys' room nowadays, edges to within 2 of his 300th Hong Kong win thanks to Phantom Falcon in R6. #HKracing pic.twitter.com/dFFLeGfiDy

Lai gets the good and the bad at Sha Tin

Eddy Lai Wai-ming was another jockey to break a lengthy drought when he piloted Peter Ho Leung’s Phantom Falcon to victory in the Class Three Kranji Handicap (1,200m).

Lai is the veteran of the jockeys’ room at 45 and Phantom Falcon provided him with his fifth winner of the term, his first since prevailing with Hinyuen Swiftness on January 12. 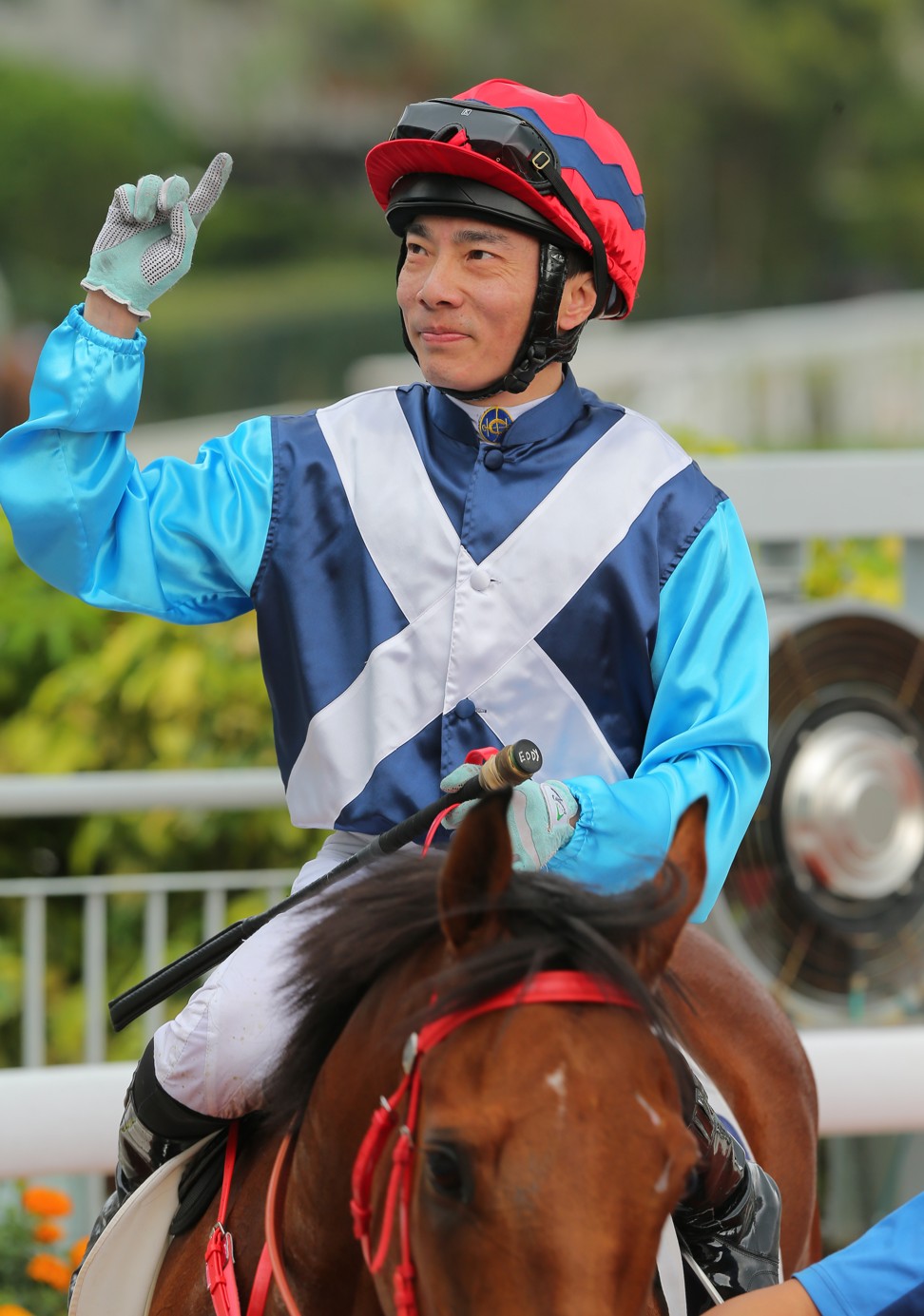 But his day wasn’t all roses with stewards outing Lai for two meetings for his ride on Dating in the third event.

Apprentice Dylan Mo Hin-tung also earned the wrath of stewards, hit with a two-day ban and a HK$10,000 fine for his effort on Big Fortune in race four.