Having 21 handlers at Sha Tin is not enough, with the Jockey Club looking to build on that number to create a more competitive environment The Jockey Club has been operating with 21 trainers for most of the season after the sudden departure of Michael Freedman in November and that has affected how horses are spread out over all the stables.

To get more competitive fields, there needs to be a balance across the board – but those trainers have to hold up their end of the bargain when it comes to results.

Champion-jockey-turned-trainer Douglas Whyte joins the ranks next season to make it 22 with boxes at Sha Tin, but it will drop away again with the impending retirement of John Moore, who is being forced out as he is turning 70.

The other problem has been the horse population – there are 1,276 horses on the books – which hasn’t stood up across the 89-meeting (817-race) season.

The Jockey Club was surprised at how well the horses handled the extra load when the season expanded from 83 meetings to 88 in 2016-17, but now it is feeling the pinch.

“This season we really felt the impact – especially in the beginning. We had smaller fields and it is still bugging us. The horse population has grown by approximately 100 horses but it takes time [about six months] before they are productive. We think next year we won’t have such an issue – but we have had a stretched horse population.” 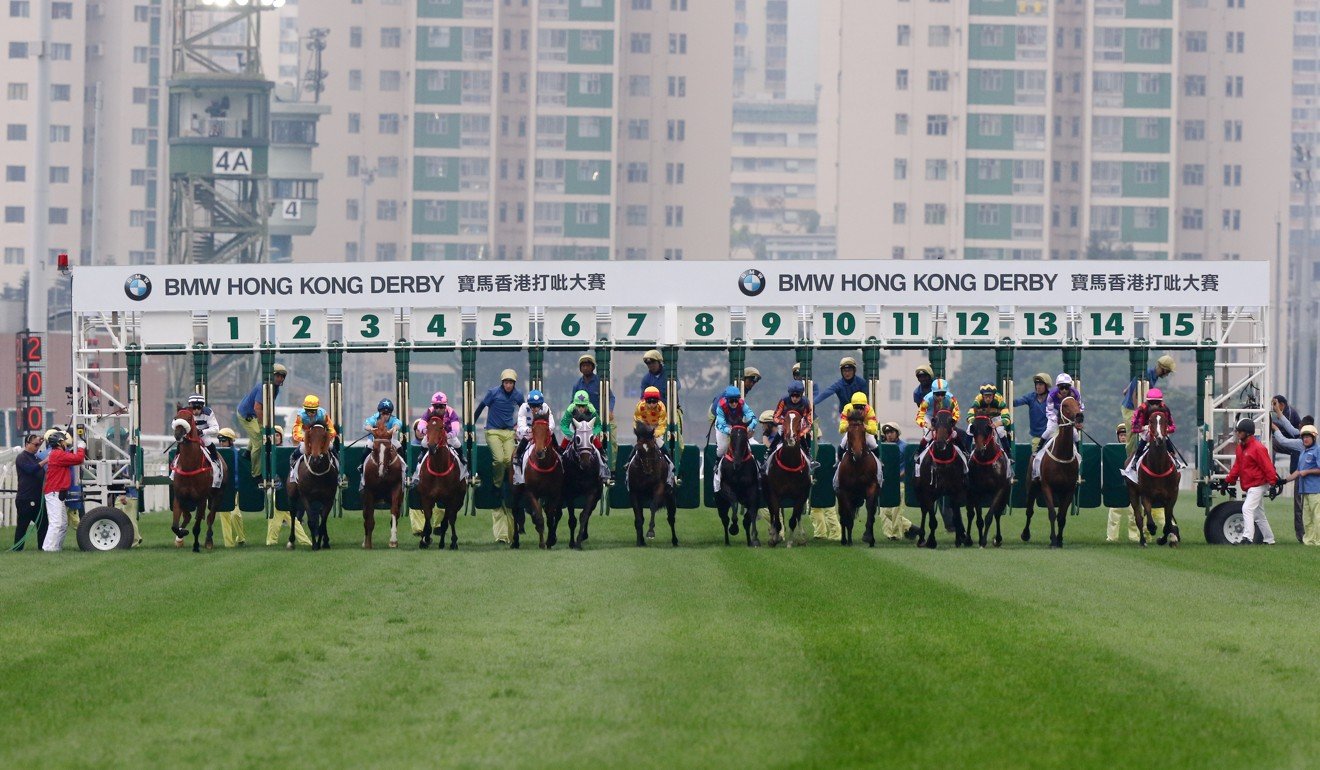 Race programming will also be examined – with the meeting on June 8 in particular giving Engelbrecht-Bresges nightmares after a HK$191 million drop (12.7 per cent) decline on the corresponding card.

There were too many dominant favourites, it was not competitive and with nothing better than a Class Three race on the programme, it did not drive interest.

“It comes down to a product and excitement issue. I think one of the key things with Hong Kong racing is the close finishes and the competitiveness of the racing. It’s not just about revenue, it’s about excitement,” Engelbrecht-Bresges said.

“We will look and see if we change the Class system. A lot of people have databases. When we changed to flexible ratings bands, the reaction from our customers was not very good. They were complaining because they have a certain logic – how they look at horses in which class. So if you do something like this, you have to be really sure that the customerslike it.

“What is optimal ratings bands? Is it 20, is it 15? 25 for me is too much. But the racing product is something we will look at and maybe we have to do something different, especially in the top section. That comes back to how many horses you have available. We will do a complete review of everything becausewe need to create a product that is competitive. We will look at the handicaps, we will look at the programme. Sometimes it’s a trade-off.

“As soon as the field size falls below 10, not only is there less turnover, the number of people who bet is reduced by 10 or 15 per cent. There was once a theory that if you make it less competitive, it’s more attractive. But they don’t see value, so they don’t bet. We have to be very mindful that you don’t sacrifice races necessary to develop horses, especially with Group races.”

There will be no increase in simulcasts for 2019-20 with Engelbrecht-Bresges reluctant to lobby the government for more fixtures in the current political climate.

The Jockey Club covered races from 25 meetings around the world this season – from Australia, Japan, Singapore, South Africa, Dubai, France and the United Kingdom – and that number will remain in 2019-20.

Simulcast racing is one of the big growth areas when it comes to racing betting for the Jockey Club – particularly expanding in the summer months of the Hong Kong off-season – but it needs government approval to broadcast and bet on more meetings and the chief executive doesn’t think the time is right.

“In the current environment where Legco [Legislative Council] is busy with a lot of things, I cannot see [it happening],” Engelbrecht-Bresges said. 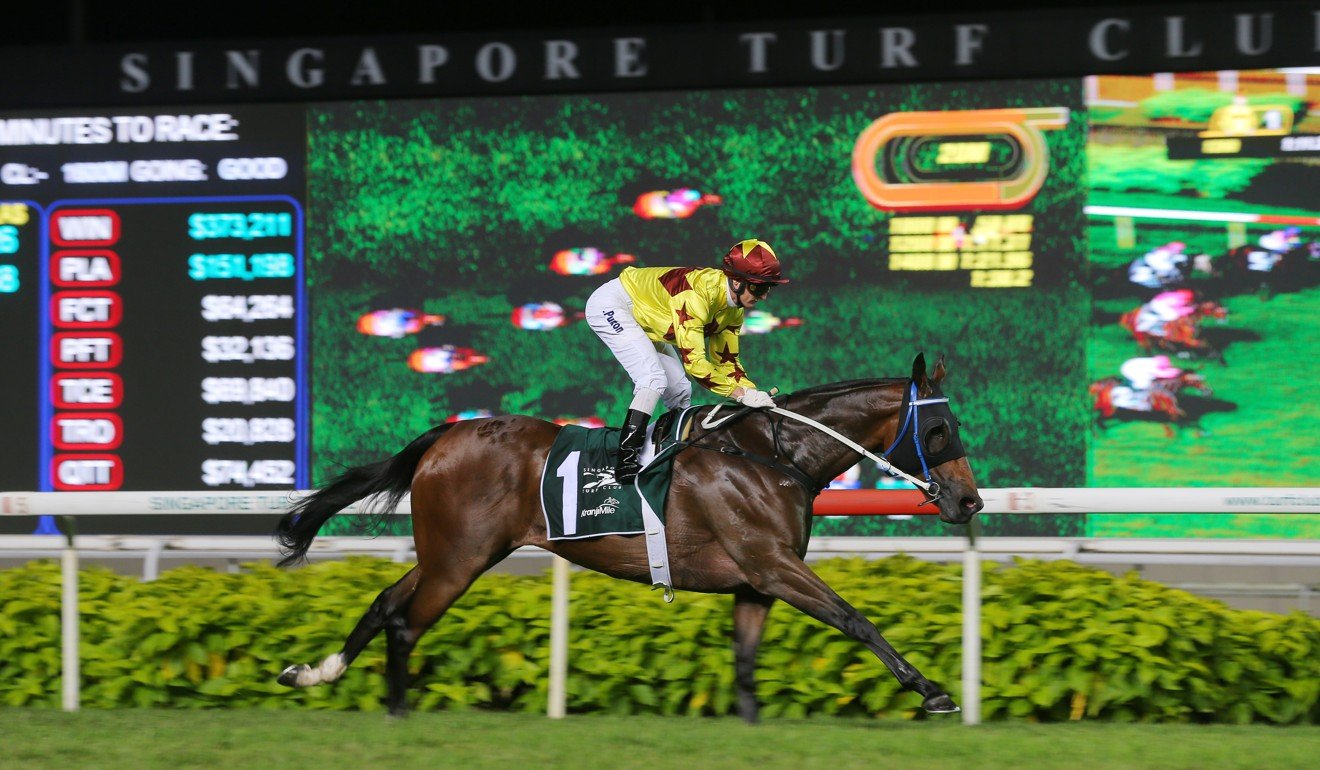 “I think we have to be sensitive – if you put something forward you have to do it within the right context.

“Extra simulcasts would only make sense in my view in the summer. I think we have enough product. But discussing the off-season topic, under the current circumstances, it is not the right time.”

The Jockey Club has also been restricted on a government level when it comes to opening new betting shops.

“We could not open any new betting shops in the last 10 years due to local resistance. Even if you see a population change in a new area in Hong Kong, we cannot open,” Engelbrecht-Bresges said.

“That is a significant handicap we have to discuss, but I can understand sensitivity. We will look at how to channel strategy – because everything goes digital.”

Illegal gambling markets remain one of the biggest challenges for the Jockey Club and while it will consider remodelling its pricing structure to help combat that, fixed-odds betting is not an option.

The Jockey Club returns 82.5 per cent of win, place, quinella, quinella place and double bets to punters (75 per cent for all other bet types), but it can’t match the returns the likes of Citibet can because of the mandated government contributions (75 per cent of the gross margin).

It means the illegals, who operate online with few overheads, have a commercial edge and more people are taking advantage, despite the risks.

The Jockey Club estimates about 600,000 of its customers use an illegal market at some stage, while the Asian Racing Federation’s anti-illegal betting task force believes Citibet markets alone hold about 25 per cent of the legal turnover.

But those at Sports Road are not in a position to police it, instead focusing on making its own offerings more attractive to punters.

“There has been a complete change in the environment with the exchanges – Citibet etc – in the Philippines,” Engelbrecht-Bresges said.

“We can see that some high-value customers probably shift from regulated operators to this market.

“One thing we cannot compete with is credit – and they fund credit. But do we have the right pricing structure? I don’t have an answer but we have to look again.

“Because it’s not any longer the illegal bookmaker around the corner or in some telephone centre. It’s a massive game-changer that has a massive implication for all operators who are regulated – and we’re highly regulated.” 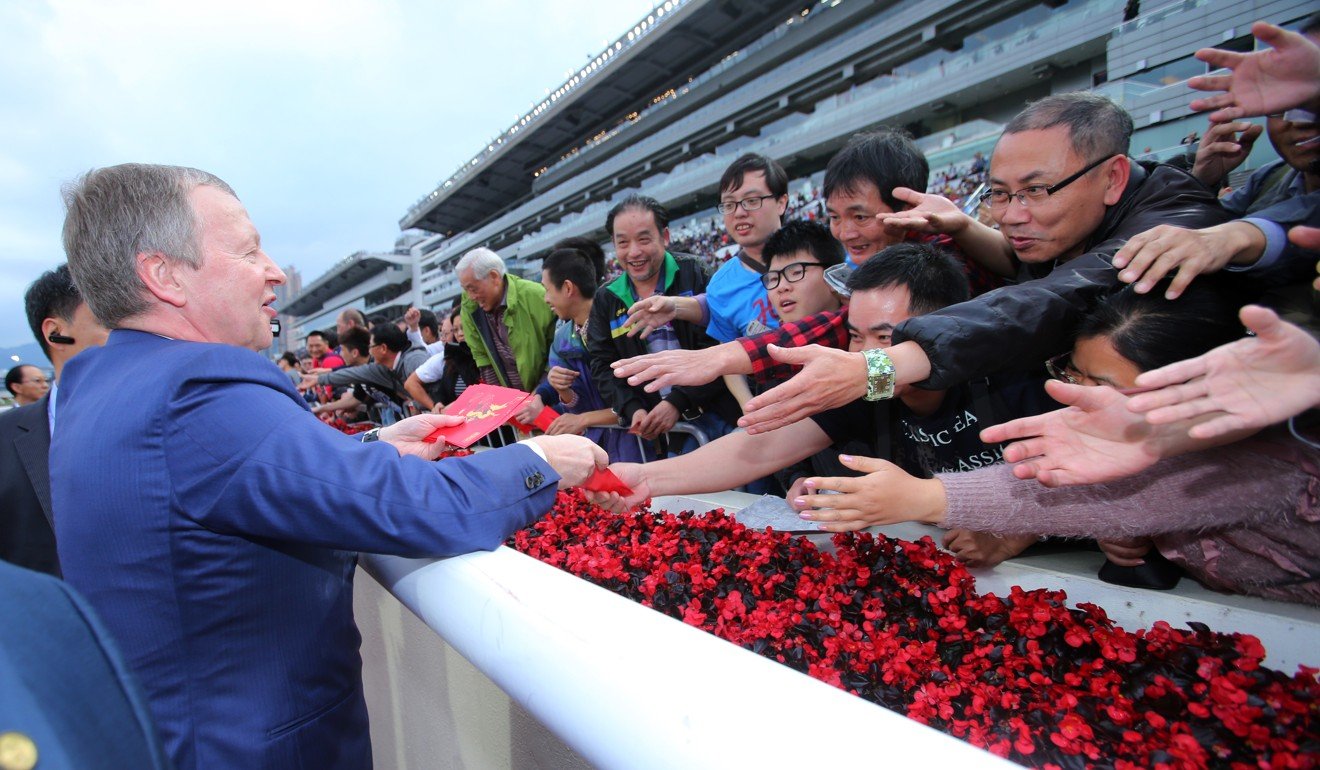 The other thing the Jockey Club will not offer is fixed odds.

The success of the industry depends on punters betting into a tote, where risk is minimised (there is a guaranteed return but fluctuating odds), the government gets its cut of the pie while the rest either supports the sport or goes to charity.

“Some people say we should go to fixed odds betting but we will not for horse racing, it is very clear,” Engelbrecht-Bresges said.

“The environment is different. You would have to close accounts of big customers if they win. I don’t think this philosophy will work for us. You are taking an unnecessary risk when you don’t need to. You would compete against the most professional [gamblers].

“There is no jurisdiction that provides as much information [as Hong Kong] so you would be practically arming people and creating an opponent reaction. There is also the integrity part of it. So in our review we have no intention of looking at fixed odds.”