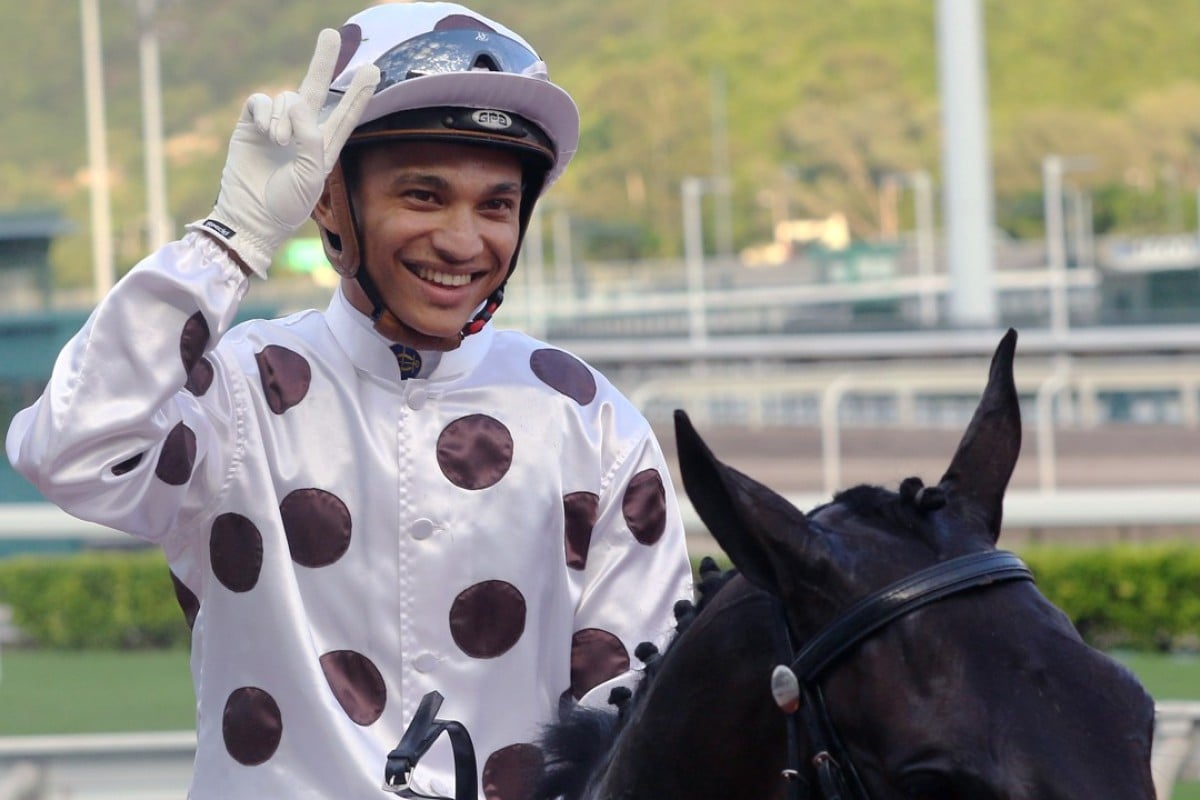 First-year surprise packet Grant van Niekerk will return to the scene of his opening day triumph on Saturday a different man, with the South African import saying he has become more relaxed with the arrival of his family.

Van Niekerk has experienced a roller-coaster of emotions since arriving in Hong Kong, starting with a winner in his very first race and subsequently feeling the wrath of the stewards with a two-meeting suspension.

Having chalked up six winners in his first month, Van Niekerk is quickly building a name for himself among the racing community, striking up a strong relationship with fellow South African Tony Millard, riding three winners in 11 starts.

Speaking about the arrival of his fiancé and two young children in Hong Kong recently, the 27-year-old said it allowed him to switch off and enjoy more down time when he wasn’t at the races.

Grant Van Niekerk brings the Tony Millard-trained World Record from last to first to make it a double on his first day of riding in Hong Kong #HKRacing pic.twitter.com/1DT1PHZFLW

“It’s much more comfortable that they are here now and it gives me peace of mind as well,” he said. “I’m definitely in a more comfortable space now and I am happier so that’s good that they’re here and I am pretty sure it will come out in my racing.”

He will ride last-start winner World Record on Saturday for Millard, with the pair hoping to go back-to-back with the fast-finishing gelding.

Van Niekerk produced a barnstorming run from last place to grab his second winner on opening day and sees no reason he will not be able to pull off the same feat this time around.

Despite his five career wins all coming over 1,400m, World Record will line up in the Class Two Tsuen Fu Handicap (1,600m), a distance which should not trouble the talented six-year-old.

“He doesn’t really pull so I don’t think the mile will be a huge difference – as long as he switches off and travels comfortably he should have the same turn of foot,” he said. 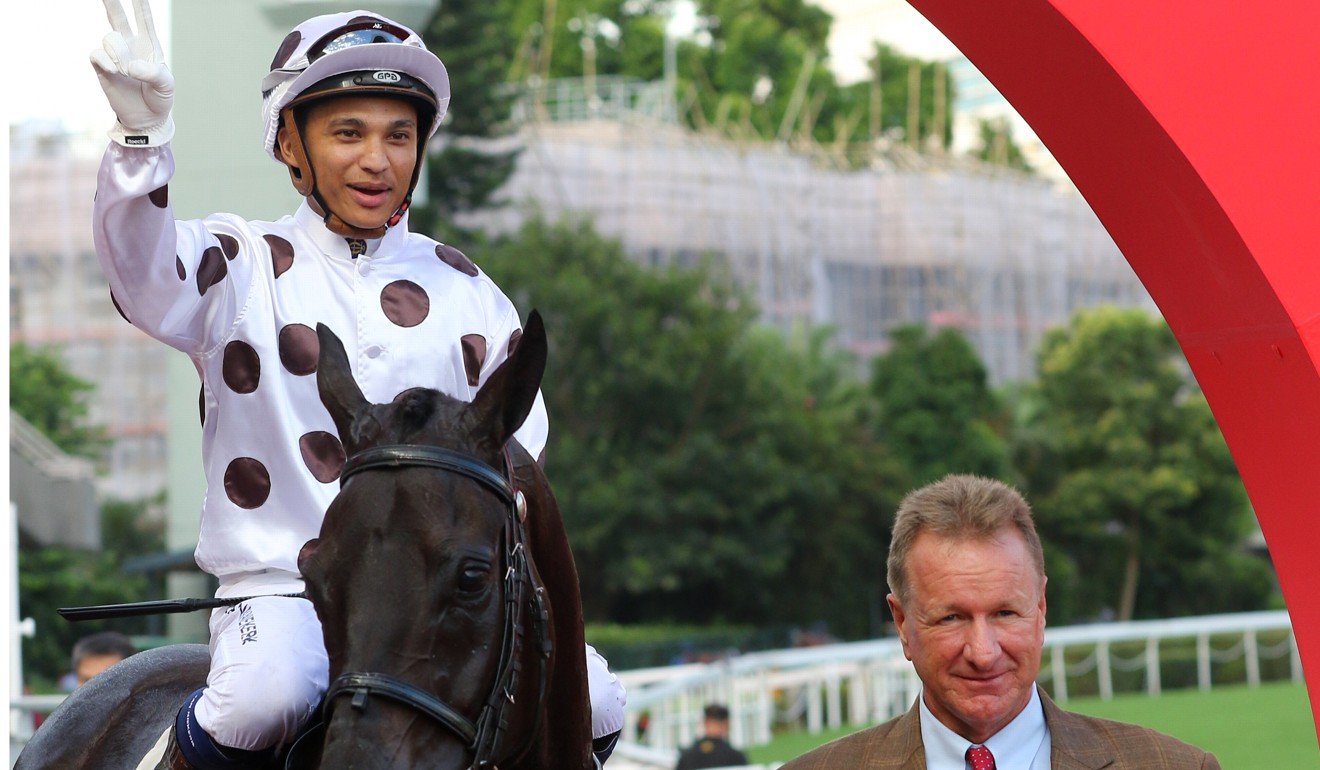 “I know he likes to run fresh but Mr Millard has been keeping him well for this race, I am pretty sure if he comes to the races the way he did last time he will be in the finish again. He’s been one of my better rides this season, he is a horse with huge ability.”

In an attempt to keep his horse fresh, Millard – who shares top spot on the trainers’ premiership with nine wins – has waited nearly six weeks to bring World Record back to the races, with only light work in between.

“He likes to run fresh and Mr Millard has been just playing around with him, we give him the work he needs in the end but we try to keep him as fresh as we can too,” Van Niekerk said. 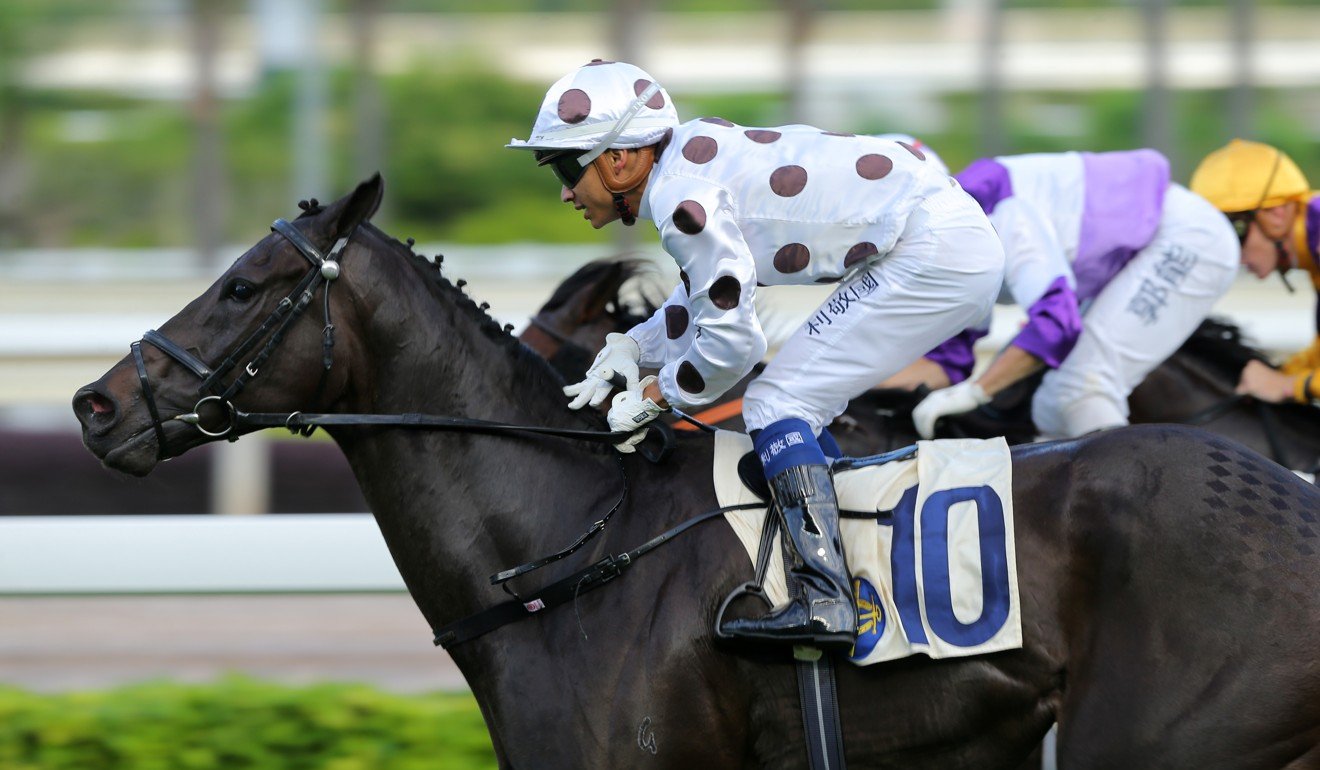 Adding to his strong book of rides, Van Niekerk will also partner Precious Sweetie in the Class Four Tak Wah Handicap (1,200m) after running a flashy second last month on him.

Forced to go back to last on him last start, Van Niekerk hopes the favourable draw of barrier six will allow him to sit closer to the speed this time around.

“He gave me a really good feel last time, he’s obviously a horse that is still maturing,” he said. “He’s got a better barrier this time and I am pretty sure he will be in the finish.

“I’ll ride him in a similar way, maybe a little bit closer, but he’ll switch off and hopefully he will come with a late run.”