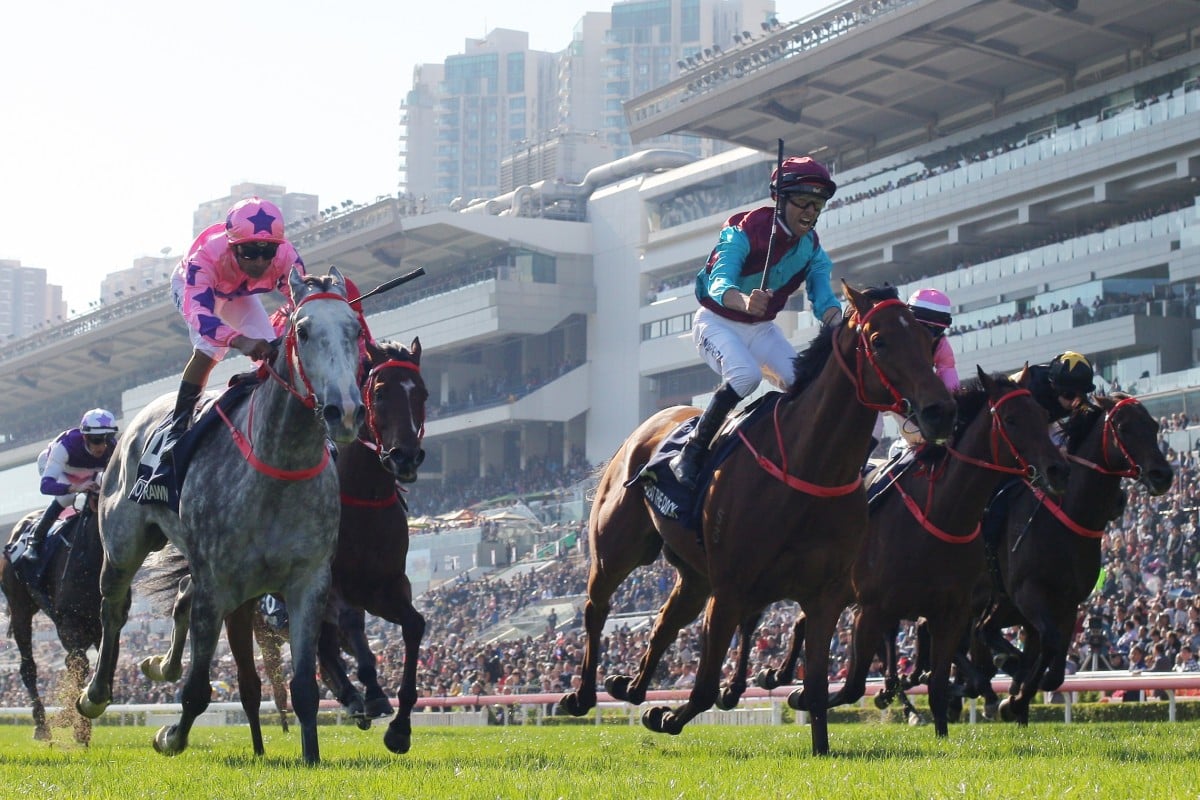 A year that started with the Hong Kong Jockey Club showcasing its might to the world with its first race meeting in mainland China finished with officials pulling out all the stops just to keep the show on the road during months of unrest in the city.

Along the way there’s been world-class achievements on the racetrack, with Frankie Lor Fu-chuen, John Size, John Moore, Zac Purton and Joao Moreira the stars of the show and Beat The Clock, Beauty Generation and Exultant producing nothing short of equine excellence. 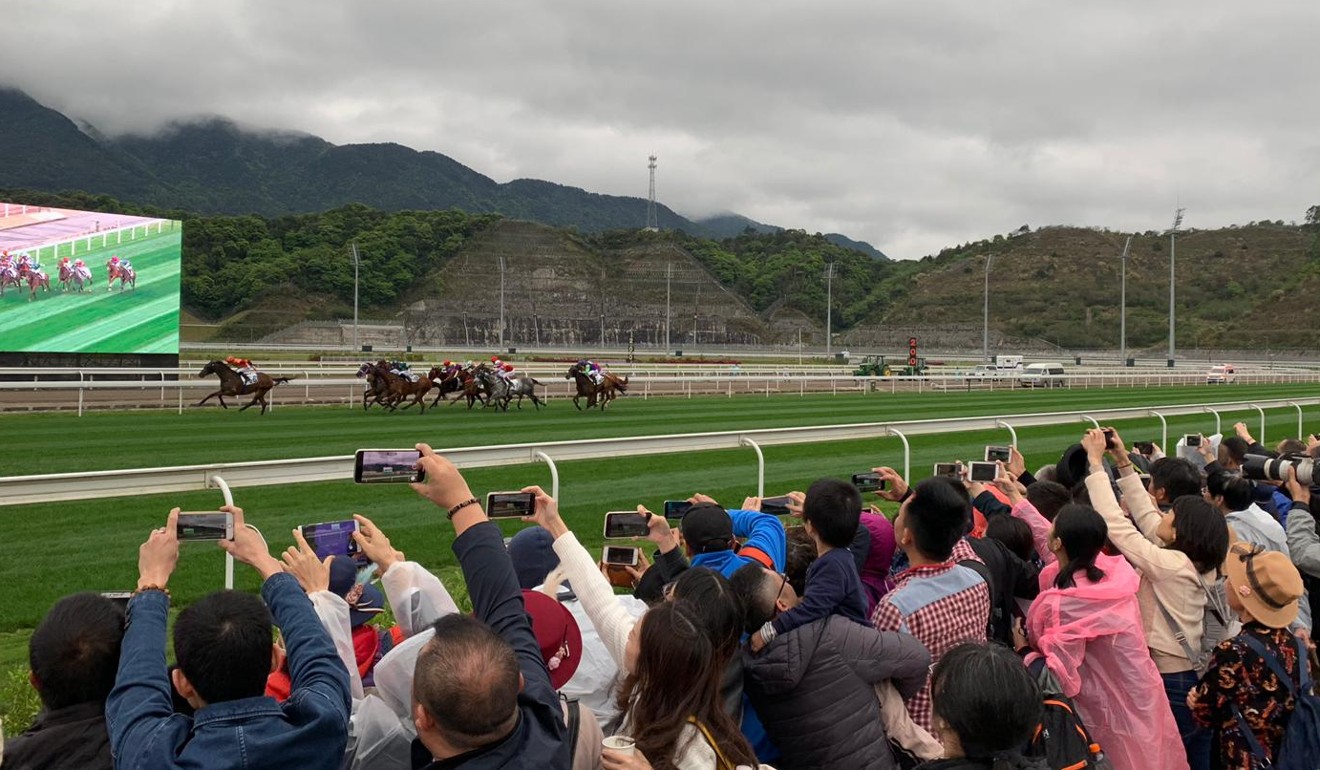 The Jockey Club’s first official meeting in mainland China in March was labelled the perfect platform for further growth by chief executive Winfried Engelbrecht-Bresges and the HK$3.7 billion Conghua facility hailed as the “success story” of the 2018-19 season.

The nine trainers with access to Conghua in its first season raved about the facility, with the softer tracks and serenity allowing them to rehabilitate horses and keep gallopers sound for longer.

Around 3,500 people attended the first meeting, which featured five races but no betting, and the Jockey Club was quick to schedule a return fixture on October. However, it was forced to postpone it in light of the political climate.

After coming of age on international day in 2018 with his first two Group One victories, Frankie Lor Fu-chuen showed he will be a force to be reckoned with for years to come with a clean sweep of the four-year-old series.

He kicked things off with Furore’s win in the Class Mile in January, followed that up with Mission Tycoon’s victory in the Classic Cup in February and landed the most coveted prize of all in March, with Furore fronting up again to snare the Derby.

So impressive was Lor’s 2018-19 campaign that he found himself locked in a battle for the trainers’ premiership until deep into the season, although it was John Size who reigned supreme, landing his 11th title with 78 winners. John Moore finished second with 75 winners, with Lor third on 65.

Zac Purton made it back-to-back jockeys’ championships, capitalising on the part-season absence of Joao Moreira to ride an enormous 168 winners, 78 clear of his Brazilian rival in second. 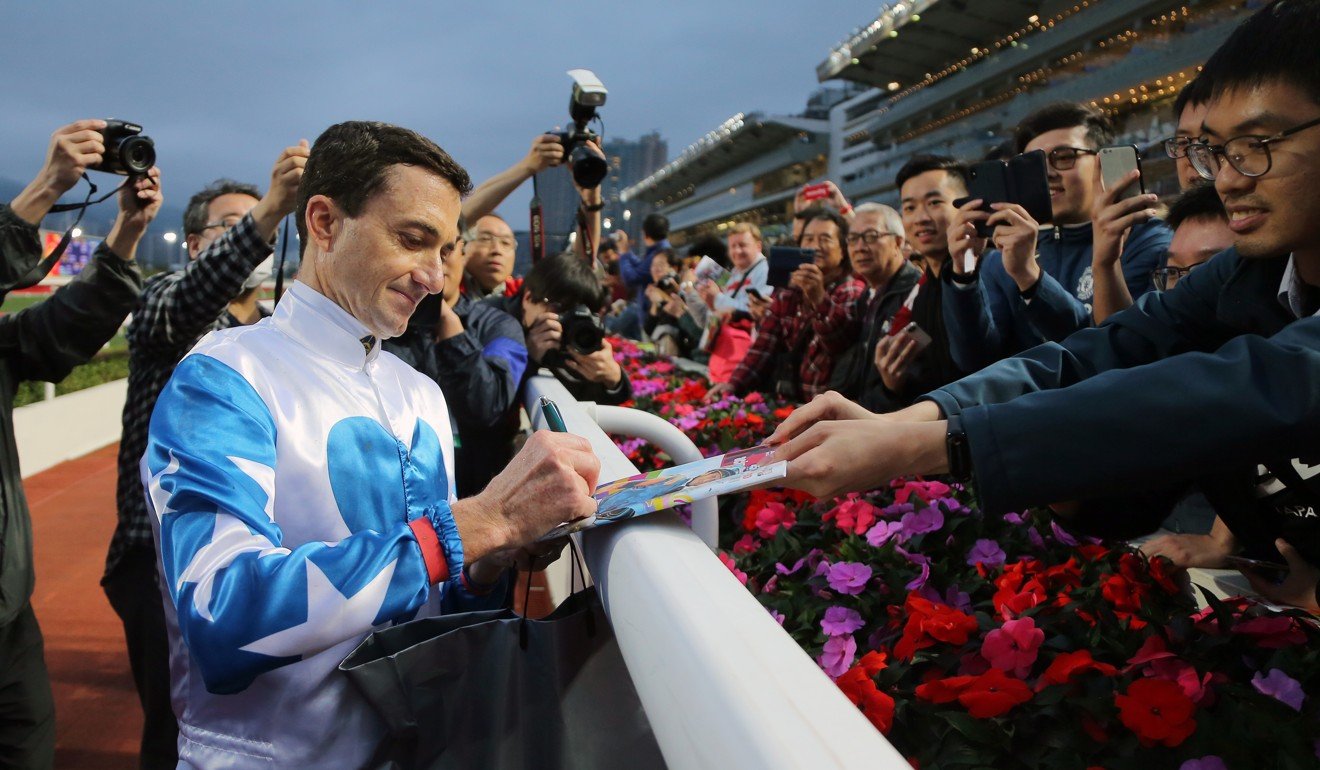 It was a big year for Douglas Whyte, with Hong Kong’s greatest ever jockey booting home his last winner in January, riding in his last race in February and training his first winner in just the second race of the 2019-20 season.

After 1,813 winners and 13 consecutive jockeys’ premierships, the end of Whyte’s career in the saddle came swiftly, with the announcement that he was swapping trades coming on January 22 and the South African riding for the final time just 19 days later.

After a tour of the world’s biggest stables, Whyte returned ready to launch himself into his new career and has proven just as astute as a trainer as he was as a jockey, preparing 14 winners so far this term. The Jockey Club announced turnover reached record levels in the 2018-19 season despite what it described as “challenging economic circumstances”, with HK$124.8 billion wagered on Hong Kong racing.

It was a 0.4 per cent increase on the previous season but the Jockey Club required a late spike to hit the mark after strong early numbers made way for a dramatic drop-off from March to June.

Commingling was the star of the show, with money wagered by overseas customers climbing 13.5 per cent to HK$18.8 billion, while the total bet by Hongkongers dropped 1.6 per cent to HK$105.9 billion. 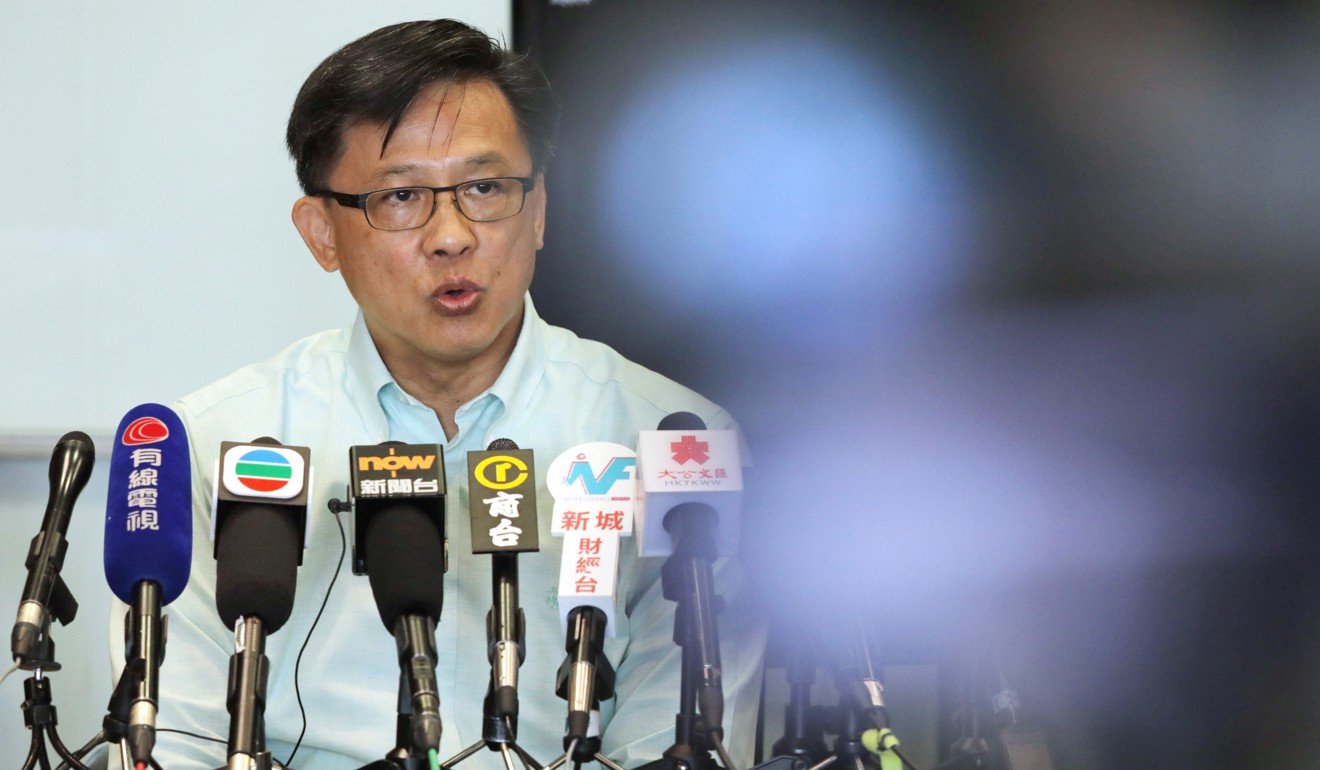 The notion that racing was immune from the political troubles plaguing Hong Kong came crashing down on September 18, with the Happy Valley races cancelled due to safety fears.

Controversial lawmaker Junius Ho Kwan-yiu and his horse Hong Kong Bet were front and centre as the Jockey Club took the extremely rare measure of calling off a meeting.

With Hong Kong Bet down to run, the threat of anti-government protesters wreaking havoc at the city circuit resulted in the meeting being lost.

Safety was again the top priority when the Jockey Club cancelled another Happy Valley meeting on November 13, with escalating unrest making it impossible for officials to ensure employees and racegoers could be transported safely to and from the track. 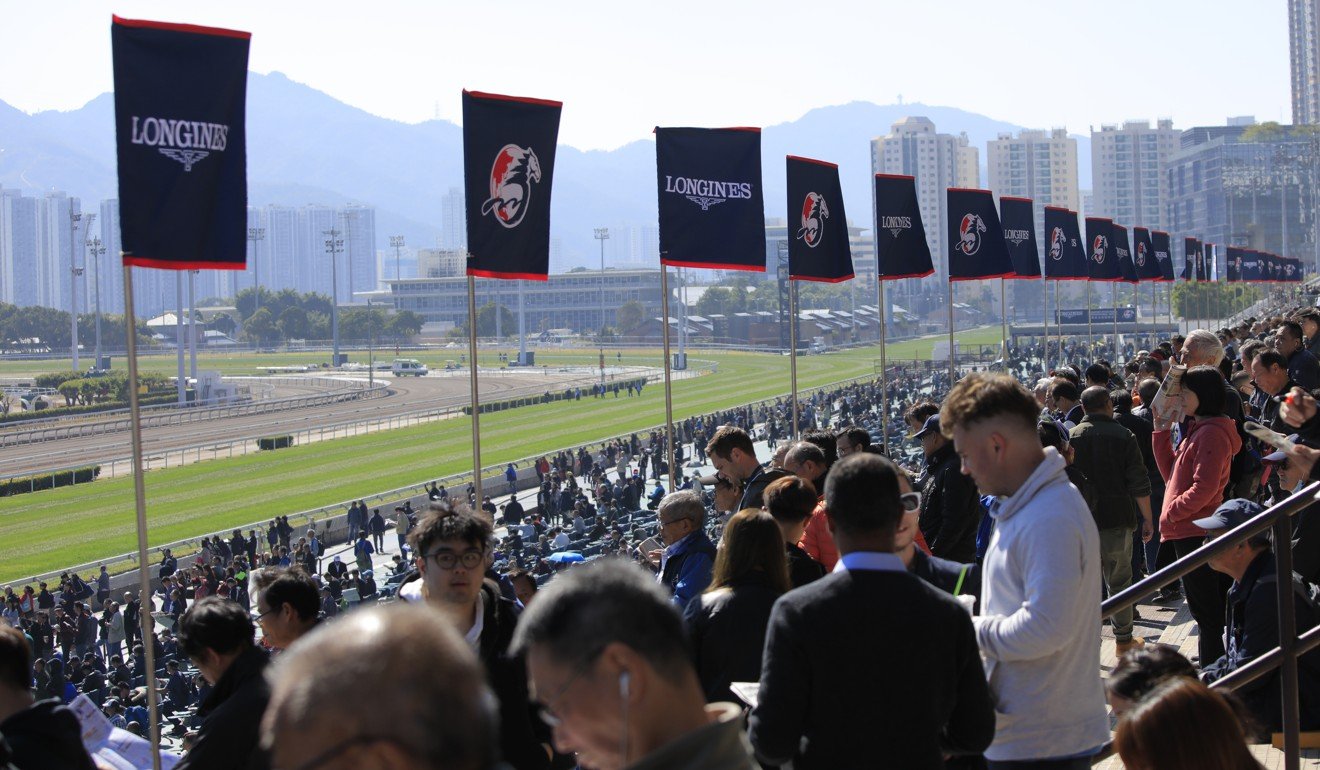 Through all of this the Hong Kong International Races were at the back of the Jockey Club’s mind and there were legitimate fears the jurisdiction’s biggest day on December 8 – and the International Jockeys’ Championship four days earlier – would be impacted by the chaos.

Officials went to great lengths to put overseas connections’ minds at ease and were constantly monitoring the situation in the lead-up to the week.

In the end everything went off without a hitch, with perhaps the biggest blows coming in the form of high-profile withdrawals Magical and Almond Eye, although their absence was in no way protest related.

It was a significantly subdued Sha Tin that played host to the turf world championships, with the crowd dropping from 96,388 in 2018 to 27,965 in 2019, following the trend of decreased attendance that has come with the unrest.

But again turnover stood tall in adversity, with punters investing a record HK$1.71 billion on the meeting.

The day itself was dominated by Japan, with gallopers from the Land of the Rising Sun taking out three of the four Group One races.

While a host of locals – including big guns Beauty Generation and Exultant – had their colours lowered on Sha Tin’s biggest day, the ever-reliable Beat The Clock took out the Group One Hong Kong Sprint to complete a near-perfect season.

The John Size-trained six-year-old delivered a clean sweep of 2019’s 1,200m Group Ones, with the speedsters three top-level wins in the calendar year matched only by Hong Kong’s highest rated horse in Beauty Generation.

Exultant hardly put a foot wrong in 2019, winning four of seven starts – including two Group Ones – and placing in his other three appearances.

And while this year may be looked upon as a missed opportunity for Hong Kong’s biggest stars to travel abroad and showcase their talents, Caspar Fownes had no reservations in sending honest globetrotter Southern Legend to pillage the riches of Singapore, with the seven-year-old landing a second consecutive victory in the S$1.5 million (HK$8.5 million) Kranji Mile.

And although it may not have much immediate impact, the news in November that the two-year quarantine stand-off between Hong Kong and Australia had ended was music to the ears of any trainer considering taking their horse Down Under to compete.